Yesterday’s news that South Australia refused to acknowledge the marriage of British man on his death certificate – further devastating his grieving husband – shone a light on the state’s archaic and discriminatory laws against LGBTQI people, and Australia’s anti-same-sex marriage stance as a whole.

David Bulmer-Rizzi, 32, and his husband Marco were married last year in the United Kingdom, and honeymooning in Adelaide when David was killed in a freak accident.

Due to SA laws refusing to even acknowledge same-sex marriages that took place overseas, David’s death certificate was stamped with ‘never married’, and Marco was not listed as his husband’s next-of-kin. This essentially meant that for every single decision to be made, David’s father-in-law had to give the final OK.

“It is another example of how senseless discrimination of sexual orientation can cause pain and hurt,” Mr Weatherill told the ABC. He personally called both of their families, apologising to Marco and promised to issue a new death certificate, one which acknowledges their marriage. 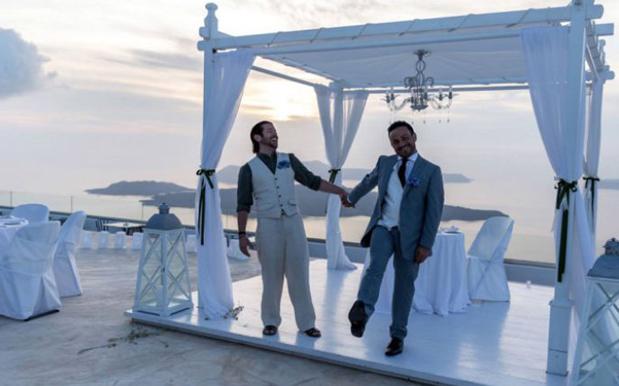 Marco said he was “blown away” by the Premier’s call. “He apologised. He said he would work on ways they can bring a change to avoid this happening in the future,” he told BuzzFeed News.

Weatherill is putting his money where his mouth his. He’ll be introducing a Bill to Parliament later this year to reverse the hundreds of discriminatory laws against both LBTQI people and women that were uncovered in a Government report last year, putting them firmly where they belong: in the bin.