Hey girl, it turns out Ryan Gosling’s talents aren’t just limited to breaking up street fights and being quantifiably good looking, he can also cook you dinner, Bill Granger-style.

Despite being talented famous movie star with a sexy factor that even Bradley Cooper concedes is insurmountable, just like the rest of us Ryan Gosling admits to getting star-struck in the company of his idols, including his favourite Australian chef, Bill Granger.

In a recent interview with GQ Australia, Gosling spilled the beans about his fanboy-like admiration for Australia’s answer to Jamie Oliver:

“[Bill Granger] makes that coconut toast. And he soaks those oats in juice, and puts shredded pear on it…He knows what he’s doing. I got a little star-struck when I met him, because I’ve got all his cookbooks.”

Gosling continues his charge as most swoon worthy human in Hollywood, boosted enormously by this adorable quote from the GQ interview in which he describes the soothing qualities of knitting and a fondness for old ladies in the one answer:

“I did this scene in Lars and the Real Girl where I was in a room full of old ladies who were knitting, and it was an all-day scene, so they showed me how. It was one of the most relaxing days of my life. If I had to design my perfect day, that would be it. And you get something out of it at the end. You get a nice present. For someone who wants an oddly shaped, off-putting scarf.”

The new issue of GQ Australia is out now. 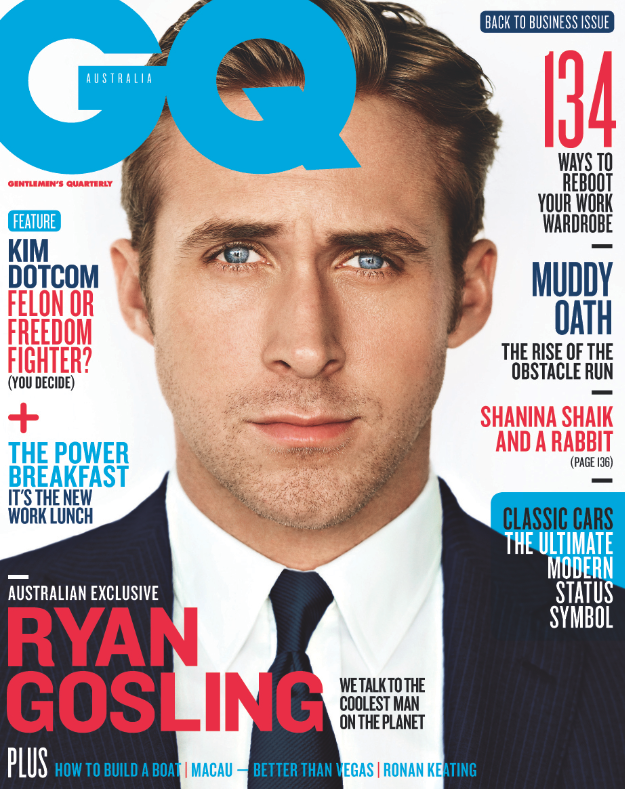