Over the weekend, the Royal cousins all got together to celebrate the Queen‘s Official Birthday – Saturday June 9 NOT her actual birthday, which is in April – at Trooping the Colour on Saturday, a weird arse ceremony at Buckingham Palace where the monarch inspects her infantry units and there’s a bunch of military fanfare and marching and planes and shit.

And then, on Sunday, some of the Royals headed on to Gloucestershire to support Prince Willy in the Maserati Royal Charity Polo Trophy – you know the one with the dudes on horses holding wooden mallets. It’s a thing. It’s for charity. Moving swiftly on –

In attendance at both functions were of course Prince George and Princess Charlotte (Prince Louis is too young for all these royal outings), but the real MVP was their seven-year-old second cousin, Savannah, granddaughter of the Queen’s daughter Princess Anne – which makes Lizzy her great-grandmother.

She’s the kid who after unsuccessfully shushing her four-year-old relo, just straight up clapped a hand over his mouth during Trooping the Colour, reportedly in an effort to stifle the heir to the throne’s giggles. Takes us back to when we were young and in church or at some other semi-formal function where our younger sibling/distant family member couldn’t stop going on about their collection of Matchbox Cars or incredibly rare stamps. Up with that we/Savannah will not put. 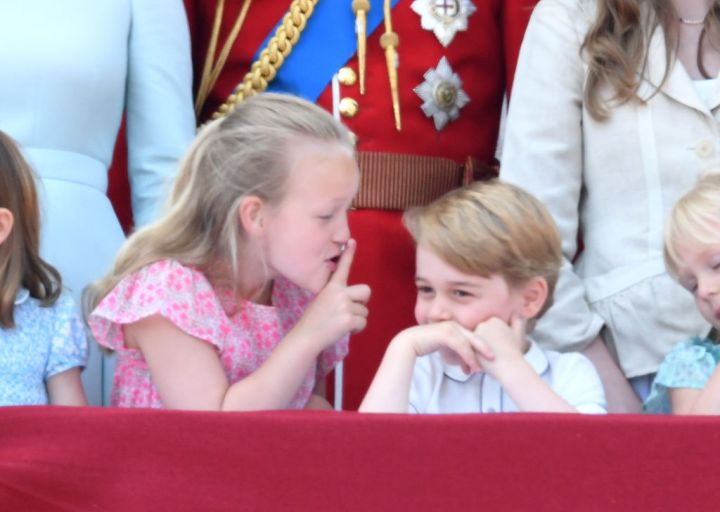 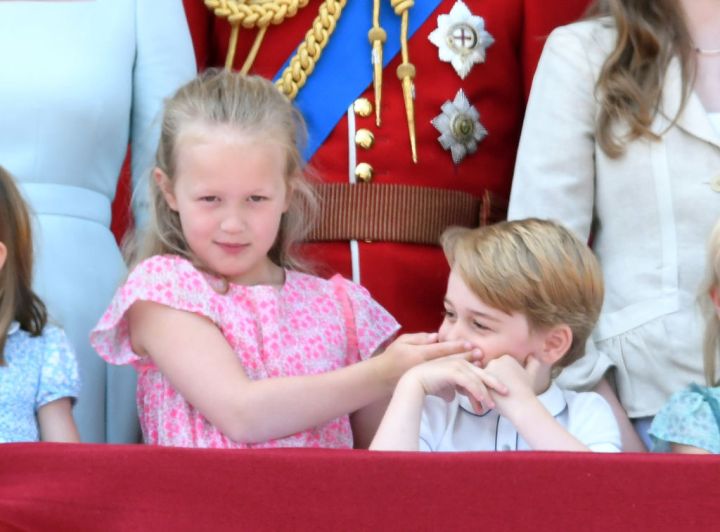 At the polo, the friendly cousin shenanigans continued – you remember don’t you, playing hide and seek, riding rusty tricycles from the ’70s, drinking two-litre bottles of home brand fizzy drink – and by that we mean: Savannah pushed Prince George down a hill when he tried to sit near her, and there’s footage to prove it.

Cousin Savannah strikes again. This time pushing George down a hill at the #MaseratiPolo???? pic.twitter.com/EoRcgQ2QFA

Please also note the boy who kicks a Prince George original artwork down the hill after him. Savage. 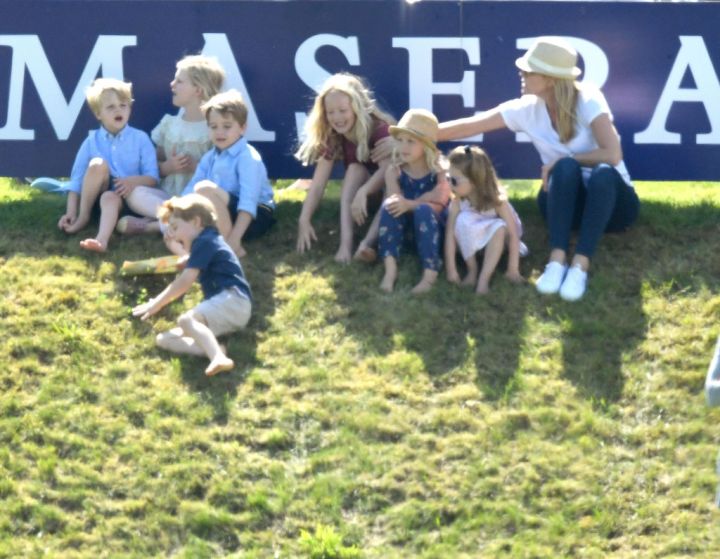 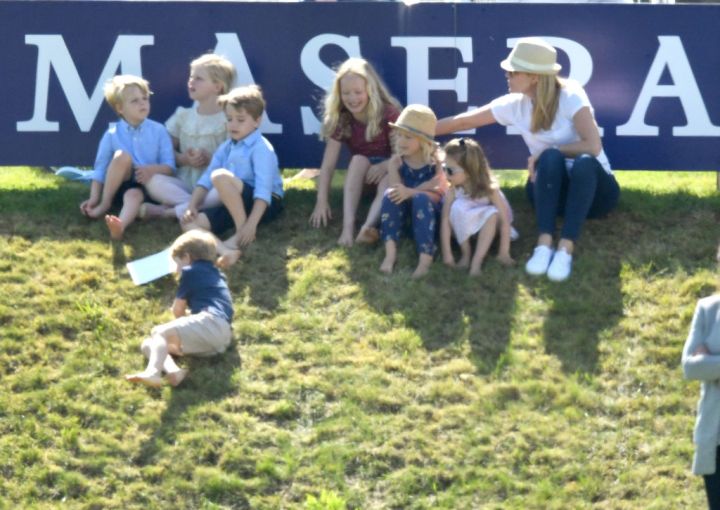 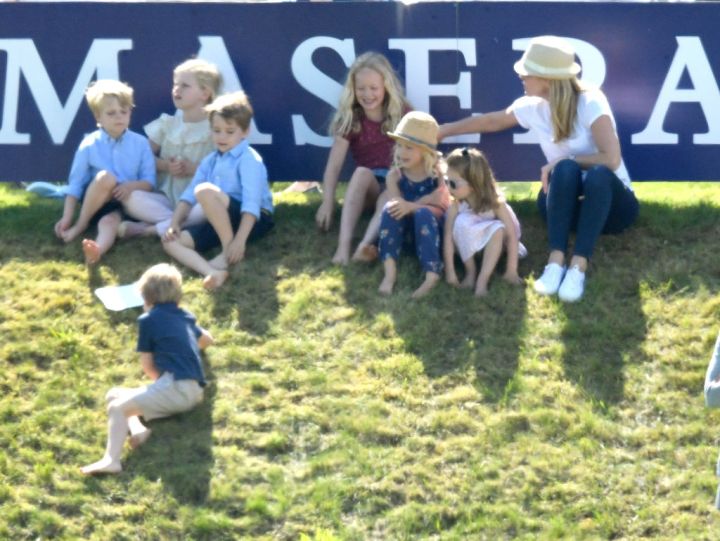 For the purposes of ‘journalism’, allow us to zoom first really closely in on the first frame: Savannah’s glee, and then on her victim, crying out in surprise as he slides through the grass. 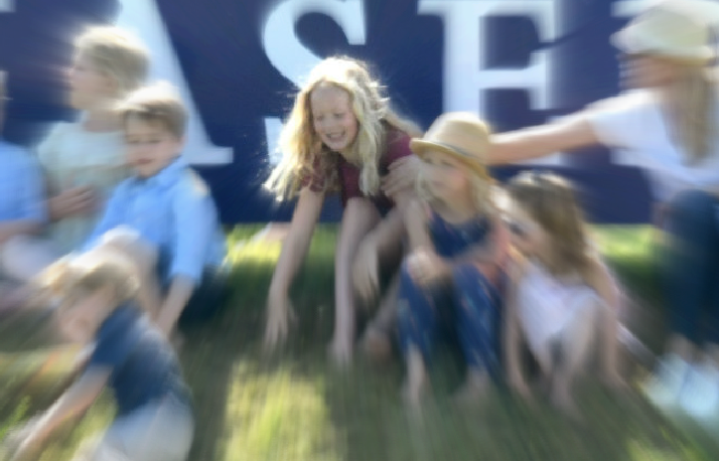 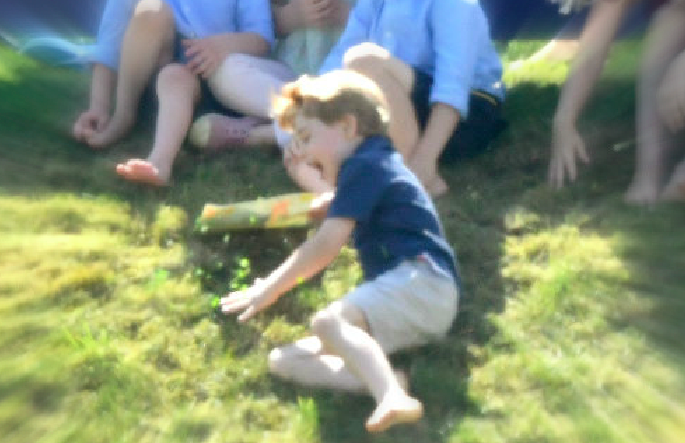 All this sass remind you of anyone?