Produced in association with our mates at Pretty Shady.

In celebration of this summer’s Pretty Shady campaign and their chic new range of limited edition sun protection products that you can win now on www.prettyshady.com, the next few months will see us slip, slop and slap before paddle-boarding into the endless blue for a series of summer guides. See previously: the best summer movies and the season’s best cultural events. What follows below is required reading from this year and years past for your unfettered consumption during the longer daylight hours, between innings of beach cricket or while reclining with cheeky beer in hand.

MURDER IN THE MISSISSIPPI BY JOHN SAFRAN

SYNOPSIS: The story of Safran’s encounter with a white supremacist in Mississippi, who is later murdered by a black man, and Safran’s efforts to get to the bottom of what happened.
WHY WE LOVE IT: It’s John Safran – in written form. What’s not to like? It’s basically a spin-off of his fantastic series Race Relations – and in true Safran form, he uses his incisive wit and empathic investigative skills to highlight the complexity of race relations in the States. Word of warning – for those who already mix up John Safran and Jonathan Safron Foer, this foray into the writing world does not help the situation. 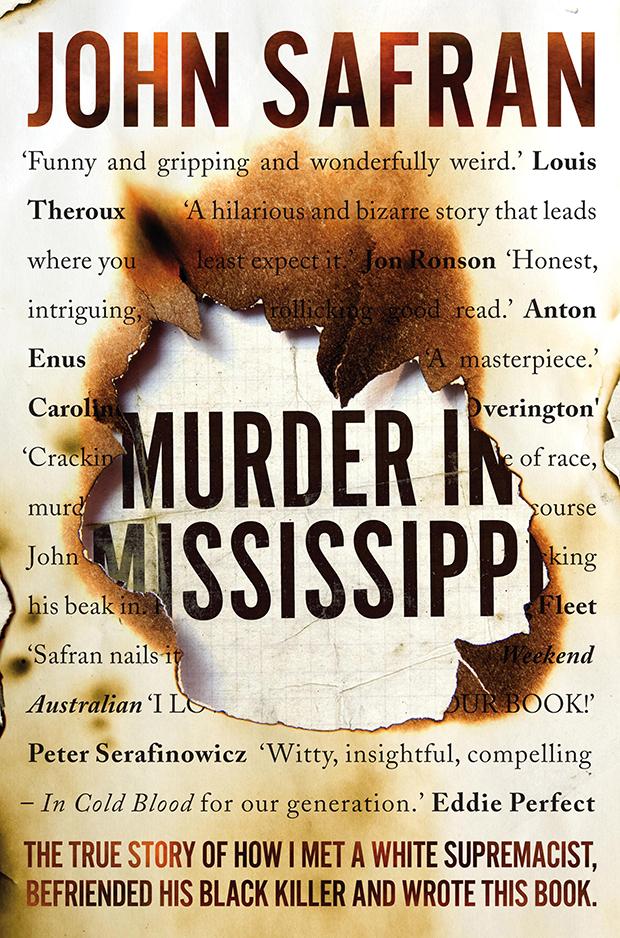 NOT THAT KIND OF GIRL BY LENA DUNHAM

SYNOPSIS: A rollicking, riotously funny collection of Lena Dunham’s real life experiences with sex, friends, ambition, lack of ambition and creepy old men. It’s the stuff of life.
WHY WE LOVE IT: We always want more from Dunham. She’s out there doing – and writing about – what we’re all doing fantasising about doing. 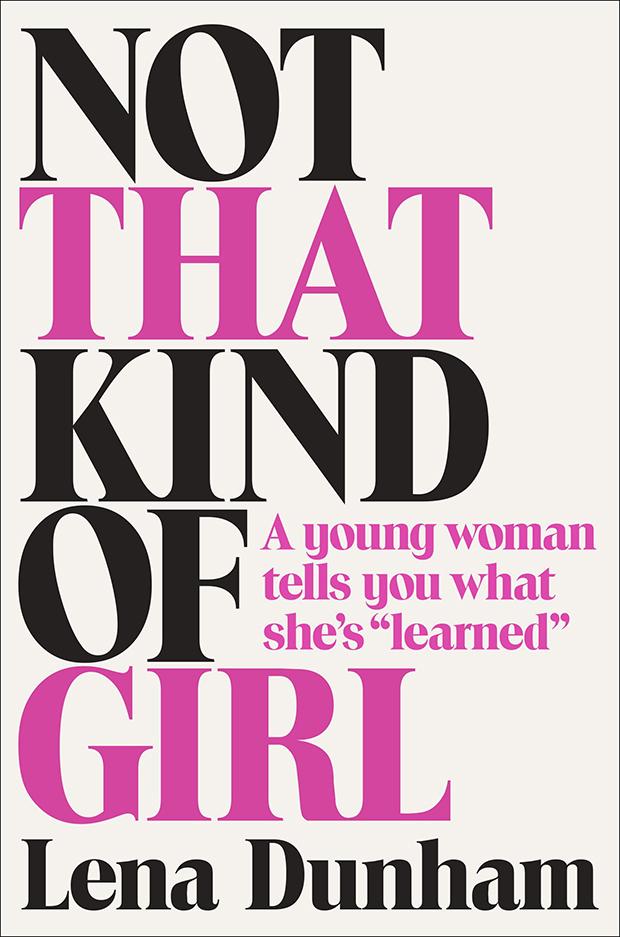 SYNOPSIS: Before Big Brother was a hard-to-look-away-from trash-fest on TV, it was the name of the dictator in 1984. This is a novel about the demise of personal privacy and the rise of institutionally sanctioned data gathering. But don’t fear it’s only fiction – this would never happen IRL.
WHY WE LOVE IT: 2014 is the 30th anniversary of the year in which this classic, dystopian novel is set. That’s right, at some point 1984 was the future – and we’re now 30 years past the future. Mind blown. But seriously, if you’re into classics and you haven’t read this, get on it. 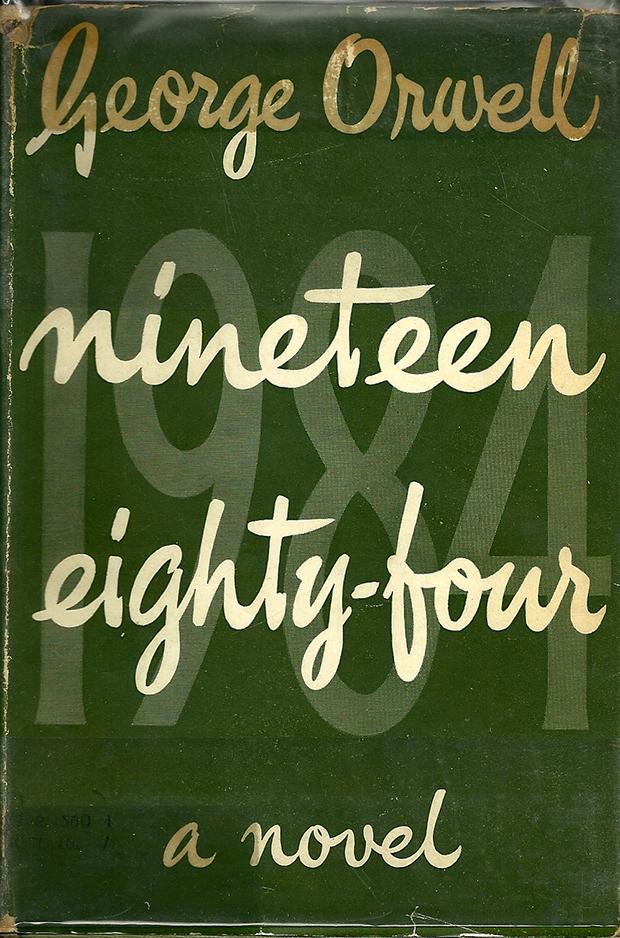 COLORLESS TSUKURU TAZAKI AND HIS YEARS OF PILGRIMAGE BY HARUKI MURAKAMI
SYNOPSIS: Tsukuru Tazaki has his social life at school sorted – he has four best friends. But one day, with no warning or explanation, these friends decide they will no longer have contact with Tsukuru. So begins Tsukuru’s pilgrimage through life as a closed off, emotionally unavailable man (we’ve all been there).

WHY WE LOVE IT: This is the kind of book that you can laud over your friends when you’ve finished it. It’s a complex, slow-building novel with extreme emotional depth that’s totally worth devouring – think of it as being good for your literary health. 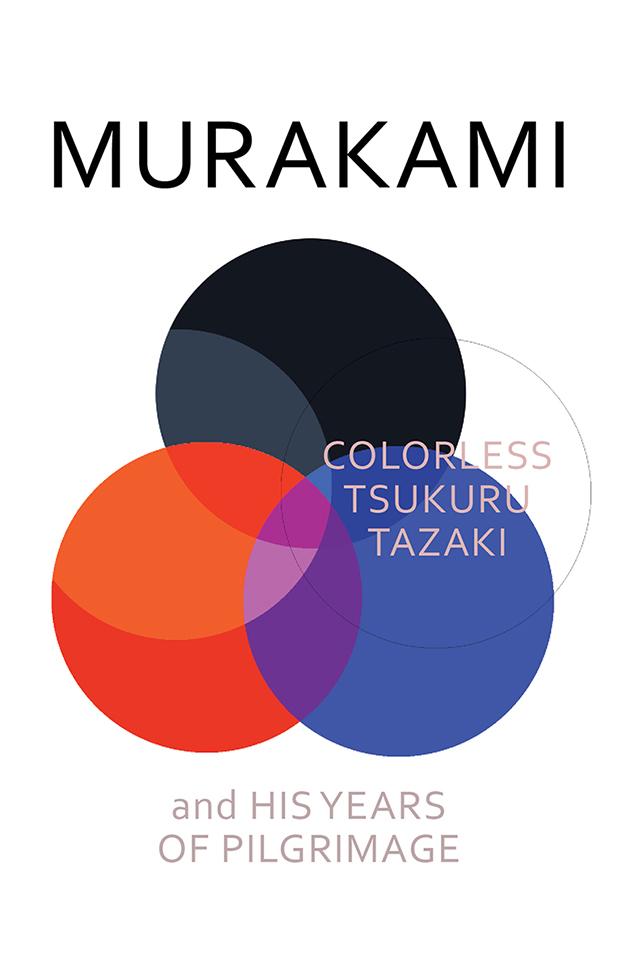 BEAUTIFUL YOU BY CHUCK PALAHNUIK

SYNOPSIS: Penny, a disgruntled lawyer with an ailing sex-life meets billionaire C. Linus Maxwell whose nickname is, wait for it, ‘Climax-well’. They have sex and Penny, well, you know, climaxes very well, only to find out that she was a test subject for a new range of sex toys. Sex toys so potent that women can literally not leave them alone.

WHY WE LOVE IT: You mean you still need convincing after a blurb like that? Well, here goes – Chuck Palahnuik is also the author of Fight Club. 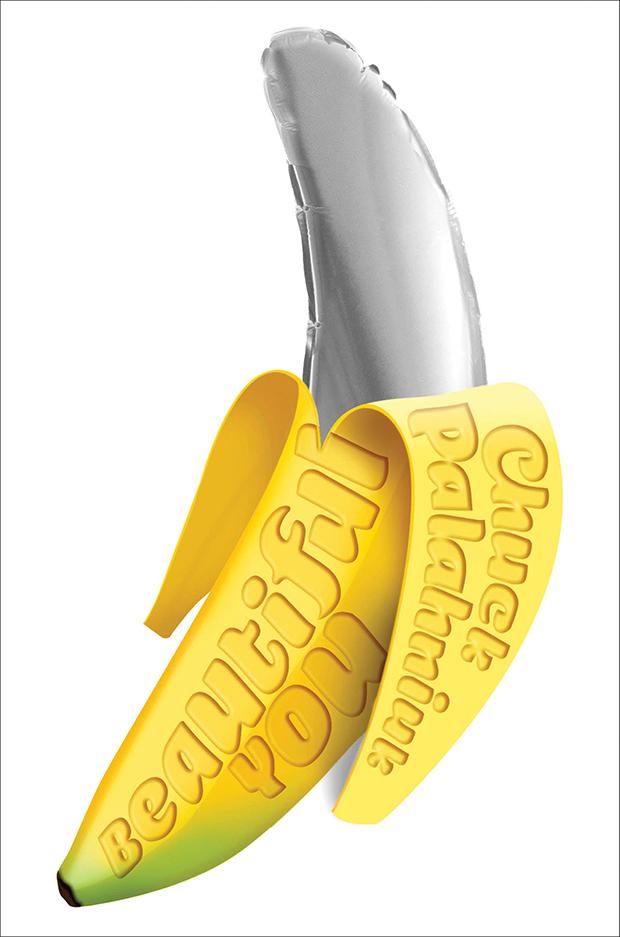 JUST KIDS BY PATTI SMITH
SYNOPSIS: Smith’s coming-of-age meets struggling-artist memoir, captures her years living in 1970s New York with partner and companion, photographer Robert Mapplethorpe.
WHY WE LOVE IT: We all want to live this story (or maybe just parts of it). It’s all in there: starving for your art, the Chelsea, Warhol and the Beat Poets. Even some heroin.

[Ed. note: Just Kids has been kicking around required reading lists for a few years now, and for good reason: if you still haven’t found time to consume it and fall in love with it, make time.] 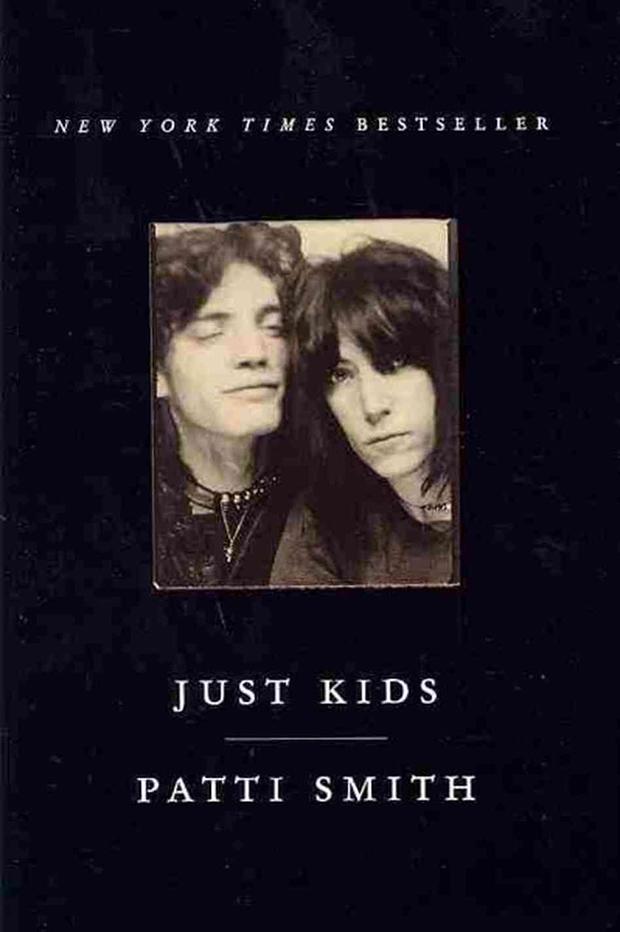 SYNOPSIS: A collection of short stories that, just like his breakout novel The Slap, dive into morally complex and often downright gory situations to examine just how we humans go about negotiating them (hint: not very well).

WHY WE LOVE IT: He’s Australia’s literary hero right now – he’s just so good at getting down and dirty with the gritty stuff of life. Tsiolkas look at what it means to be a 21st century Australian in the face and stares it down till the very end. 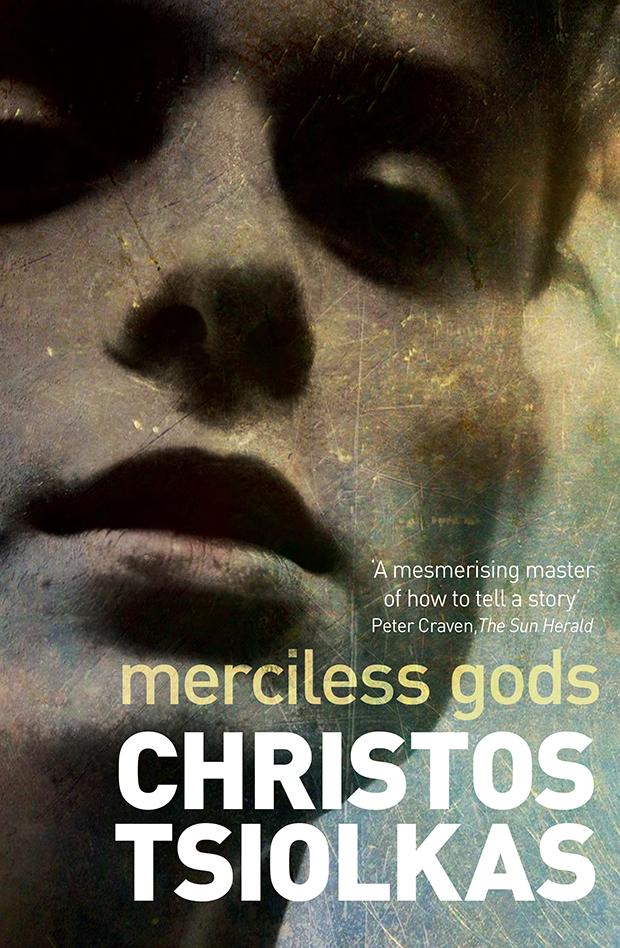 SYNOPSIS: Brand puts his money where that indefatigable mouth of his is, and serves us up his take on how to live a meaningful, socially aware life.
WHY WE LOVE IT: Brand has the uncanny ability to say what we’re all thinking. Sure, it’s kind of a mess and no political scholar in their right mind would endorse his often-opaque stances, but hey, it’s Russell Brand. He’s the thinking-person’s pin-up man. 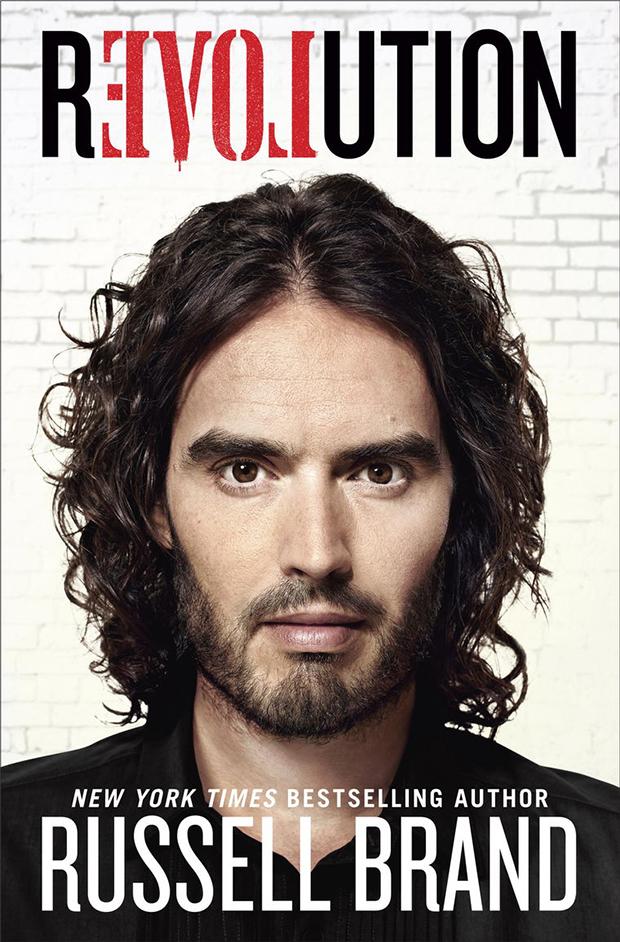 UNDER THE VOLCANO BY MALCOLM LAWRY

SYNOPSIS: The story of a diplomat drinking himself to death in Mexico over the course of a weekend. Oh, and it’s the Day of the Dead weekend. And it’s 1938.
WHY WE LOVE IT: This is a cult classic and will make great holiday reading – here’s hoping for a weekend that isn’t quite as dead as the Diplomat’s. The perfect accompaniment to a frozen margarita. 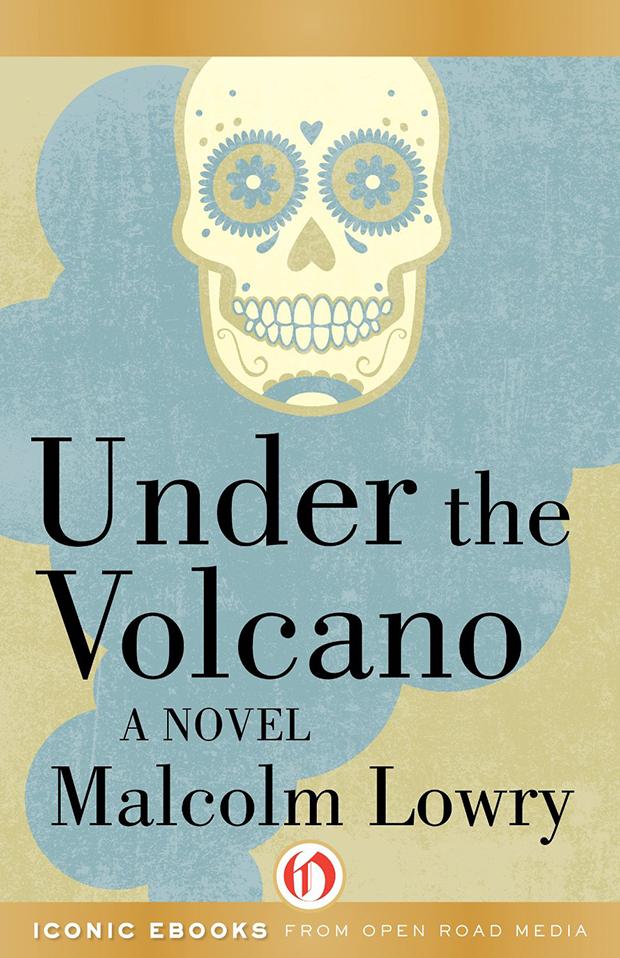 THE PRESIDENT’S DESK: AN ALT-HISTORY OF THE UNITED STATES BY SHAUN MICALLEF
SYNOPSIS: This is a highly abridged, only sometimes factually accurate, hilarious account of America’s history. Replete with Micallef’s trademark wit.
WHY WE LOVE IT: He’s Australia’s favourite polymath (sorry, Nick Cave) and who better to cover the history of America than a Maltese-born, ex-Insurance Lawyer-turned comedian and Australian television presenter? 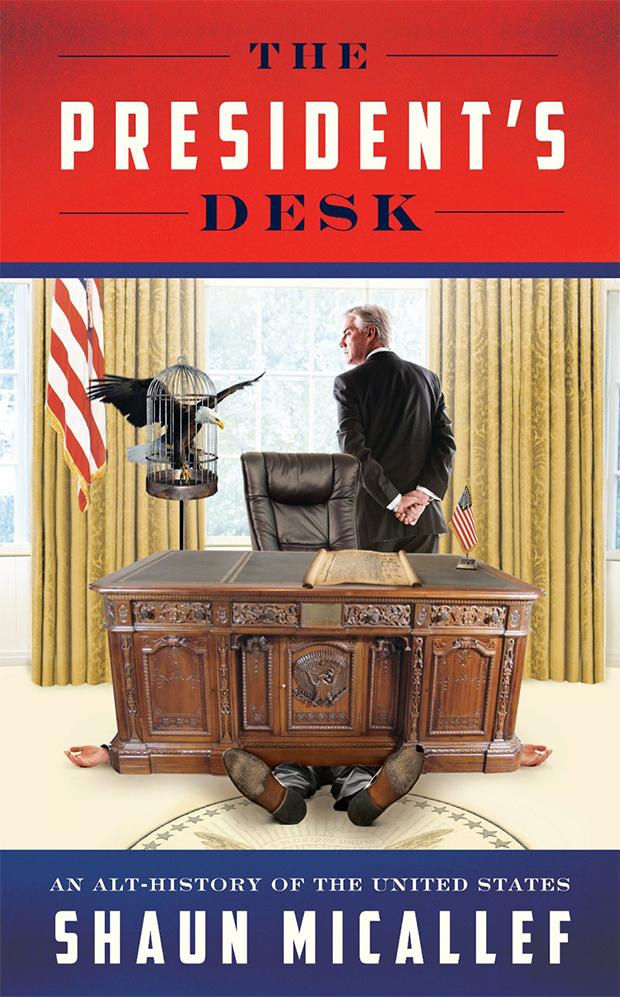 YES PLEASE BY AMY POEHLER
SYNOPSIS: It’s basically a party bag for adults – a memoir of sorts containing poems, short stories, jokes, photos and lists from one of our favourite comedians, actors and now writers.
WHY WE LOVE IT: It’s sassy, sharp and ridiculously funny. Plus, she actually gets at some pretty important life-truths – and you don’t even realise she’s doing it – that are almost better than breakfast foods. 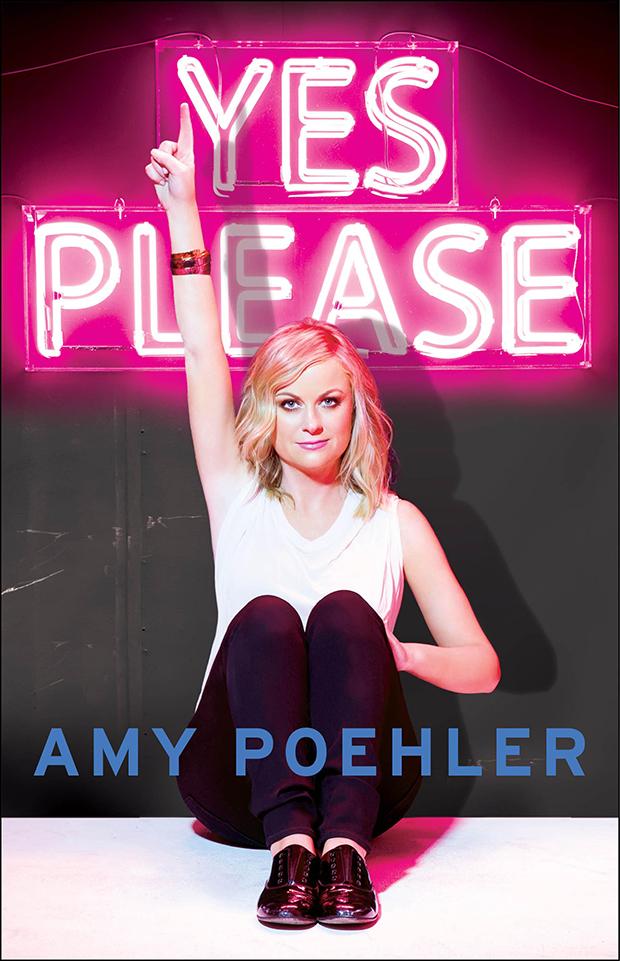 WHAT I LOVED BY SIRI HUSTVEDT
SYNOPSIS: Despite the pretty simple title, the novel begins as an intimate study of the lives of four artsy-intellectuals living in late 1980s New York, and ends as an utterly riveting thriller, complete with a textbook psychopath.
WHY WE LOVE IT: It’s fantastic writing and an excellent rendering of adult friendships – but the best bits are the guided tour you get of the 1980 New York arts scene and the dive into the club and party drug culture of the time. Think garish costumes, drug binges and the Club Kids of the New York party scene. 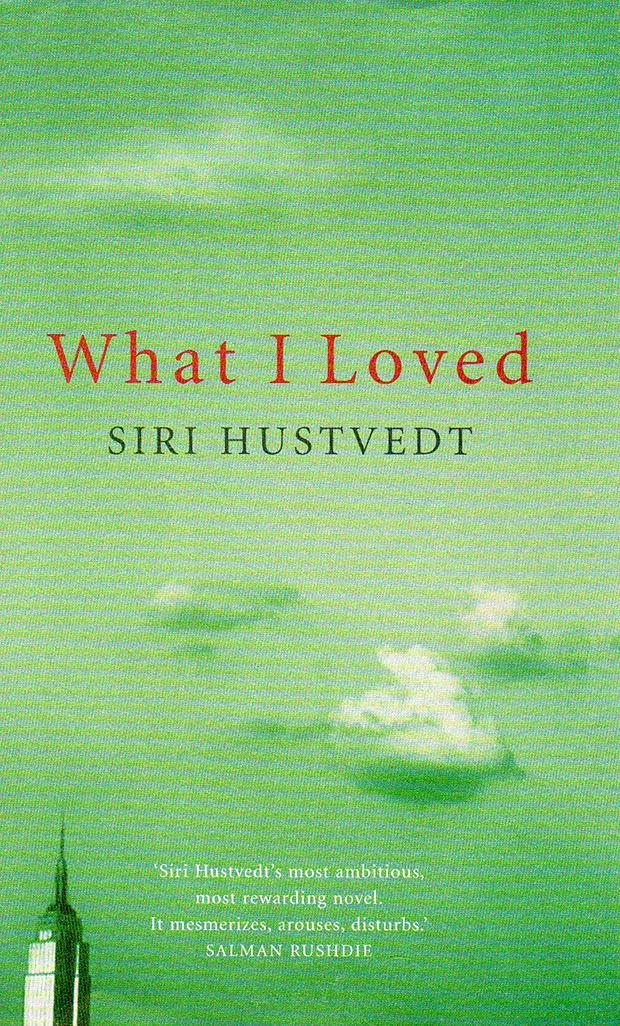