PEDESTRIAN.TV has teamed up with Vans to reignite our love for Sailor Moon.

Sailor Moon was the first show I remember watching as a kid where ladies were front-and-centre, friends, strong af, but also feminine. All I wanted to do was yell out, “Moon prism power, make up,” and transform into a badass with the huge bow to prove it.

But today may be the closest I’ll ever get because skatewear brand Vans has dropped a special collab with the iconic 90s Japanese manga-turned-anime series. The Sailor Guardians are on a bunch of shoes, T-shirts and accessories, available online or in-store. 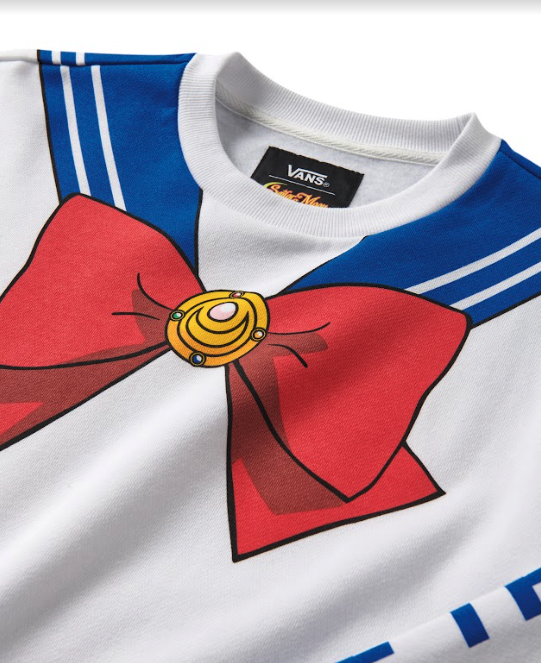 To celebrate, we’re ranking the guardians by how badly they’d throttle me. Even with the added confidence of rocking a Sailor Moon t-shirt with bow and all, I know every last Sailor Scout could kick my weak ass.

It feels sacrilegious, but either way, we’re counting down to who could ruin me the most.

Strength was not Sailor Mercury’s thing and honestly, same sis. I always related to her the most as a kid because she loved books — and also lacked confidence! She wasn’t fab in a battle — her nerdy strengths were better suited to strategy.

I reckon I’d stand a slight chance against Mercury. Although given a lot of her warrior moves are defensive rather than offensive, she’d probably be able to best my shoddy attempts.

Um, this went right over my head as a child but Sailor Venus had a ‘Love-Me Chain’ that mimicked a whip for one of her powers. Spicy! Anyway, let’s just say the whip doesn’t scare me so bring it on Venus.

My defences would be down around Uranus. Sue me and my childish humour, but I’d be stifling giggles. Uranus has some serious physical strength and carries around that bloody sword, so it would be game over for me real quick.

If I had my way, I would prefer to fight Sailor Moon early on in the series. She had self-doubt back then and enjoyed a good cry. Either way, she is the one named Sailor Moon, never runs from a fight and is literally the only person who can get her mitts on that Silver Crystal, AKA the source of absolute and limitless power… I’d have been toast even during her less confident days.

This was a tough call. You’d think Sailor Jupiter would take out the top spot because she certainly brings the brawn to the Sailor Scouts. She’s bigger, faster, stronger, was trained in martial arts and casually whips out magic attacks with thunder and nature.

Of course, she’s a unit who could squash me in one second. But she’s a gentle spirit who just likes to garden and cook. I’d be trying so hard to befriend her that I think she’d hold back on me.

Sailor Mars scares the shit out of me. She’s one of the only ones with powers in her civilian form, so if push came to shove, she could destroy me any time she pleases. Plus, she’s got psychic skills and her magic powers come in the form of fire. Get away from me, Mars!