Snapchat users may have noticed that its Giphy feature has been temporarily removed from the app. Snapchat dropped the feature after shocked users saw a terribly racist GIF pop up in its search section. This was despite the fact that Snapchat had reportedly set a PG+13 filter to the feature.

21-year-old William Parkes from the UK was apparently the first Snapchat user to come across the GIF. Parkes initially thought the GIF was some sort of glitch but after learning friends could see the GIF too, he alerted his local media of the news. Parkes shared his concern with The Sun saying, “If you think about how many millions of people use this app, it’s just mad that something so racist is out there.” 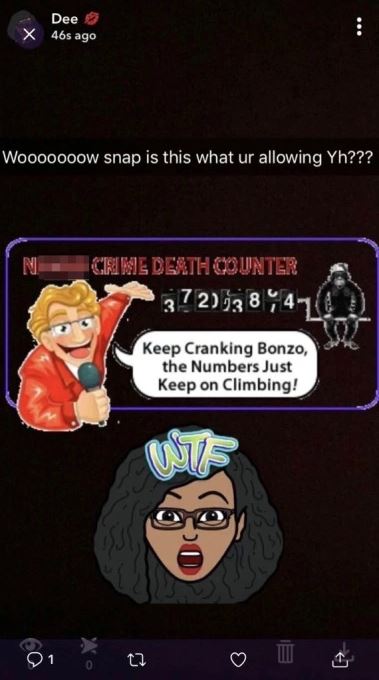 After the story broke on Thursday, Snapchat was immediately alerted and the feature removed as they reassessed its functionality with Giphy.

If you’re unfamiliar with the specs, GIPHY is an online search engine for animated static images. There are literally millions of GIFS in their database because users can share and upload their own GIFS which is how the racist one unfortunately found its way on Snapchat. The selfie-sharing app first introduced the GIPHY feature earlier this year in February in an effort to improve its popularity after its infamous format change enraged their user base.

Exactly how Snapchat will fix this issue is still uncertain. With such a massive GIPHY database, it’s going to need something more than filters to fix the issue.

Safe to say, it hasn’t been a great start to the year for Snapchat.

Just last month, Snapchat’s stock fell by $1.6 billion after Kylie Jenner tweeted “sooo does anyone else not open Snapchat anymore? Or is it just me…ugh this is so sad.”