We all love a major blunder, don’t we? An absolute blooper. Someone beaning it so hard you have no option but to laugh at the severity of the mess made. This particular one is a real doozy — a royal cock-up served up on a plate — and it involves Queen Elizabeth II’s upcoming Platinum Jubilee.

The Queen’s Platinum Jubilee is a pretty big to-do this time around. She’s the first British monarch to rule for a straight 70 years so the importance of everything being just right is pretty high. It also means that a metric fucktonne of commemorative merchandise is being mainlined into England.

It sure would be a shame if something went awry.

And I’m very happy to report that it has.

I present to you: this.

Per the BBC, a large number of commemorative plates and tea sets were ordered to be made by a Chinese manufacturer by another UK company who wanted to make bank on Liz’s big day.
READ MORE
BBC Reporter Accidentally Tweets The Death Of The Very Much Alive Queen Elizabeth II

The unknown UK company bailed out of the deal when they saw the products had an error on them — which was put down to a translation mistake. Instead of reading “The Platinum Jubilee”, all of the pieces read “The Platinum Jubbly”. 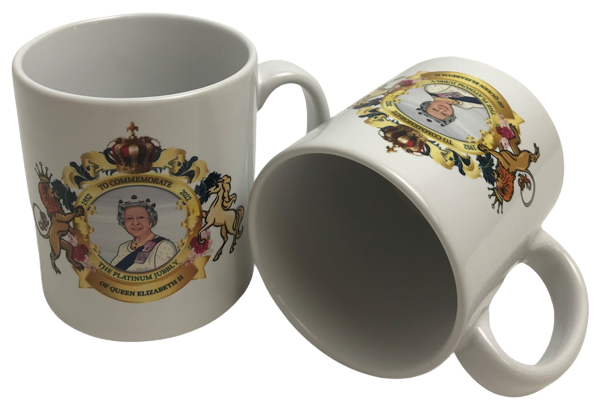 Platinum Jubbly. I’m hooting and hollering at this. Just banging my hand on my desk and wheezing over the fact there are thousands of these plates and teacups out there with “PLATINUM JUBBLY” scrawled across them.

God, they’ve done Liz real dirty in that portrait too. This plate is just straight up and down cursed and I want one to put up in my house for the rest of my life.

When the UK company knocked back the shipment of the bung crockery, an excess clearance stock reseller picked it up knowing that someone out there (me) would want over 10,000 jubbly Lizzies (it’s me).

But instead of trying to flog them off one by one, the whole shipment is being sold in one go.

So if you would like to buy yourself a timeless collector’s item of possibly one of the most hilariously-cursed moments in royal merch history (and you have a spare AU$61,640) you absolutely can.

One condition only: you gotta give me at least a plate.