Corners of Twitter are aghast this morning after Qantas‘ twitter account, @QantasAirways, tweeted an image of competition winners “liv[ing] up to their promise”. In the image, two men stand in Wallabies uniforms, wearing afro wigs and blackface. 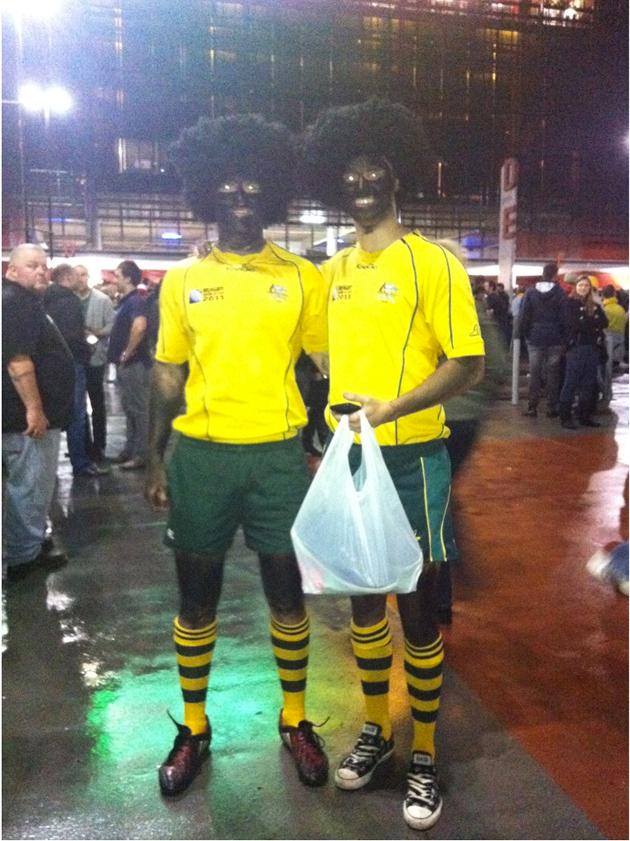 Just what promise was it they lived up to? Surely Qantas wouldn’t actually endorse blackface by making the mention of it a winning entry in a competition?

No words. Lots of questions. Like, how on Earth did Qantas think that was a good idea?

UPDATE: The tweet has been deleted and the Qantas twitter account is in damage control, apologising to outraged users and noting that the two men even had their photo taken with Radike Samo. 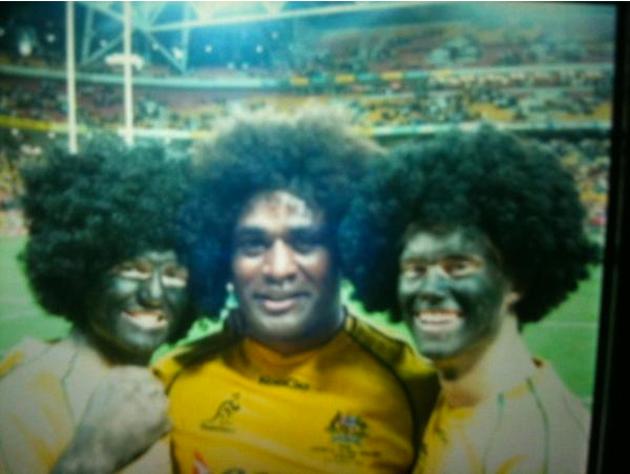 Good to know the bemused-looking Samo is the arbiter of appropriate cultural sensitivity, Qantas. You can stop being offended now, everyone else!