Pokémon Dick Pics Are A Thing, ‘Cos The Internet Is Way Too Predictable

Look, we’ve all had a laugh. We’ve ‘ad a giggle. We’ve let Pokémon take over our adult lives while simultaneously acknowledging the phallic and yonic qualities of certain types, using the gaming sensation as freshly-relevant fodder for our perpetually dirty minds. 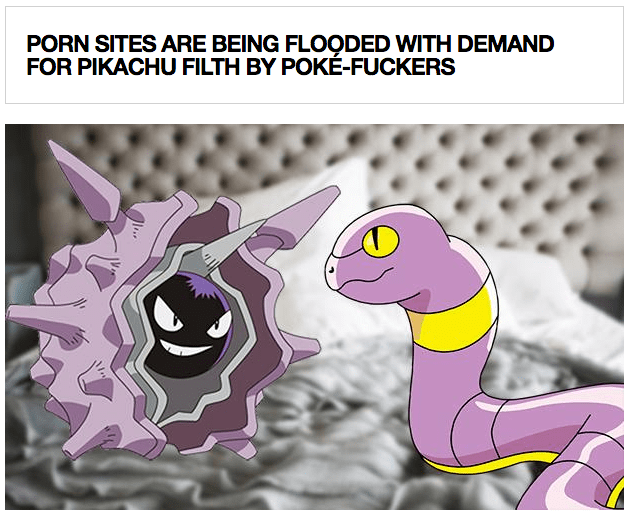 But have we gone too far?

Because a not insignificant number of people are now sending Pokémon dick pics, because nothing – not even the realisation of your nerdy childhood dreams – is sacred.

That, dear friends, is a Diglett.

A Diglett is a ground Pokémon that closely resembles a chode, and a diseased one at that. Nobody has ever seen the bottom half of one, so for all we know, Diglett Cave is actually populated by swarms of subterranean dudebros, just trying to show us “what we’re missing”. Digletts evolve by joining up with two other Digletts, a process unofficially known as ‘triple-teaming’.


The point is, they look like little tiny wangs. This has not gone unnoticed, and now we live in a world where PokéDic Picks are a thing.

This Diglett is soo hard to capture.. #PokemonGo pic.twitter.com/mWxoEKijmc


Things aren’t just all about the Diglett, though – look, here’s a Pidgey perching on some dude’s morning wood.


There is even a Pokémon subreddit dedicated to dirty-minded Pokégags, but it is extremely NSFW. Click at your own risk.