The Holocaust Museum in Washington DC is the latest ‘inappropriate place for a Pokéstop‘ location in insanely-popular new AR mobile game Pokémon Go.

The museum has had to politely ask people to stop playing on the premises, with communications director Andrew Hollinger saying,

“Playing the game is not appropriate in the museum, which is a memorial to the victims of Nazism.

We are trying to find out if we can get the museum excluded from the game.”

An image from one Pokémon Go user showed that a Koffing was one of the Pokémon that was around the museum. And, erm… Koffing is a gas/poison Pokémon. Which was in a museum about how Nazi’s murdered millions of people using gas chambers.

SOMEONE FOUND KOFFING IN THE HOLOCAUST MUSEUM IM DEAD pic.twitter.com/2v35SToUua 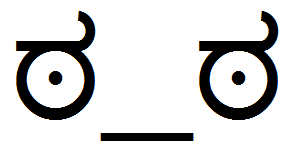 In an article published by the Washington Post, the journalist who attended the museum encountered players of the mobile game on arrival, including one bloke who’d actually attached a lure module to Holocaust Museum in order to attract Pokémon.

Another player at the museum, Angie (she declined to give her surname), said, “It’s not like we came here to play, but gotta catch ’em all.”