Ever thought, “I love throwing out my rubbish, but just wish that my neighbours could easily examine what I’m chucking without waking me up by climbing into my bins late at night?”

If so, then we’d recommend moving within the jurisdiction of Mindarie Regional Council in north Perth, who have wheeled out a transparent bins for a select few residents.

It’s part of a waste-reduction campaign called ‘Face Your Waste’, which one of my fellow writers said sounds like “the new album from crossover thrash lords, Municipal Waste“.

Talking to ABC Radio Perth, the council’s chief executive Gunther Hoppe said the bins are supposed to be a conversation starter, but ideally not one which begins with, “so, you’ve gone through a lot of tissues this week, huh?“ 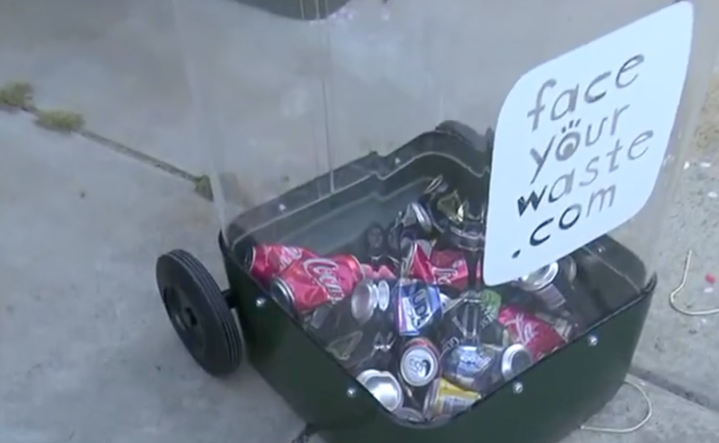 Everyone will see your UDLs. (Image: 7 News Perth)

A hypothetical which I’m sure sounds perfectly possible in brainstorming meetings.

Ideally, the campaign will help the WA Govt reach a 2020 target where 65% of the state’s household waste would be re-diverted from landfill. Currently, they’re around the 50% mark.

Only 20 bins are being rolled out for the campaign, which will last for eight weeks. Select homes will receive them, but won’t be forced to use the bare their trash for the world if they don’t want. We’re going to go out on a limb and say most of these bins will not be used, but we definitely admire the idea behind it.

Catch them in all their incredibly revealing action here, in a 7 News Perth report:

By next week clear bins will replace green ones in a trial at homes across Perth. #7News pic.twitter.com/Sjny9ILNXr