Another Spanish Painting Has Been Destroyed During Restoration, So G’Day Potato Virgin Mary

Yet another Spanish artwork has been ruined by a botched restoration attempt, prompting calls for tighter regulations to protect cultural heritage.

Instead, the restorer failed to fix up the Immaculate not once, but twice, resulting in a smudgy horror, and what appears to be a slapdash Identikit.

For the record, here’s a glimpse of what an original Murillo is supposed to look like: 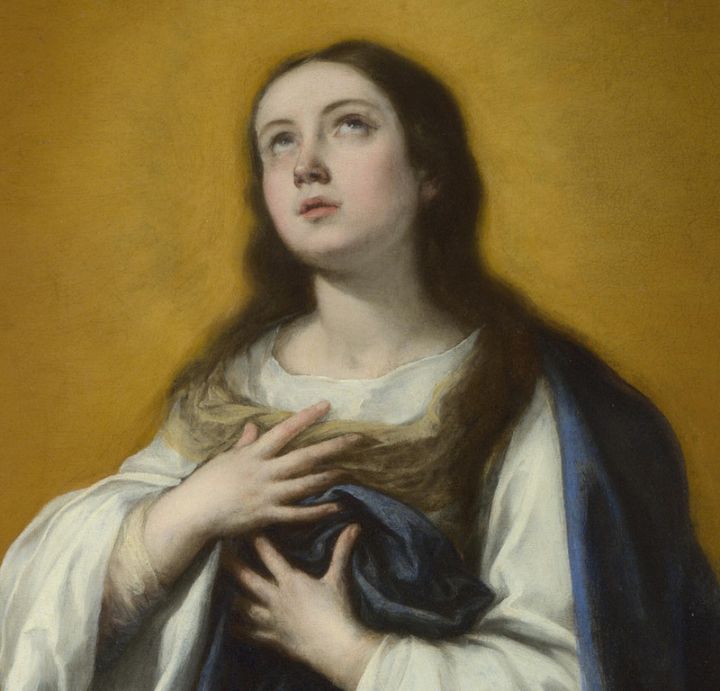 If you’re thinking this feels familiar, you’re not the only one.

Speaking to the Guardian, Fernando Carrera, a professor at the Galician School for the Conservation and Restoration of Cultural Heritage, said incidents like this – and the infamous 2012 restoration of a painting of Jesus Christ by a Spanish parishioner, who left the Messiah looking like a melted candle – prove the need for strict guidelines in the restoration field.

“Paradoxically, it shows just how important professional restorers are,” he said.

“We need to invest in our heritage, but even before we talk about money, we need to make sure that the people who undertake this kind of work have been trained in it.”

While it’s funny to look at the occasional artwork re-rendered as a potato, the truth is that Australia isn’t exactly exempt from this kind of deal, either.

You only need to look at a mining giant exploding a site of Indigenous Australian culture to recognise how some elements of history are handled, shall we say, haphazardly.

Still, history is a slippery thing, and we’ve also seen the destruction of monuments as a conscious political act. Consider protestors in the UK removing a statue of a slave-trader, after deciding that, actually, some folks aren’t worth immortalising through statues and artworks.

But that’s a bigger discussion than this piece allows, so I encourage you to stare at the porridge-bowl faces presented above.