Over 100,000 People Want Jon Stewart To Moderate A US Presidential Debate

The post-Daily Show world for Jon Stewart is a curiously undefined one; his cup now overfloweth with free time.

And beyond indulging his long-held love of the glorious sport of professional wrestling by providing hosting duties to this weekend’s WWE SummerSlam pay-per-view in Brooklyn, Stewart’s next move is largely unknown.

A Change.org petition started up a couple of weeks ago has now managed to accumulate some 118,000-odd (at time of writing) signatures, urging the Commission on Presidential Debates to let Jon Stewart moderate a 2016 United States Presidential Debate.

Stewart also received Peabody Awards for The Daily Show‘s coverage of the 2000 and 2004 Presidential Campaigns.

It’s an interesting proposition, and would certainly provide the most entertaining Presidential debate of all time. And if Jon does indeed end up with the gig, it’ll probably the only way that Donald Trump will be prevented from getting near the White House.

But whether Stewart actually wants to accept the post as chief chaos wrangler of Bullshit Mountain obviously remains to be seen, no matter what the public sentiment. 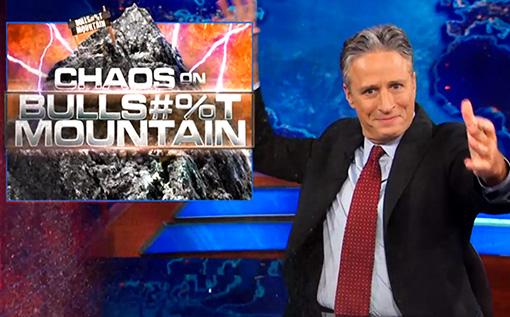 Still, absolutely would tune in. And if they can manage to wrangle Deez Nuts into proceedings as well, then we’ll really be in business.

Everything you need to know about deez nuts http://t.co/lwUmbfFw90 pic.twitter.com/weGEA98EVI

Add your own John Hancock to the petition at Change.org.