Pissed off partygoers are demanding refunds after a highfalutin New Year’s Eve party in Sydney that cost a bloody bomb to get into turned out to be a 0/10.

The up to $500 a head NYE Above The Harbour bash was touted as “a relaxed, stress-free NYE in beautiful surrounds” with “five star” food and entertainment in the Royal Botanical Gardens.

But a shit-ton of the 3000 attendees have blown up social media with complains about endless queues, food “you wouldn’t even serve to a dog” and a DJ who played Bieber on loop (lel).

While the food was nothing worse than anything you’d expect to eat while sitting in a gutter at 4am, no one’s asking you to pay $400+ for a kebab.

Check out the slop served on the night: 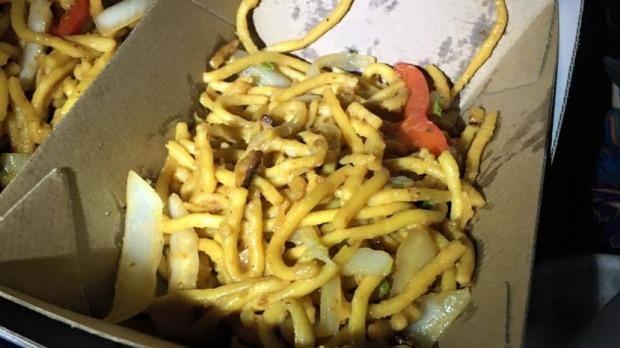 There were also a bunch of complaints about the entertainment, most commonly that the DJ frothed on Biebs more than a teenager:

“The speakers closest to the Opera House kept cutting out […] playing the same Bieber song over and over again.”https://t.co/ojmMCbjTB6

The event promoter, Mothership Events, ignored the complaints until they were called out on that, too.

It then released a statement that an investigation into all the fuck ups was underway, and that each of the complaints would be responded to individually.