Keith Raniere, founder of the so-called “sex cult” NXIVM, has been sentenced to 120 years behind bars for his abhorrent actions, including turning his followers into sex slaves and branding them with his initials.

The sentence was handed down in federal court in Brooklyn following a lengthy hearing, featuring statements by victims of a sex-trafficking conspiracy that resulted in Raniere’s conviction last year.

He was convicted on charges of racketeering, sex trafficking, child pornography possession and other crimes.

Prosecutors sought life in prison for the “immeasurable damages” he caused to the victims of the cult, while defence lawyers said he should face 15 years behind bars.

As their leader, he was responsible for recruiting women as slaves and forcing them to have sex with him. 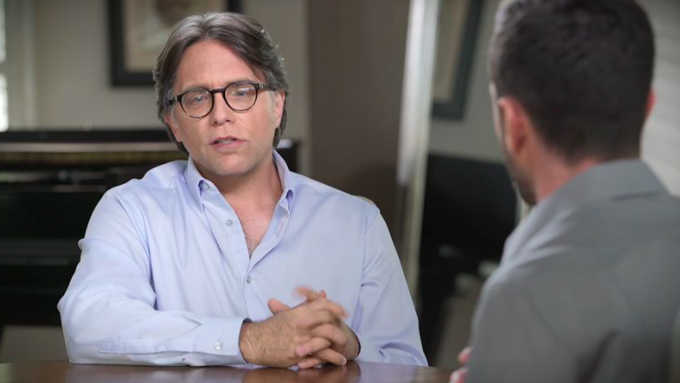 Prosecutors said the 60-year-old should spend his life behind bars for the “immeasurable damages” he caused to victims of the cult.

His lawyers have have maintained his innocence throughout the trial and have blamed a “media campaign involving witnesses who were motivated to testify falsely” for his conviction.

US authorities began investigating NXIVM – pronounced nexium – after the publication of a New York Times investigation in 2017.

Based in Albany, New York and created in 1998, the group described itself as a “community guided by humanitarian principles that seek to empower people”.

Keith Raniere came under attack on Tuesday from former followers during sentencing in his sex-trafficking case.

India Oxenberg, the daughter of “Dynasty” actress Catherine Oxenberg, called him an “entitled little princess” and a sexual predator and said that she “may have to spend the rest of my life with Keith Raneire’s initials seared into me.”

To honour him, the group formed a secret group of female “slaves” who were branded with his initials and ordered to have sex with him, the prosecutors said. Women were also pressured into giving up embarrassing information about themselves that could be used against them if they left the group.

Along with Bronfman, Raniere’s teachings won him the devotion of Hollywood actors including Smallville star Allison Mack. Mack also has pleaded guilty and is awaiting sentencing.