The crew behind one of our favourite online shopping destinations The Grand Social have just launched a new fashion/art space in Sydney called Edition last Wednesday, June 23rd. The minimalist fit out of glass, timber and steel was designed by local architect Tomek Archer and it houses mens and womens clothing by some of our favourite Australian designers: Friedrich Gray, JORDY by Jordan Askill, Chronicles of Never, nathan smith, Fernando Frisoni and ELLERY; as well as a nice edit of local zines and a spread of fantastic contemporary art.

Nick Gower, one of the founders of the Grand Social and Edition, had a chat to Pedestrian about the progression from online store to retail space, approach to design, the cultural importance of zines and the careful art of DIY renovating: ripping shit up.

Initially, where did these creative passions – for style and art come from for you? We are graphic designers, style and good art is something we are always chasing.

How were you able to translate your successful online store into a tangible, permanent concept? Well, we see Edition as an extension of the online store, a way to do what we can’t online. We have always worked on projects that didn’t necessarily translate online: a pop-up store, an event, a collaboration etc. So we had a big bag of ideas when it came time to open the store.

How did the collaboration between you and Tomek Archer come about? How did you work together to build this project; did Archer have ideas of his own or did he merely recreate what you’d had in mind? Tomek is an old friend, we had worked together before on an exhibition almost 5 years ago. He absolutely came up with the design as his own ideas, and then also graciously incorporated some of ours. The collaboration worked seamlessly; we briefed in Tomek on the needs and objectives of the space and he brought them to life through his satisfyingly thoughtful and creative mixture of architectural and furniture design. 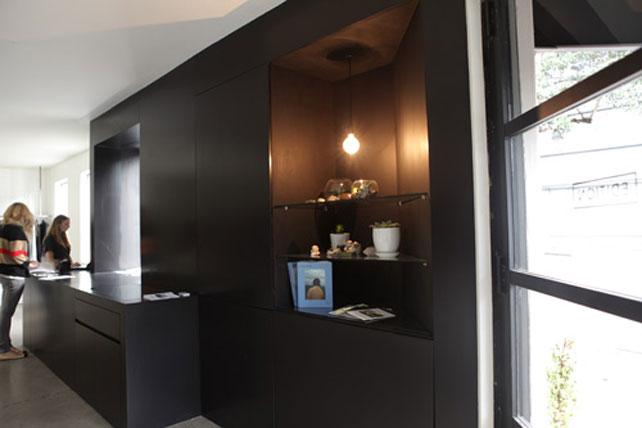 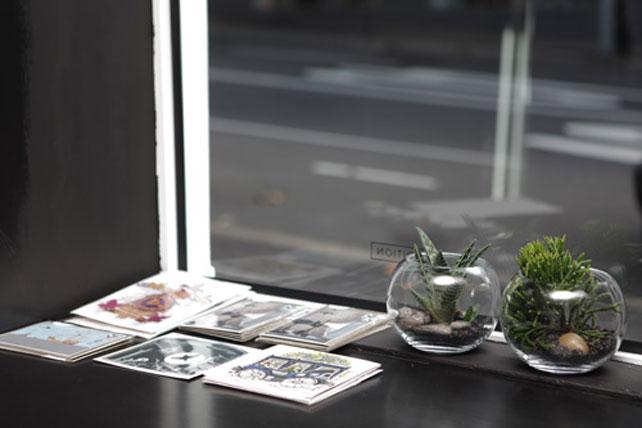 Did you have any concerns that your vision wouldn’t translate? Of course, we always worry that our ideas aren’t going to work. Now is obviously an unexpected time to be opening a retail store. But, we felt so passionately that this was adding genuine value to our offering as both a retailer and a supporter of Australian fashion that it just has to work… doesn’t it?

With the design process you stripped back the space and introducing limited materials… The stripping back of the space was largely to do with the state we found it in: salmon walls, faded blue carpets, faux “old style” ceiling and skirting detail, a full kitchen in the midst of the retail section and windows that looked like they belonged on a caravan… All that just had to go. We literally ripped, smashed and destroyed everything we could move from the 300sqm property until there was nothing but the structural features of the space left. From there we could get started on the design. For us, it’s important to provoke creative speculation because one of the core functions of this space is collaboration with designers, artists and other creators. We needed this space to provide the backdrop but not overly impose itself on the events that we will be holding there, whether that be a photo shoot, exhibition or a complete store take over.

At the store opening you showcased an exhibition called “Deleted Scenes and Outscapes” by The Aeon, comprised of Kasia Werstak and Alice Wesley-Smith. Why did you choose this specific collection to showcase – especially as Edition’s debut exhibition? Our curation strategy is all about experience, we want to have people come down here and have an experience that we can’t replicate online. Just like with the clothes we want to USE the advantage of being there in person. the lenticular/concertina folded works by THE AEON perfectly captures the spirit of this concept. Having people walk past the window, experience the morphing images by Kasia Werstak, double-take and then come in to ask about the art was a proud and exciting moment for me. 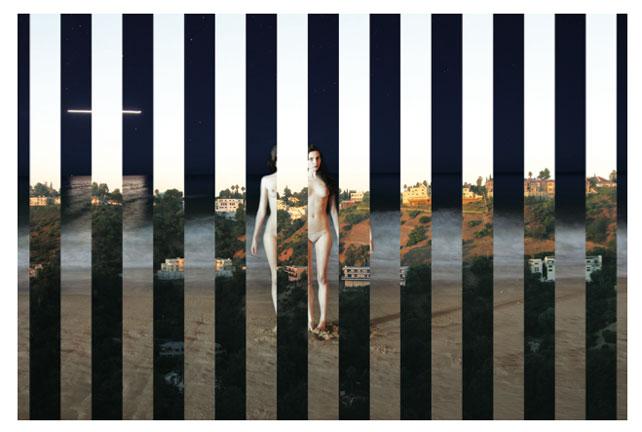 What’s the significance of offering handpicked books and zines in your store? We see these locally produced Zines as being very closely linked to fashion, both in the way they are produced and because they tend to chronicle the influences of the seasons. In the same way the clothes do, zines take a snap-shot of now.

How important is it to you to stock local independent labels as well act as a gateway between both designer and consumer? Local fashion is the heart of The Grand Social and also Edition. And yeah, we like to think of ourselves as gateway or tool to be used by designers to reach consumers. “Australian fashion wherever you are” has always been our unofficial motto. That’s what led to the (then ground-breaking) pop-up stores and affiliate online stores.

What sort of experience do you want people to have when the visit the store? We want people to do with the clothes what they can’t online. Pick up, touch, try on and just generally experience. We want people to feel for themselves the quality of a brand that they might never have heard of. For us, it’s unfortunate that online, brands tend to succeed and fail based on the quality of their branding and photo shoots. When you pick up an item in store you aren’t having the garment re-interpreted for you by a designer or photographer, it’s just what it is.

Since its opening, what has the response been like from designers and consumers? Designers are traditionally a tough bunch to gauge, But we have seen an unprecedented level of support from everyone involved. And sales; surprising and exciting in that they haven’t been following any of the patterns we know from online, but that’s exactly why we did this. 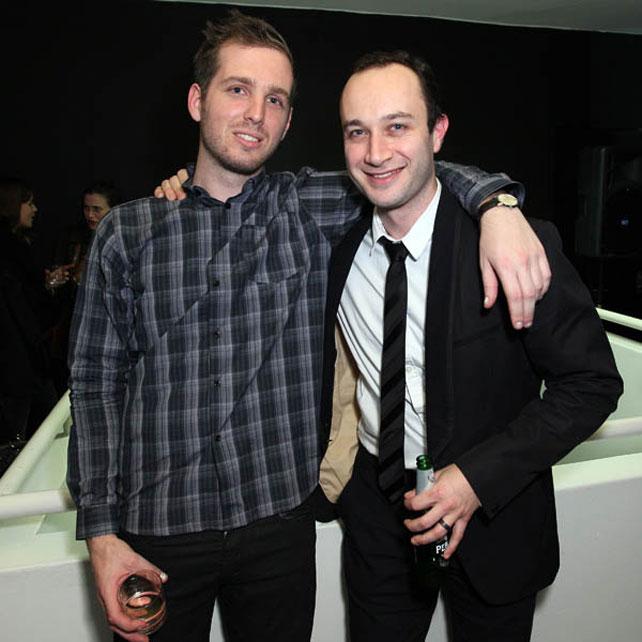 What do you consider when you go about selecting a range of carefully curated stock in the store? The quality, the designer’s story and I guess our personal taste. We don’t really buy stuff that we don’t like but think someone else might.

Edition seems to convey the idea that fashion isn’t just about the clothes, but encompasses a lot more as a reflection of culture; by culminating art, visual style, independent thought, for example. Is this what you were hoping to achieve? What interests me about fashion isn’t just wearing the clothes but the stories, influences, ideas and people behind them. Often there isn’t anything of substance there, but Edition is trying to highlight when there is.

What is/are the best part/s about having a tangible retail space of your very own? Seeing people interact with it.

What is/are the worst part/s about having your own retail space? Painting, drilling, and mirrors that make you look fat.

What sort events and exhibitions can we expect to see in the coming future? Expect things that we can’t show you on the blog… Things that you need to see in person to fully experience.

Edition is at 214 Crown St Darlinghurst (corner of Crown and Liverpool) and is open for trading 7 days a week. 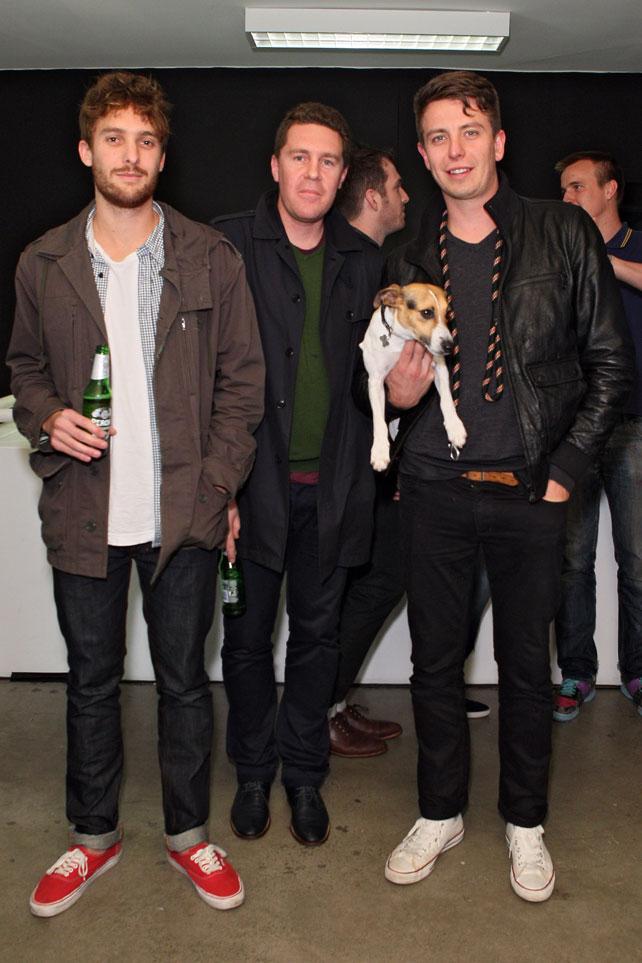