After this week’s awful controversy surrounding a mother who was incredibly proud of painting her child in blackface for Book Day in order to dress up as West Coast Eagles player Nic Naitanui, the footballer has now responded.

We published an article about the incident yesterday, where the mother published the following post on Facebook:

“I NEED to share my absolute QUEENING moment. My son had book week parade today. He wanted to go as his idol Nic Naitanui from the west coast Eagles.

I was a little worried about painting him. (So many politically correct extremists these days) he is pastey [sic] White and if I just sent him in a wig and footy gear, no one would tell who he was. So I grew a set of balls and painted my boy brown and he looked fanfuckingtastic.

After being told by everyone on Facebook not to do it and it’s a horrible idea etc, my son won the fucking parade!!! Parenting win! I’m celebrating by having a wine before 12pm. love love!” 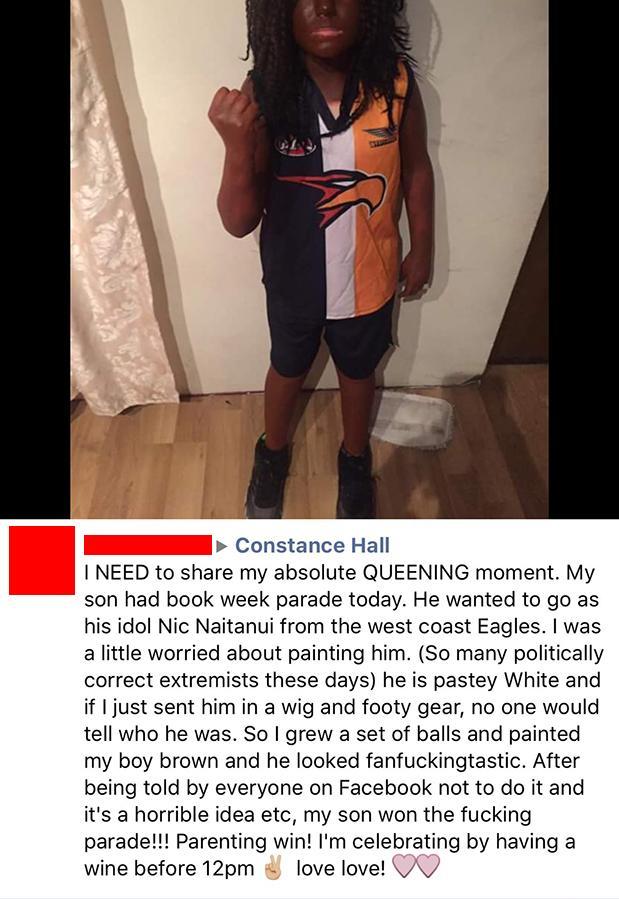 Naitanui has now responded to the post on his personal Twitter account, saying that he didn’t believe the mother had intention to harm, but the issue “hurts [his] heart”:

Honestly I’ve encouraged this mistake in the past but I’m now educated of its origins.lets grow together #BookWeek pic.twitter.com/syvDibeWSS

The footballer reiterated, as Adelaide FC‘s Eddie Betts did after the similarly distressing banana-throwing incident last weekend, that education is necessary to resolve incidents like this, and even spoke of being uneducated on the issue in the past himself.