NASA Has Seemingly Fixed The Hubble By Giving It A Good, Healthy Shake

It is famously hard to get to space. It might not be that far away (100km, if you’re to believe Theodore von Kármán) but it is an absolute pain in the ass to get up there. This means that if you put something up into space, you really want to make sure that you’re not going to have to get back up there to fix it if something goes wrong. You can’t just quickly duck out to space and tap at your satellite with a shifter until it starts going again. It’s a whole thing.

For this reason, I imagine NASA is immensely relieved that they seemingly managed to fix the Hubble Space Telescope by wiggling it around a bunch. The Hubble was launched into space in 1990 and has been taking (in scientific terms) incredibly dope images of cool space shit ever since. Par example: 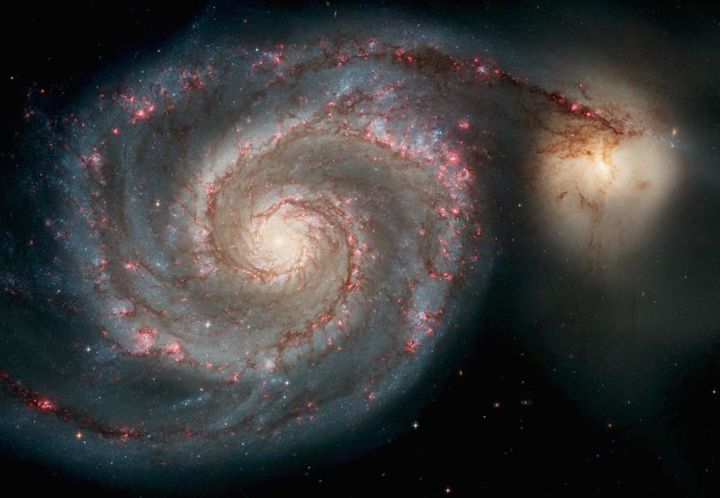 But the old girl (insofar as you can gender a floating telescope) has not been without issues. Throughout its lifespan, the Hubble has suffered numerous issues with its internal gyroscopes, which are used to measure its orientation and detect any changes thereof. Regular operation of the Hubble requires three working gyroscopes, but it is possible for it to operate with less. Using one or two will work, but it will limit the area of space it can be pointed out and reduce the accuracy with which it can be pointed.

Two weeks ago, the Hubble was chucked into ‘safe mode’ after another one of the gyroscopes failed, with scientists planning to drop the Hubble back to using just one gyroscope if they were unable to fix the third, effectively doubling its theoretical remaining lifespan. Rejoice, though, because they’ve apparently managed to fix it.

The gyroscope, which was “incorrectly returning extremely high rotation rates“, has seemingly been returned to normal operation after they (wait for it) turned it off and on again, and then jiggled it about a bit. From NASA’s press release:

In an attempt to correct the erroneously high rates produced by the backup gyro, the Hubble operations team executed a running restart of the gyro on Oct. 16. This procedure turned the gyro off for one second, and then restarted it before the wheel spun down. The intention was to clear any faults that may have occurred during startup on Oct. 6, after the gyro had been off for more than 7.5 years. However, the resulting data showed no improvement in the gyro’s performance.

On Oct. 18, the Hubble operations team commanded a series of spacecraft maneuvers, or turns, in opposite directions to attempt to clear any blockage that may have caused the float to be off-center and produce the exceedingly high rates. During each maneuver, the gyro was switched from high mode to low mode to dislodge any blockage that may have accumulated around the float.

Following the Oct. 18 maneuvers, the team noticed a significant reduction in the high rates, allowing rates to be measured in low mode for brief periods of time. On Oct. 19, the operations team commanded Hubble to perform additional maneuvers and gyro mode switches, which appear to have cleared the issue. Gyro rates now look normal in both high and low mode.

If you are the kind of nerd who gets off on these things (I know I am), you can read more detail about the operation and how the gyroscopes work right here.