Gather ’round boys and girls. Today I would like to share with you some treasures from the depths of my bedroom.

There exists a 21st-century Library of Alexandria, and it’s located in Sydney’s Inner West. Contained within is a trove of knowledge related to carbonated beverages from around the world.

I present to you, without further ado, my collection of rare and antique glass soft drink bottles.

Gaze upon my fine bottles and you’ll witness the sheer ingenuity of mankind. Each one is a fine piece of craftsmanship more exquisite than the last, serving as a testament to the enduring success of these most beloved drinks.

How did I amass my collection, I hear you ask. The answer’s simple: by scouring Sydney’s specialty supermarkets over the past five years, and by spending whatever time abroad I have in drinks aisles rather than sightseeing. It’s a fulfilling existence.

If any appraisers from Antiques Roadshow are reading: my bottles are NOT for sale. You’ll have to pry them from my Coke-stained, dead hands. Now, let us begin. 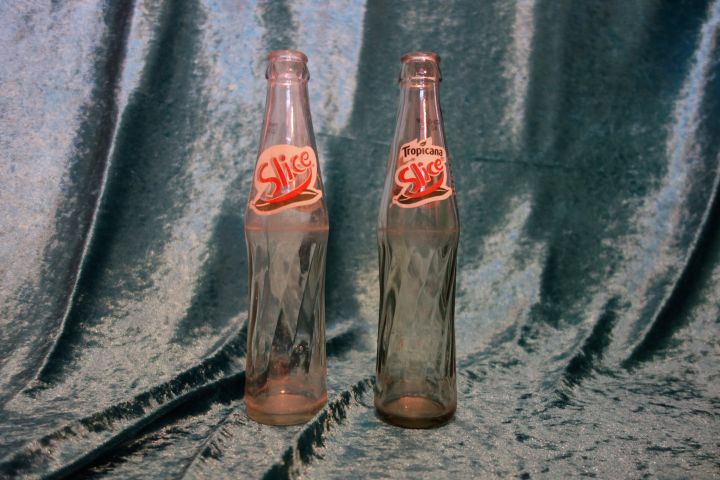 Provenance: Smuggled out of Nepal.

Country of origin: See above, dingus.

The bottles had been collected from a variety of diners around Kathmandu. However, Nepali airport security took issue with the trafficking of antique glass soft drink bottles and we were quickly escorted aside to have our bag checked manually. A miscommunication meant that while all three bags were flagged by the x-ray scanner as containing glass bottles, the person conducting the physical check forgot to check the third bag – the Lightning McQueen-shaped backpack. In it were these two Slice bottles. 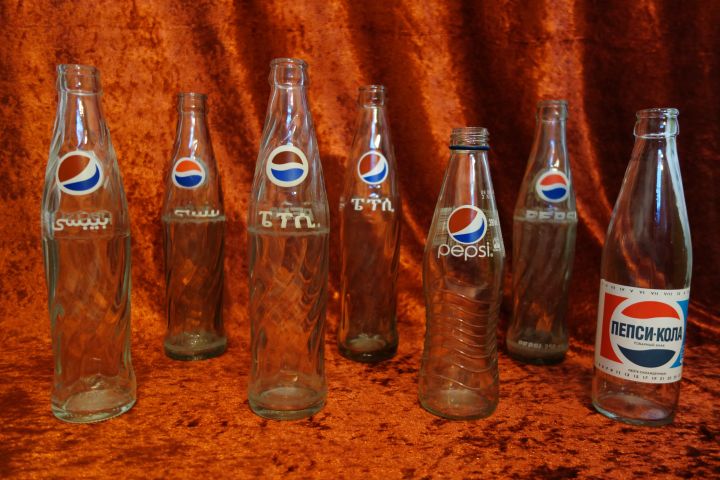 Country of origin: USA, kind of.

This, my friends, is the modern day Rosetta Stone.

These four glass Pepsi bottles provide a window into how onomasticians transliterate names between scripts – in this instance, the Latin alphabet, Cyrillic, the Arabic script and Ge’ez.

Some have visible wear and tear from their years in use as refillable bottle, while others are in mint condition because they were never intended to be reused. However, in 2000-odd years’ time when linguists excavate my bedroom for these bottles, they may all be in a worse state than we see today. That’s why I am digitalising my collection here, to preserve the cultural history of mankind for all to see. 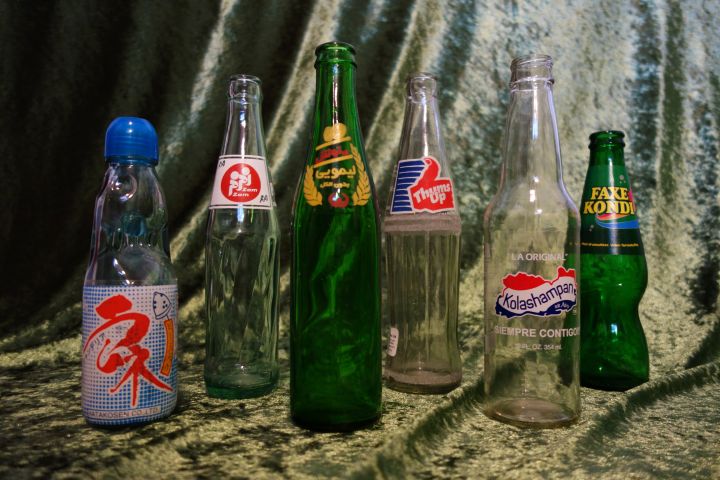 On the left, we have an archetypal bottle of Japanese ramune, a drink whose name is derived from the English word “lemonade” (read it aloud). Instead of a bottle cap, these drinks use a marble to stop liquid coming out. My collection features several different ramune bottles with such mechanisms.

Second from the left is a bottle of ZamZam, an Iranian drink named after the holy well of the same name in Mecca. During a period when Saudi Arabia boycotted Coca-Cola, ZamZam became known as the unofficial soft drink of Hajj.

Third from the right we have Thums Up. That’s not a typo, it really is spelled without a B. During India’s decades of protectionist economic policy, this betel nut-flavoured cola dominated the market. Now it’s actually owned by Coca-Cola. How times have changed. 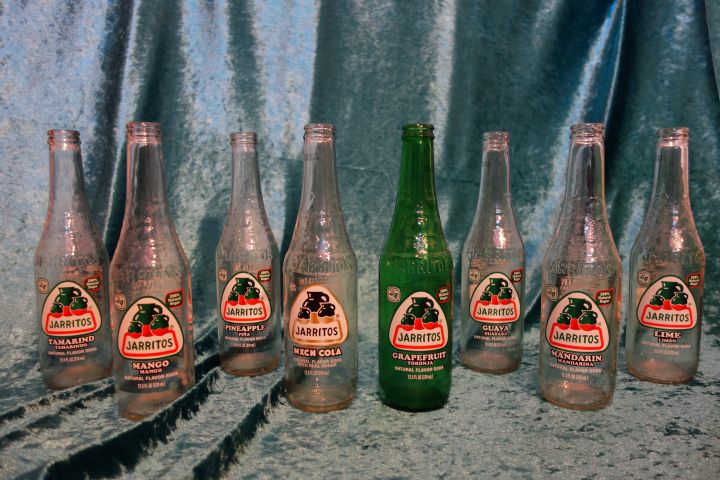 Once upon a time I worked at Guzman y Gomez. I tell everyone this to compensate for my lack of personality. People are drawn to the brand, I guess.

During my tenure there I made the most of my staff discount by gradually buying every flavour of Jarritos there is, and tasting them like the fine beverages they are. The collection has since expanded to a few flavours which aren’t even available in Australia, but my original research still holds up. Guava is the best flavour. 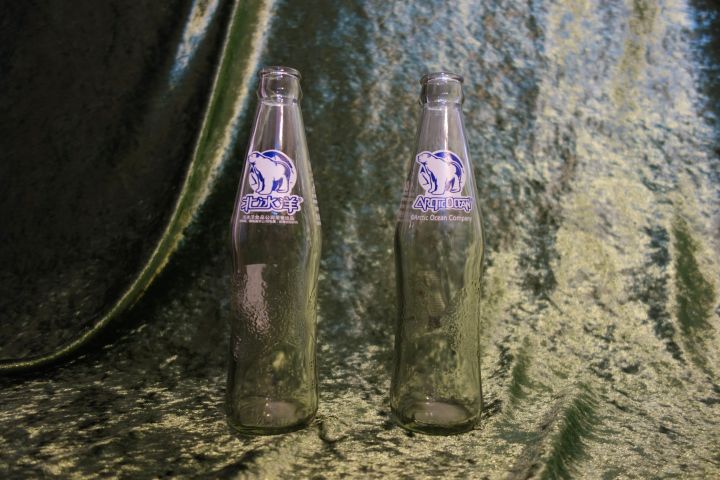 I was walking home from work on a cold winter’s night a few years ago and saw something sparkle in the corner of my eye. I checked to see what was in the gutter and, lo and behold, it was a mint condition bottle of Beibingyang, an iconic soft drink from Beijing which had been relaunched in recent years due to immense nostalgia from older generations.

I had looked everywhere in Sydney for this drink, to no success. Finding it in the gutter was the weirdest stroke of luck ever.

About a year later, I found the second bottle in a Chinese restaurant. I don’t remember which is which, tbh. 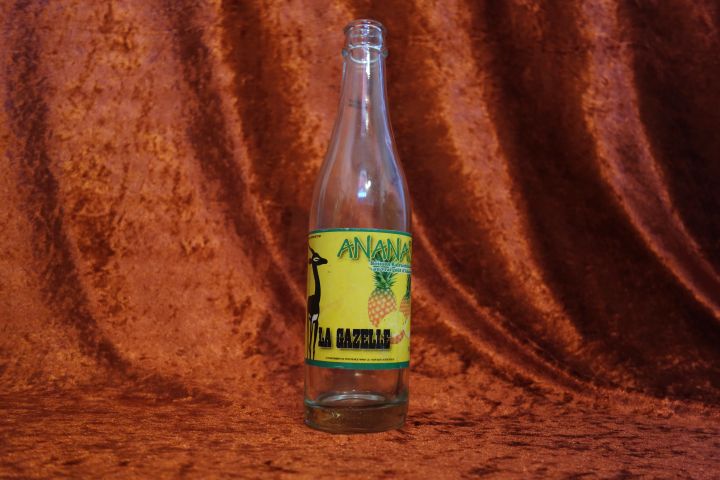 I met Munas during a brawl. We were travelling in the back of an old delivery van which had been retrofitted with bench seats when the driver pulled over to pick up another passenger in the middle of the night. The entire bus groaned. There was literally no room, and the guy was drunk as fuck.

Suddenly a fight broke out, and we all piled out of the bus and stood beside the highway. Windows were smashed before the man ran off into the night. Our destination was Saint-Louis, an island city on the northern border of Senegal.

Munas was a sex worker originally from Nigeria, and the only passenger who spoke English. We clicked, and she offered to show me around town as she wasn’t going to be working that night anyway. Unfortunately, all the bars and clubs were closed because of Tabaski, the most important holiday in Senegal. The only place that was open was a shawarma shop, where we decided to grab a bite to eat to salvage our night.

It was here where I encountered Gazelle Ananas – a pineapple-flavoured soft drink made by the national brewery. 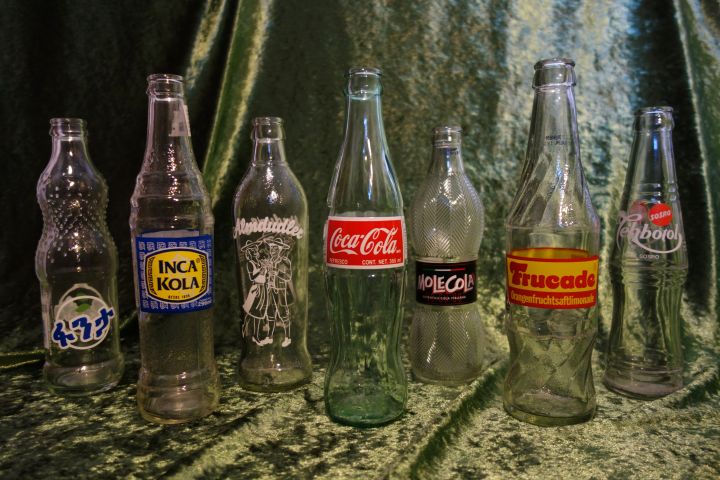 In this lot we have some of the more aesthetically pleasing bottles, demonstrating the immense range the designers have in terms of both form factor and iconography.

We begin with a modern Fanta bottle which is one of the most distinct and eye-catching bottle shapes of the present day. However here, the designers have adapted the typical Fanta typeface to the Ge’ez script from Ethiopia.

Next, the Inca Cola bottle features Andean patterns to solidify the drink’s status as Peru’s national soft drink. Italy’s take on the formula is Mole Cola (third from the right) which features palm-frond-like corrugation.

The Mexican Coke bottle in the middle is perhaps the drink’s most iconic form factory anywhere in the world. It’s taller and slimmer than the Aussie version, and the glass is way thicker and heavier too. 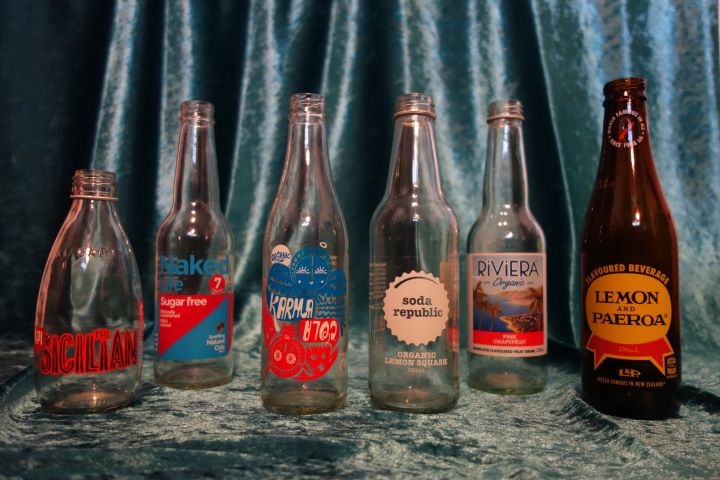 Country of origin: Australia, plus one cheeky NZ addition.

Remember LA Ice Cola from primary school athletics carnivals? Or is that just me? Regardless, thank god it didn’t come in glass bottles otherwise I’d be obliged to include that basic AF drink in my collection. Instead, here are a few of my bottles from local, artisanal beverage manufactures. The Lemon & Paeroa is most certainly not Aussie – in fact it’s the national soft drink of New Zealand. However I included because it’s one of those drinks people always bug me about, but it also didn’t deserve its own section. 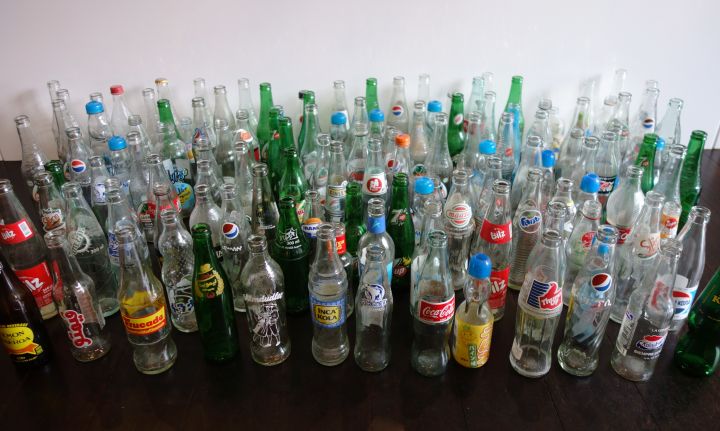 You may be wondering how these drinks taste. Honestly, I can barely remember. I don’t even like soft drinks that much, and I literally gave them up in 2015 to protect my precious teeth.

The collection’s not about the liquid, it’s about the bottles. If I were sharing my big vat of mixed soft drink goo, this would be a very different article.