Missing 4 Y.O. Cleo Smith Has Been Found ‘Alive And Well’ & A Man Has Been Taken Into Custody

Missing four-year-old Cleo Smith, who disappeared while camping with her family in Western Australia on October 16, has been found “alive and well”.

WA Police Deputy Commissioner Col Blanch said Cleo had been found in the early hours of this morning inside a Carnarvon home, with a man taken into custody.

Police confirmed the young girl had been reunited with her family.

“A police team broke their way into a locked house in Carnarvon about 1am,” he said.

“They found little Cleo in one of the rooms.

“One of the officers picked her up into his arms and asked her ‘what’s your name?’ She said – ‘My name is Cleo’.”

“This is the outcome we all hoped and prayed for,” Deputy Commissioner Blanch said.

A Carnarvon man is currently in custody and being questioned by detectives. 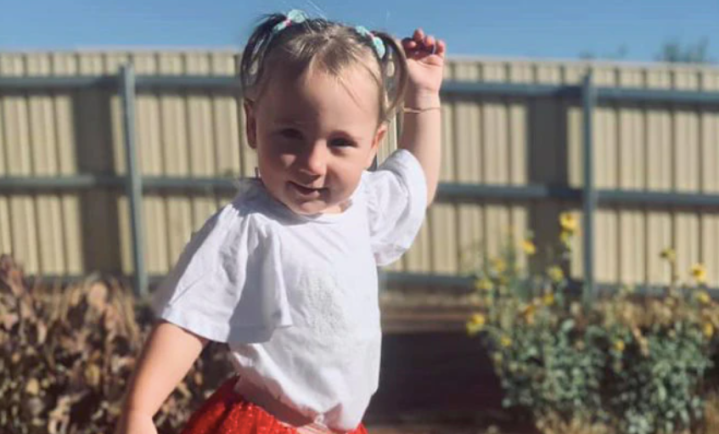 Cleo went missing on Saturday morning, October 16 at the Blowholes campsite in Macleod, which is around 50km north of Carnarvon and about 960km north of Perth.

Cleo’s mother, Ellie Smith, claimed that she gave her daughter some water at around 1am, but when she returned to check on her at 6am, she and her sleeping bag had both disappeared from the family’s tent.

Investigators feared that Cleo had wandered off from the campground and become lost.

A mass search of the area ensued and police believed the child may have been abducted.

Six days after her disappearance, the Western Australian Government issued a $1 million reward for any information regarding her whereabouts.

“All Western Australians’ thoughts are with Cleo’s family during what is an unimaginably difficult time,” WA Premier Mark McGowan said.

“We’re all praying for a positive outcome. We want to ensure police have everything they need to solve this case and that’s why my government has no hesitation in supporting police with this reward offer.”

Cleo is now safe with her family.