I never thought I’d willingly put my naked body in the public eye for anything. Ever. No way.

Especially not for work.

I’ve never been truly happy with my figure, my weight, my skin, or my naked body enough to take off all my clothes and let someone photograph me for a day.

I wouldn’t just get hella nude for anything, either. I had been working with LUSH for a year and a bit when the creative lead put a call-out for anyone that wanted to be in a nude shoot to promote healthy, natural, normal bodies, and the importance of reducing plastic waste through the concept of ‘naked products’.

Over 100 of the company’s products are considered naked. They’ve won sustainability awards for it.

It’s a pretty important issue to me, as much as I love to call myself a garbage human, the giant trash pile in the middle of the Pacific Ocean terrifies me.

When the campaign itself ran, there was an overwhelming support and positivity from customers that I encountered in the store that I worked in Sydney’s Queen Victoria Building. 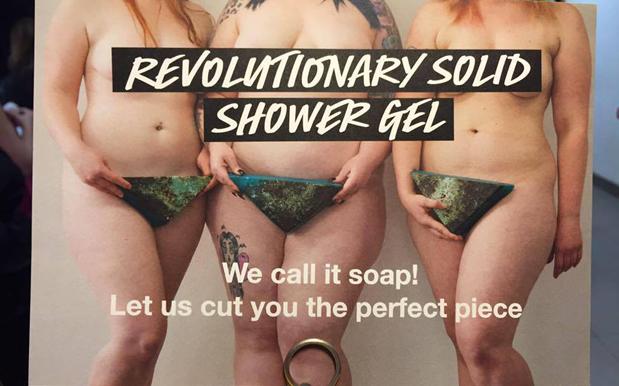 Sea Vegetable soap as swimmer bottoms? I should be in sales tbh.

I would regularly tell customers that I was one of the bums, and had many surprised faces, responses of “you’re so brave!” and one delightful old lady who literally smacked me on my (now very famous) bum while congratulating me.

It wasn’t until after the campaign ended, and the report from the Advertising Standards Board came out saying that we had pushed the friendship a little, did the negativity start to circulate. I was interviewed by a number of publications about the supposed ‘pornographic’ nature of the shoot.

I had the chance to chat to Chloe here at Pedestrian, who I’m pretty sure was one of the first to contact me about the whole thing, and the first to publish a story on the issue. It was great to be able to get my voice out there on how the campaign made me feel.

It made me feel like I had authority to encourage others to think radically about the kind of bodies that advertising shows us as the ‘perfect body’, to prove that looking good naked has nothing to do with thigh gaps, photoshop, or bedroom eyes.

The piece went absolutely gangbusters and kicked off the story, which ended up reaching publications I never thought would even give a shit about four nude women from Australia.

My shop was cold-called by The Daily Mail and it was pure chance that I was there and answered the phone. Buzzfeed‘s reporting on it went bananas.

The stories started to escalate, and I frequently made the mistake of reading the commentary on social media. 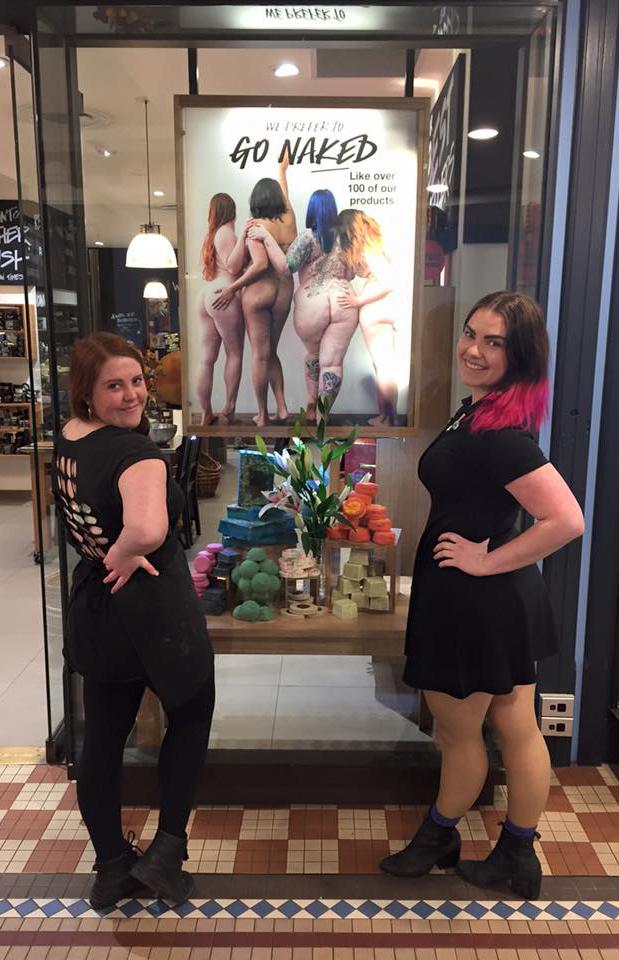 Try and pick me out (hint: I’m on the right) Image: Supplied.

After studying media and journalism for over six years, it’s been drilled into my head that I should never ever EVER read the comments. Especially not on a story where I am explicitly included, in all my naked and unphotoshopped glory. There were people on there taking me for face – or in this case, arse – value.

Commenters called the other girls and I obese and unhealthy, unwanted, unattractive, unladylike.  It made me feel gross, and certainly didn’t help with the amount of body image issues I’ve struggled with in the past. Having complete strangers tell you that you’re unappealing and obese is never something that you want to hear – no matter what size you are.

We had caused the fury of Helen Lovejoy types not only across Australia, but across the world.

I distinctly remember waking up one morning to a text that said “Hey Courtney, your bum is on the BBC front page.”

The images had gone global, and it brought the wrath of an international audience who felt compelled to comment on my body.

Although, for every negative comment that cut me down and made me feel like shit, there were plenty of positive ones.

People cheered us for our bravery in stripping down for the shoot, thanked us for being real people in an advertising campaign, and fought for us against the trolls. Some even posted photos of their own naked butts, asking “Does my arse upset you too?”

After the campaign ended and the media storm settled, the Australian leg of the cheeky (hehe) company published the image on the front of the catalogue, which meant my arse was once again in circulation to the masses.

A lot less offensive, apparently, but still got a lot of folks talking. Even the founder of LUSH, Mark Constantine, has seen the magazine, and called us “beautiful bums”. 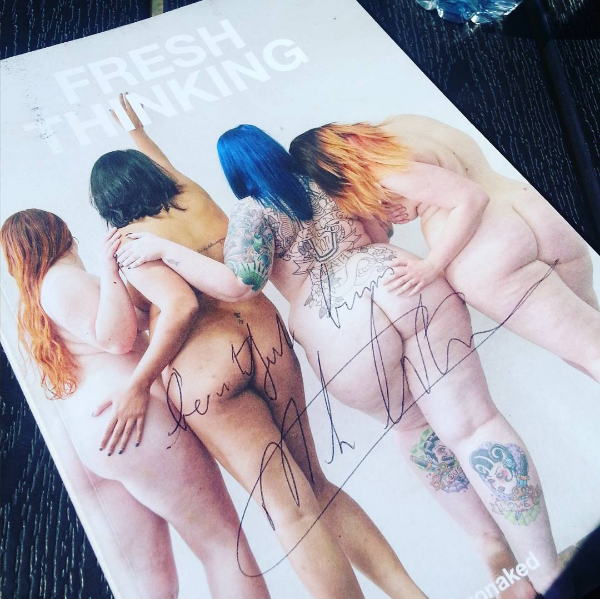 Between then and now, I guess I’ve learned a lot about accepting myself and recognising the space I exist in. I’ve had the guts to go to places like the Coogee Womens Baths and sunbathe topless, I’ve taken more steps to take care of my body, and embrace the skin I’m in. I’ve focused more on the positive responses to the campaign and viral stories than the negative ones.

The whole experience was weird and wonderful. It helped me to quash negative feelings about myself that I’ve struggled with for many years. It’s made me push myself out of my comfort zone more often. It’s helped me accept myself and not to get weighed down by the opinions of others.

But most of all, it’s got me the very grouse, self-imposed title of ‘international butt model’, which will forever be my claim to fame.