There’s two types of people in the world: people who have worked in retail or hospitality and now therefore hate the human population for their eternal rudeness and entitled nature, and those who haven’t.

Comedian Merrick Watts seems likely to be in the second group of people, because this morning on Today he went on a bizarre rant about how a Melbourne cafe’s new rule of ‘we won’t serve you if you’re on the phone’. 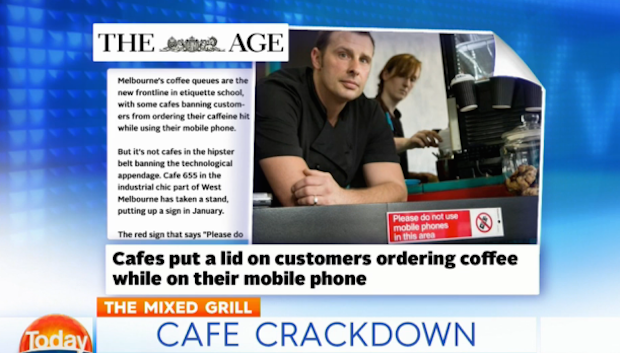 Watts’ harsh monologue about not only the rule, but also the physical appearance of the baristas reeks of someone who truly believes his time and presence is much more important than that of the ~lowly cafe worker~ in front of him.

After saying that ‘baristas need to get a handle on themselves”, host Sylvia Jeffreys asked Watts if he in fact didn’t appreciate a carefully-constructed cafe latte:

“Love it, that’s great. And I’m paying for that, so how about you just give it to me as opposed to the hipster attitude with the beard and all your weird mermaid tattoos!

What, are you a sailor? Or are you making coffee? JUST MAKE ME THE COFFEE.” 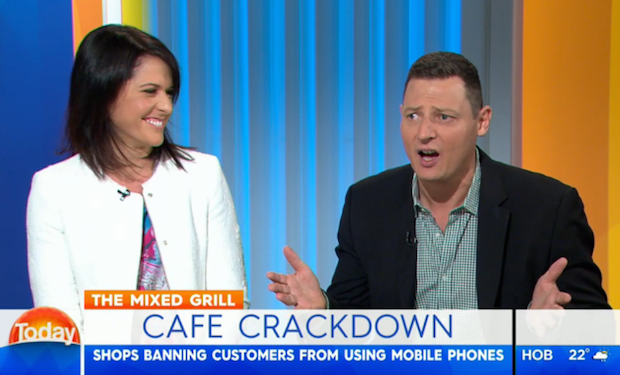 Like… if you don’t wanna chat, that’s fine. Not everyone is a conversationalist, especially in the AM before you’ve had your coffee. But surely it’s not hard to realise that trying to take an order from someone deep in conversation on the phone takes longer because they’re distracted, and often become abrupt and rude as a result. Dealing with it everyday can get pretty tough after a while.

A fellow human being is standing in front of you. Say hello to ’em. It’s not bloody rocket science.

You can watch the full video on 9 News, here: 9news.com.au/entertainment/2016/02/18/11/06/merrick-watts-lashes-out-at-hipster-melbourne-baristas-who-refuse-to-serve-customers-on-the-phone