With 10 postcodes in Melbourne being forced back into Stage 3 coronavirus lockdowns, families and households across the city are once again facing the prospect of another month in isolation as the city struggles to get its renewed COVID-19 issues back under control. And while this presents the unique scenario of people being separated not by state, but by suburb, it also means one neighbourhood may be locked off but the one literally next door remains open.

With Government officials choosing to be apply renewed lockdowns to certain postcodes specifically, it means scores of arbitrary lines are being drawn across Melbourne, where the difference between entering and exiting a locked down area may be as simple as crossing a street.

Postcodes have a hard-and-fast geographical limit to them, meaning certain neighbourhoods are being cleaved in two by the renewed lockdown restrictions.

The case of inner-northern suburb of Brunswick West, which is being locked down, and it’s exceedingly trendy neighbour Brunswick, which is not, is a particularly stark example of that.

By virtue of a single digit, Brunswick West is being locked off for four weeks, while Brunswick proper will be allowed to remain open. That’s the reality of postcode-based suburban lockdowns; the 3055 suffers, but the 3056 does not. In a practical sense, that means there’s certain areas where the difference between lockdown and no lockdown is a handful of metres.

Looking at the map, we can see the implications of that pretty plainly. 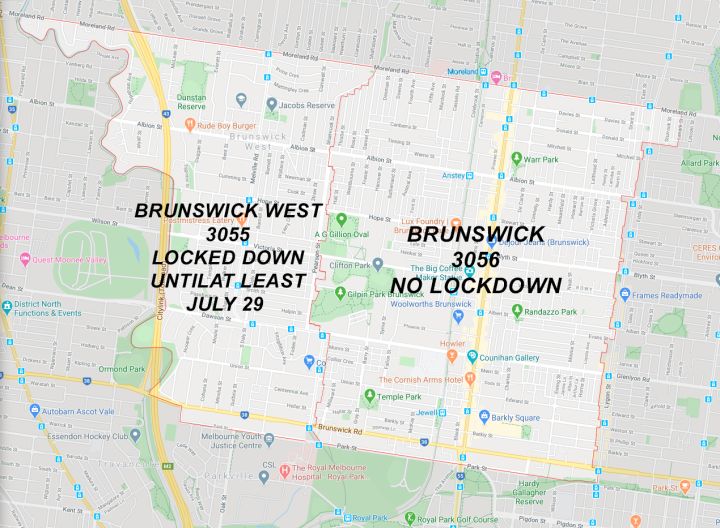 Through here, the difference between one house being in lockdown and another being free to go about their lives is a matter of literal metres. The postcode line that divides the two suburbs runs down the middle of main streets, along the boundaries of public parks, skirting property lines on a Primary School, and cleaves rear access alleyways clean in half.

In the most extreme example of postcode separation we could find, one pair of houses is cut literally down the middle by the lockdowns.

On the corner of Albert and Pearson Streets, straddling the lockdown line, sits two houses, semi-detached. One carrying a 3055 postcode, the other 3056. 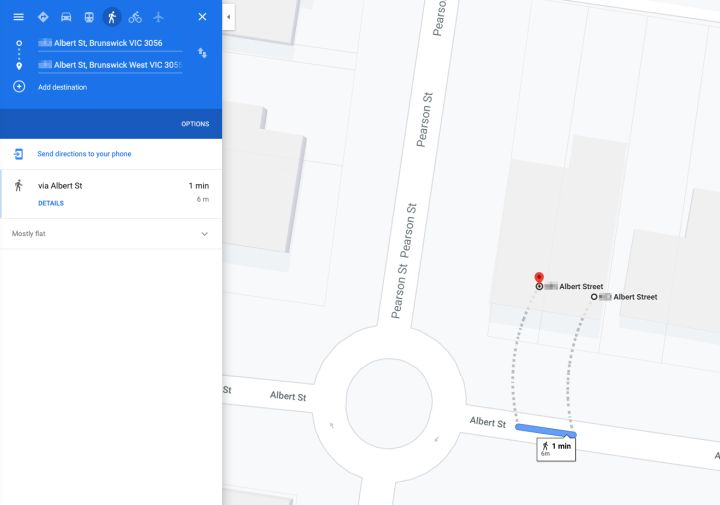 The difference between lockdown here? A shared fence.

The Google Street View of the two addresses shows just how fine this new movement restriction line is. 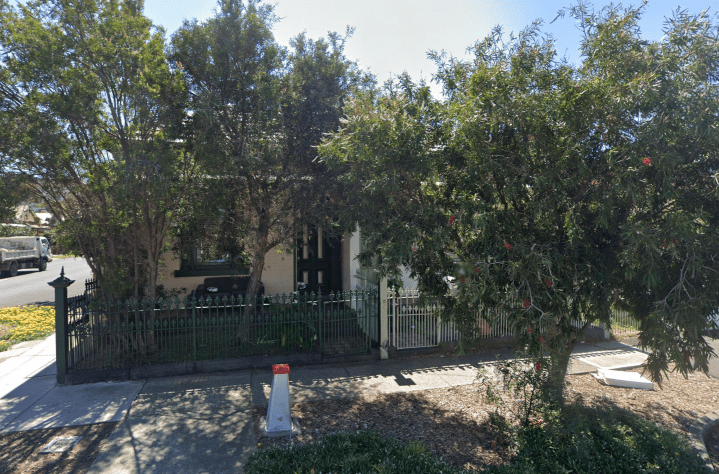 On the right, one house sits in Brunswick, meaning they will be free to leave the house for a variety of reasons. On the left, beyond the single dividing wall splitting the property in half, a house in Brunswick West that will be subject to strict Stage 3 lockdown restrictions for four weeks.

The difference in movement restrictions from one area of Melbourne to another is, in a lot of cases, quite literally that thin.

And that’s the reality that a lot of Melburnians are now facing, as the city again steels itself to battle the current outbreak of this insidious virus.