Hello beautiful readers, how’s your new year shaping up? Good? Cool. Fantastic. Great to hear. We’re hoping it’ll be the ~year of you~ as well. To achieve that, we thought we’d expose you to some inspiration in the form of others #KillingIt. PEDESTRIAN.TV‘s partnered with CommBank to amplify their Australian of the Day initiative – a campaign to highlight everyday, unsung heroes making a *thumbs-up* contribution to our nation. They launched the initiative to compliment the Australian of the Year Awards, a ceremony whose benefit to our country needs no explanation. Head over to the Australian of the Day website HERE to have a gander at the people making our country spectacular after you’ve read about the gems that’ve been unearthed in the ACT. 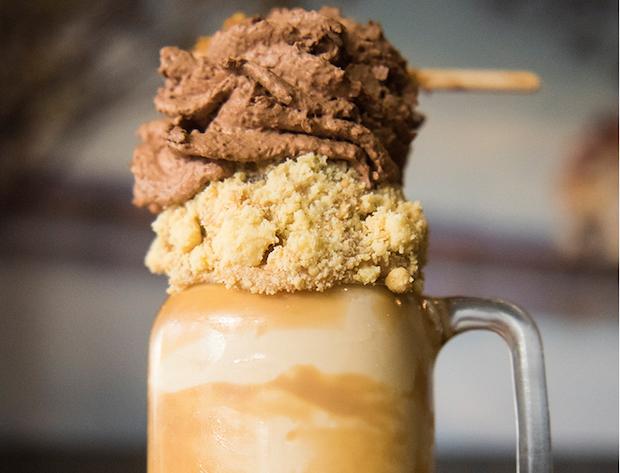 It’d be criminal not to link anything milkshake related to Kelis’ banger of 2003 – you really can’t get any more iconic than that.

Anna was the OG creator of the FreakShake – an offensively stunning adaptation of the milk-bar staple. She’s been serving them up daily since their conception at her patisserie, Pâtissez.

It’s pretty self-explanatory why she’s CommBank’s Australian of the Day #218.

Although not a trained pastry chef, her passion (and glaringly obvious talent) has been enough to see her crowned queen of dairy-fusion cuisine.

The idea for FreakShakes struck her like lightning one day, almost as if her future was preordained by a high-power…

“I thought chocolate milkshake, what goes with chocolate? Brownies or toasted marshmallow.”

Somehow it took two weeks for the public to cotton-on to her creation, but once they did, pwoah. Every weekend now sees Pâtissez inundated with patrons who’re itching to get their straws stuck into one of these bad boys/capture some A-Grade ‘Gram material.

“In the age of social media everything we did in this shop had to be photo worthy, I want everyone to sit down at their table’s, take a photo before they eat and share it online, which is exactly what happened.”

Anna and her staff have managed to pump out an outstanding 623 FreakShakes in one day. On a more average day the usually dish up somewhere between 350-400. That’s enough milk to send a lactose intolerant running for the hills.

On behalf of PEDESTRIAN.TV, and we dare say the entire country, you have our deepest gratitude for revolutionising the way we consume milkshakes. YOU THE BEST, ANNA.

Claire Reynolds, CommBank’s Australian of the Day documenter/photographer, has been hard at it to to bring y’all the stories of these true-blue Aussies. www.australianoftheday.com.au is packed to the rafters with astonishing tales of good people doing good things – if you’ve got a minute, go check it out. Before you do though, read about the peeps below.

JOHN BALE HAS HELPED EMPOWER FELLOW SERVICEMEN THROUGH ‘SOLDIER ON’ 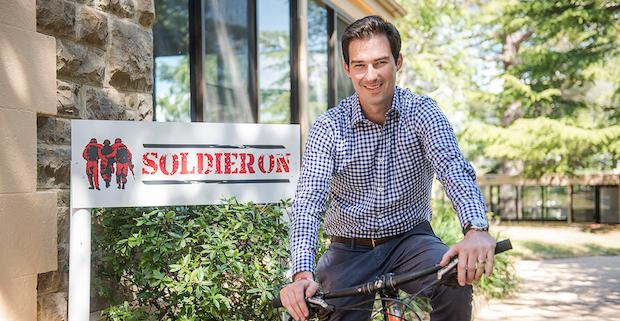 As you’re aware, we do enjoy hanging a bit of crap on former Prime Minister Tony Abbott, but we couldn’t agree more with the following statement:

“It is about appreciating that even the strongest, even the bravest, even the toughest, can carry scars through life that need to be understood and accepted. I congratulate Soldier On for the work they’re doing … recognising and helping all who are part of our ex service community.”

John Bale joined the Australian Army in 2002 alongside a close friend and classmate who would later be killed by an improvised explosive device (IED) in 2008.

Several colleagues were harmed, both psychologically and physically, during the incident – but John found the level of support offered to them was less of that offered to his fallen friend. He noted that this wasn’t because the community didn’t care about their injuries, but rather, they weren’t being made aware of their suffering as they were when a death occurred.

John and his wife Danielle were driving to the Gold Coast for a holiday when they landed on the idea of creating a service to empower wounded soldiers. So in 2012, John co-founded Soldier On.

“There was a huge amount of obstacles but I guess blind optimism and positivity really was where we started talking about what we can do.”

“The big thing for us is getting people through that road to recovery and then getting them employed.”

All the great work John’s completed for those in the defence sector is why he’s CommBank’s Australian of the Day #222.

In addition to helping wounded soldiers find jobs, John and the staff at Soldier On engage them in physical activities like walking the Kokoda Track, as well as organising education opportunities. In short, Soldier On endeavours to give wounded soldiers a platform in which they can regain their sense of purpose.

What started as a small service has now grown into a nationwide project with a large volunteer base of supporters. Soldier On hopes to start providing aid to those wounded in the fire and rescue sectors. 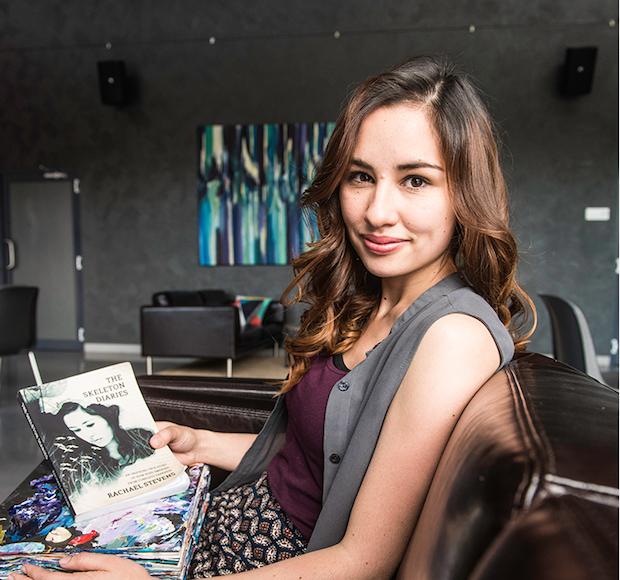 “I hope my story is a reminder that your world can be overshadowed with darkness, but still possess a spark of light. There is always hope. The experiences you have been through can positively shape who you are; making you stronger, passionate, more insightful and alive.”

Rachael Stevens‘ childhood was one overshadowed with darkness. She grew up in a broken home and subsequently developed a severe eating disorder, as well as depression.

In order to be appropriately treated, she was hospitalised in psychiatric care for an extended period of time. During her stay, she not only fought to regain weight, but to take control of her life.

Rachael has shared her personal battles through the novel she wrote, The Skeleton Diaries, in hopes of educating and inspiring those affected by mental illnesses. She used her writing as a way to find her voice again whilst undergoing treatment.

“It was scary, I’m not going to say that it wasn’t but I remember the day that I launched the book, I remember thinking ‘my life is an open book now.’”

Her desire to make a positive impact by sharing her own struggles is the reason why she’s CommBank’s Australian of the Day #224.

As well as being a talented painter and sociology/English student at uni, Rachael speaks in front of numerous groups about her journey. Couple that with her work with her local church and Rachael’s solidified her angelic-status in our opinion.

“I always say to young people that my experiences are a gift.”

“I realised that suicide does rob the world of people and it’s not just this thing out there – this faceless monster – and that is what motivates me.”

Thanks for all the great work, Rachael.