May The 4th Be With You: Some Brands Got It & Others Jar Jar Binksed It

May the fourth is a wonderful date. It brings Star Wars fans together, and it also gives those of us who are not-so-vocal about our nerd-dom a brief window to be loud and be proud.

But one of the greatest things about Star Wars Day is watching brands try to get in on the action, and 9 times out of 10, fail horrendously. S/O to any company who accidentally said something Star Trek-related.

So, we’ve compiled some of the absolute best, and the absolute worst branded Star Wars content we’ve seen today. There’s some corkers.

Relating a state police body to the drone army dedicated to destroying a rebellion of people fighting for justice: maybe not such a cool idea.

Happy Star Wars Day NSW. May the Fourth be with you! #MayThe4thBeWithYou pic.twitter.com/R3d2gxBIL6

A non-for-profit campaigning for the transparency of federal government, relating their fight to a dictatorship of extreme power and secrecy? The *SHADE*, omg.

Secrecy leads to suspicion, suspicion leads to anger, anger to hate, hate leads to the dark side #MayThe4thBeWithYou pic.twitter.com/1Cqwhl3dPT

Seriously, the name of your new computer is literally one letter off being ‘Yoda‘, but this is the pun you landed on? Man, y’all should’ve had another coffee.

Ah yes, if there’s anything about Star Wars that *must* be the central focus of a branded tweet, it is, of course, incest. Nice.

Okay but like they’re clones so the Empire definitely provided the uniforms, but w/e. The federal budget came out less than 24 hours ago, can we just have like, three seconds to focus on Star Wars and not how depressing paying taxes is please? Jfc.

Firstly, ya might’ve misunderstood the quote, ‘May the force be with you’. Secondly, how can the force be beautiful? The force can’t be seen. The force is an indescribable energy and way of being. GTFO.

May the 4th be with you! Make it a beautiful day with McArthur Natural Products’ #MayThe4thBeWithYou #mnp pic.twitter.com/8r6l9VAszG

Yeah, the pun isn’t the newest we’ve ever heard but you know what? They’ve put in effort here, that graphic is dope, there’s multiple jokes there and we have mad respect for that. And sauce is cool, same as the force.

The ardent terribleness of this has me in a metaphorical force chokehold that I do not even want to end because this is so lame.

“I.. AM YOUR FA… what, you can’t hear me? Here, join my team chat..” #MayThe4thBeWithYou pic.twitter.com/P9W7gMww6e

You know what makes a good branded tweet? Subtlety. This is just plain fucking good. The force is so bloody strong here that Qui-Gon Jinn can feel it; the bloke is turning in his grave.

May The 4th Be With You… pic.twitter.com/MChS1SjCe9

My god, I am reeling at how much fkn effort went into this, just for a split-second wink from a cartoon tennis ball. Jesus, what an anti-climax.

We can now reveal the true identity of Darth Vader ??

This branded tweet is so goddamn dope, because that plane is 110% real and tonnes of people wouldn’t have even known about it’s existence and oh god I am so glad I do now. Apparently this R2-D2 plane landed at Vancouver Airport today.

Yes, we get it, people dress up their dogs. It’s cute. It’s easy engagement. You can do better, y’know?

We had to… #MayThe4thBeWithYou pic.twitter.com/uw7SAYPZQV

Aww you guys. You adapted the crawl into your own, to talk about the enormous growing into oneself during the period of student hardship. That’s real cute. Nice.

A short time ago in a university not so far, far way… https://t.co/EQ5SMay3l6 #MaytheFourth #StarWarsDay pic.twitter.com/83dOKJZ25P

And so here we are. May with force be with us all on this sacred day, that not even a crappily-photoshopped play on a company logo can ruin. 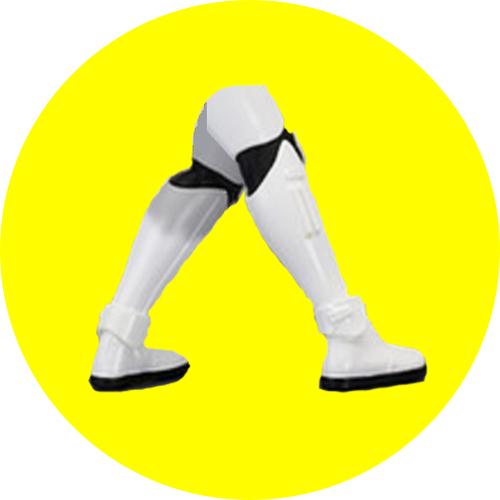