On Monday, the Australian Competition and Consumer Commission (ACCC) alleged that the brand’s claims were “misleading” and in breach of consumer law.

In July, Lorna Jane launched its ‘LJ Shield exclusive technology‘, claiming that it would protect wearers from “viruses and bacteria.”

The popular chain also promoted a range of slogans, like: “Cure for the Spread of COVID-19”.

The ACCC alleged that there was no scientific evidence that the clothing was able to live up to its claims. Their concern was that consumers often trust well-known brands and “assume that their marketing claims are backed up by solid evidence.”

“We allege that the statements made by Lorna Jane gave the impression that the COVID-19 claims were based on scientific or technological evidence when this was not the case,” ACCC Commissioner Sarah Court said.

“It is particularly concerning that allegedly misleading claims that Lorna Jane’s LJ Shield Activewear could eliminate the spread of COVID-19 were made at a time when there was fear about a second wave emerging in Australia, especially in Victoria, and all Australians were concerned about being exposed to the virus.” 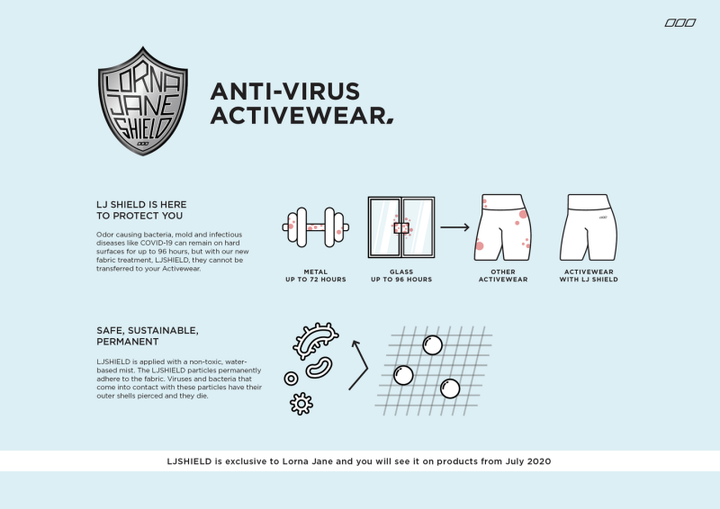 “Under the Therapeutic Goods Act 1989, any references to COVID-19 (and related terms) in the promotion of these types of goods are restricted representations,” the TGA said in a statement.

Lorna Jane fined nearly $40,000 for advertising clothes as "anti-virus activewear" – this is the release from the Therapeutic Goods Administration… #COVID19 pic.twitter.com/Yq3AwwsZMH

In response, a spokesperson from Lorna Jane issued a statement that said they would be defending themselves in the Federal Court against the ACCC’s allegations.

“We have assisted the commission in its investigations to date and are extremely disappointed that the commissioner has decided to start court action. We will be defending ourselves in the Federal Court against the commission’s allegations,” the spokesperson said.