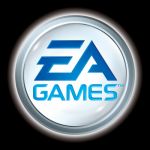 PEDESTRIAN.TV has partnered with EA Games to satisfy your Need for Speed.

Gather ‘round speed demons (is that cool or lame? I don’t know anymore, ‘speed demon’ is kind of so cringe it’s cool, right? Or is it just cringe cringe? Oh no this bracket is getting too long and you’re going to forget what the original point of the sentence is, OK crap never mind) cos Need for Speed is BACK with Need for Speed Unbound.

The brand new game is out right now — just in time for the holiday season, so you can work off all the holiday gluttony by sweating your way through a new array of cars, tracks, and high-stakes lightning-paced action in a riveting new art style.

A$AP Rocky headlines the soundtrack with a number of songs featured, including brand new track ‘Shittin Me’ — produced exclusively for the game.

NEED FOR SPEED OUT NOW! SHITTIN’ ME OFFICIALLY THE LEADING SINGLE, MUSIC VIDEO OUT MONDAY! pic.twitter.com/7DJoy6sfug

Our very own Tkay Maidza, Alison Wonderland, and Anna Lunoe also feature, with tracks ‘Where Is My Mind?’ ‘Eyes Closed’ and ‘Ice Cream’ respectively.

The game itself is a breath of fresh air when it comes to the hyper-realistic art style recent racing games have gone for, with developers Criterion opting for a more Into-the-Spider-Verse-meets-anime cel-shaded aesthetic. And it looks marvellous — especially on next-gen hardware.

NFS Unbound will let you create your own character, and then it’s up to you on what kind of driving style and wheels your newly created legend chooses — the game rewards self-expression while also letting players live out their wildest dreams by driving the world’s most desirable supercars on both sides of the law.

The aus music connection with the latest NFS continues with rising star MAY-A partnering with the game to explore what “Unbound” means to her. Check out the vid below.

Need for Speed Unbound is available right now on Xbox, Playstation, Steam, the EA app, and the Epic Games store.