Bloody hell, Sydney. You most definitely came through on this one.

Today’s Keep Sydney Open rally drew an estimated 15,000 protesters in the loudest call yet to have Premier Mike Baird rethink the suffocating lockout laws his government has placed upon the fine city.

Kicking off at Belmore Park in Surry Hills, punters from all corners of the late-night scene – including Boomers and kids – snaked up Elizabeth St with signs and placards and chants of “Casino Mike, take a hike!”. 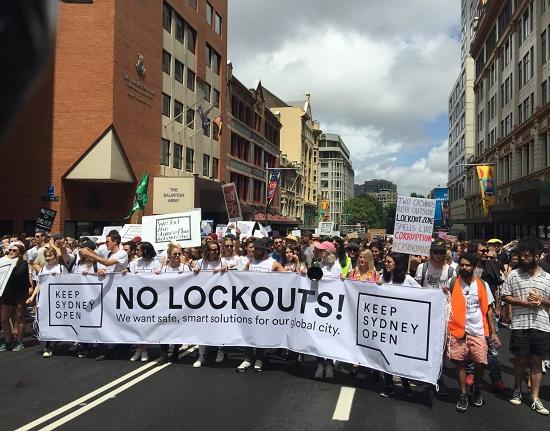 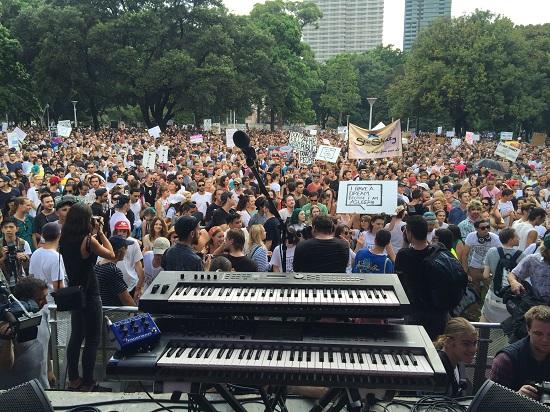 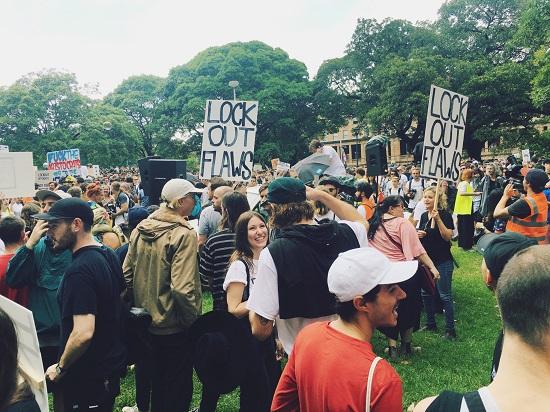 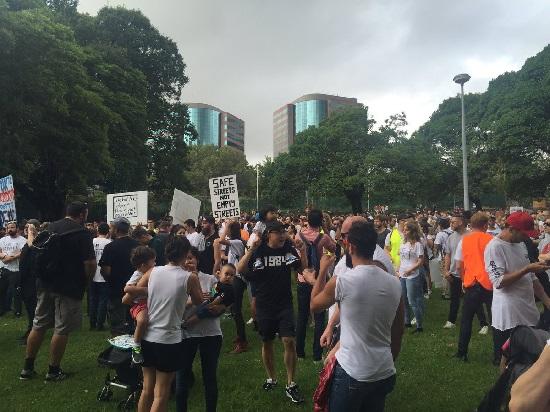 bloody oath Sydney. this is amazing#keepsydneyopen


The march finished up in Hyde Park for a series of speeches and performances from the likes of The Preatures‘ Isabella Manfredi, Nina Las Vegas, Dave Faulknerfrom the Hoodoo Gurus, Bernard Keane, Art v Science and Royal Headache.

It would’ve been abso-bloody-lutely criminal not to inject some Beastie Boys into the situation and, fortunately, AvS delivered on that front.

Leading the late-night luminaries speaking out about how the laws have unfairly affected venues, clubs, and by extension, Sydney’s once-vibrant culture was Las Vegas, who told the crowd:

“From the local breweries to the club flyer designer, to the security guards to the event coordinators, it’s affecting an entire community. Not to mention the thousands of aspiring young students who depend on after hours income to support living in the 8th most expensive city in the world.”

.@ninalasvegas saying her piece: “Empty streets with no one in them is what our city looks like.” #KeepSydneyOpen pic.twitter.com/oL9lA0Q53Q

Manfredi also gave an A++ speech that drew massive roars from the audience.

She said: “They [the NSW Government] took a whole lot of different venues, small businesses, and entrepreneurs both young and old, and lumped them into a group, altogether under one blanket culture. And they call that culture anti-social.”

The fact that so many regular Sydneysiders took the time out of their day, in rubbish weather, to take a stand against the laws is definitive proof this ain’t just some cheap slactivism: the laws are destroying an entire way of life in the city, and its residents won’t take it any more.

For the moment though, we reckon the protest speaks for itself.