Just Gonna Say It: ‘Karen’ Is Not A Slur Despite What Boomers Are Saying

People have been giving ‘Karen’ a hard time lately.

The name has quickly become synonymous with all sorts of negative character traits. If you’re rude, annoying or entitled, chances are you’re a Karen.

But Karen is just one character in an entire meme universe. When Karen is abusing a waiter, Chad is making unwanted advances on women, Becky is appropriating black culture and Kyle punching the walls of his rumpus room out of frustration. Linda, meanwhile, is plotting against Karen ahead of the next P&C meeting.

That isn’t to say all meme names are equal; Karen is by far more popular than the others, and that seems to have drawn the attention of boomers, some of whom may be called Karen. Even the Sydney Morning Herald has investigated what it means to be a Karen, in a column titled “Thanks for noticing us Gen Z, but we need to talk about ‘Karen’.”

Online, one of the earliest examples of “Karen” being used as a placeholder name in a negative context was a 2016 Tumblr post. While the tone of the post is consistent with our current understanding of what it means to be a Karen, the woman in the picture belongs to a completely different demographic.

By 2017, the name Karen began to be associated with a much older meme when the subreddit r/FuckYouKaren was created. One particular portrayal of Karen began to gain traction over the coming year.

Images of a middle-aged woman with blonde hair and designer sunglasses have long been used as a misogynistic trope to attack women in general. Now, they had a specific name: Karen. This meme would often appear whenever a woman might have a complaint or dispute, no matter how genuine their gripes were. 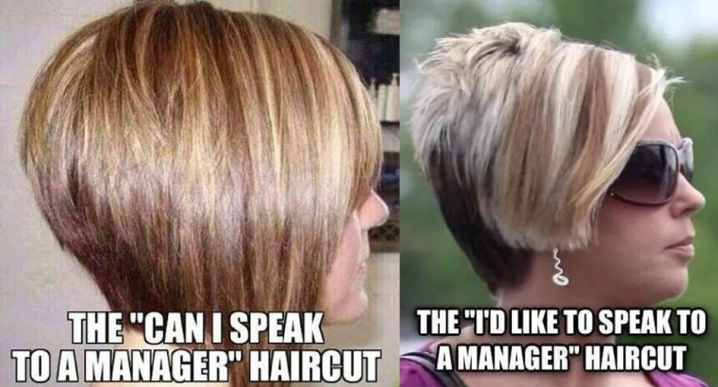 However by 2019, the usage changed. The word was reclaimed from misogynistic edgelords by young people frustrated by rude behavior in general. This specific incarnation of Karen began to be applied to instances where someone really was being unreasonably aggressive over trivia.

Karen is now used to call out white, middle class entitlement. Its usage stands up for the overworked worker behind the cash register and mediates in the aggressive roadrage dispute.

There are still instances when Karen is used against someone who happens to fit both the original and more recent definitions. Kidz Bop Karen is the archetypal soccer mum who hates fun. But when she stuck her head in someone’s car to abuse them over trivia, she attracted ridicule not for being assertive but for being entitled, aggressive and downright cooked.

As Ridge tried (and failed) to tear down the family’s Aboriginal flag, artist Robby Wirramanda jokingly replied: “it’s too strong for you Karen!” The subsequent hashtag #TooStrongForYouKaren came to represent the resistance of Indigenous people against ongoing racism.

WTF!!!! THIS HAPPENED TO MY PARENTS JUST LAST NIGHT pic.twitter.com/MqFfXgmV3z

In a Sydney Morning Herald column, Julia Baird questions why Karen has become the figurehead of all these traits over, say, Ken. She notes that women often do not speak up enough to do social pressures, whereas men have been found by researches to complain more. Quite literally, it’s men who are more likely to want to “speak to the manager”.

“There is abundant evidence that women don’t complain enough – especially when it comes to sexual assault, rape, domestic violence, harassment, discrimination, and now we want to parody those who do?” she writes.

But many on the internet found that the column missed the point. People even took to social media to defend their use of the name ‘Karen’, arguing that it is an attack on entitlement, not women.

Found out that the study they funded to prove vaccines cause autism proved that vaccines don’t cause autism #AndThenKarenSnapped pic.twitter.com/kq9YqNEoJR

Baird wondered whether English social reformer and nursing pioneer Florence Nightingale would’ve been a Karen. That may have been true several years ago by virtue of being a woman. Such is the awful nature of online misogyny.

But nowadays, the opposite is true. The same people who use Karen as an epithet also revere African-American slavery abolitionist Harriet Tubman in the same breath. If anything, Karen is now the antithesis of someone like Nightingale or Tubman.

Baird, for her part, did approach the issue with an open mind and did not claim to have pinned down exactly what the implications of being a Karen are. She even wrote that her own daughter told her that her dissection of the meme gave off “strong Karen vibes”.

The Karen meme does have problematic roots, and it’s impossible to ignore that a cliche of a woman is being used to represent everything that is bad in the world. But like many words, it has transcended its past to take on a new meaning. Many of the people using ‘Karen’ online were themselves too young to remember its original definition.

Whether or not that rehabilitates the word is up to the individual, but it’s important to remember the intent of its users, Karen.