Just a few days after Julian Assange was granted asylum by Ecuador officials, the Wikileaks founder addressed the world media from the Ecuador embassy in London, criticising the United States for the “witch hunt” against Wikileaks, and gave a brief shout out to his fellow victims of political oppression – including military WikiLeaks whistleblower Bradley Manning and prison bound Russian punk band Pussy Riot.

Reading a statement from the embassy balcony and sporting a short new crew cut that automatically ruled out Garth Algar from the List Of People Who Could Play Julian Assange In A Wikileaks Movie, Assange said “On Wednesday, Bradley Manning spent his 815th day of dentenion without trial – the legal maximum is 120 days… On Friday, a Russian band was sentenced to two years in jail for a political performance. There is unity in the oppression. There must be absolute unity and determination in the response.”

Mr Assange’s mother Christine Assange praised her son, telling the Australian media: “It was fabulous. He looks so well, he sounds well, he puts many so-called leaders to shame. He’s written and read a brilliant speech… which has inspired millions.”

With no end in sight, the saga continues. 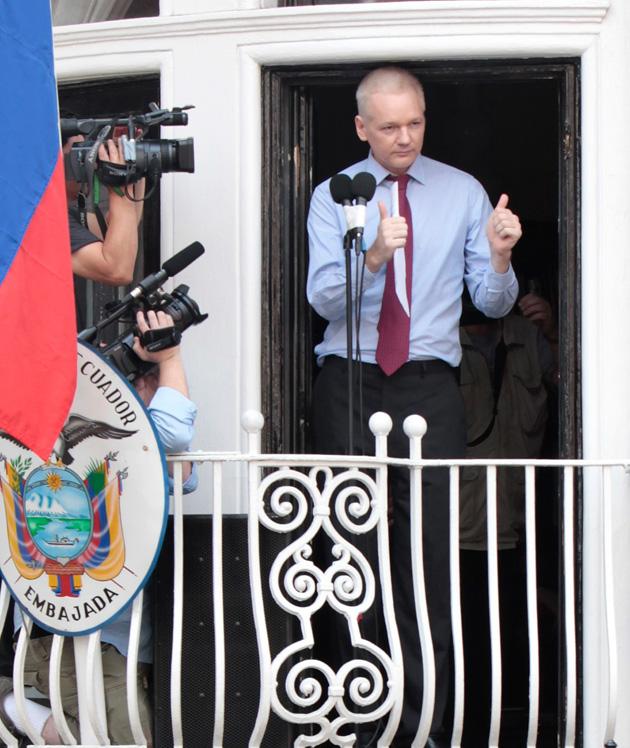