Folks, we’ve all seen depictions of Jesus on the walls of your local church, and in the form of cheap plastic nativity scenes. At worst, he’s a reasonably generic white guy with a beard and long, shiny hair. At best, he’s a strapping hunk of beef, clearly having spent all his time he wasn’t proselytising at the gym benching 100 kilograms. One thing he is never depicted as is ugly.

Unfortunately, you may need to reassess your vision of Jesus as a confirmed hunk o’ spunk. British historian Professor Joan Taylor has a new book out named What Did Jesus Look Like? which asks the eternal question: was Jesus boyfie material? Would he look good in an Armani coat? Did he have hips that wouldn’t quit?

Apparently not. Taylor draws on historical and archaeological data to pull together a reasonable assumption of what the historical Jesus might have looked like, and look… he’d probably be an acquired taste. Professor Taylor points to the unusually scant descriptions of Jesus in the Gospels – as compared to the litany of descriptions of Moses and David – which culminate in really just one line: “He had no beauty or majesty to attract us to Him, nothing in His appearance that we should desire Him.”

That line, honestly, does not inspire confidence that the Christian messiah was a stone cold fox. To me it’s the Biblical version of saying, “Look, the bloke’s not easy on the eyes but God love him he’s got a sense of humour.”

Now, we all know that the depiction of Jesus as radiantly white-skinned is an insanely stupid and obviously racist depiction of a guy who literally lived in Judea. The guy was Middle Eastern. No bones about it.

That obviously has nothing to do with his attractiveness – but what might have something to do with it was his profession. Professor Taylor claims that despite the fact being a carpenter might have meant he was fitter than most, he was probably also physically deformed by injuries. He’d probably have broken limbs which never step properly, as well as the scars from eye and facial injuries.

You might recall that in 2015, retired medical artist Richard Neave used medical and archaeological evidence to reconstruct what Jesus might have looked like, based on what the average bloke in that area looked like. Here’s what he came up with: 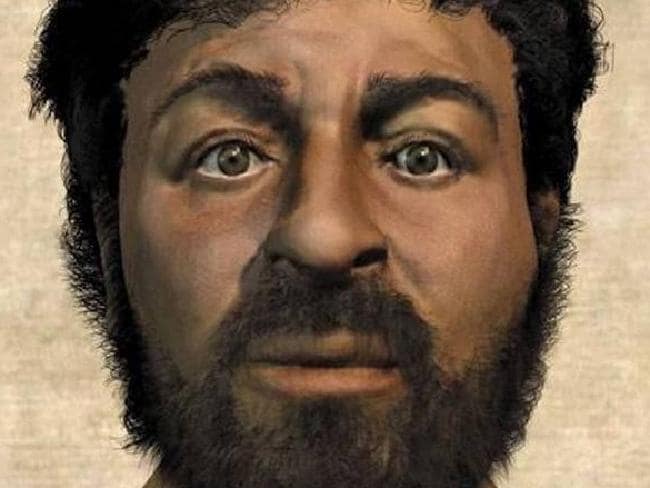 Now this guy isn’t ugly here but he is exceedingly average. You see this guy down the shops? Not a second glance. He just goes about his life like every other 6/10 bloke. But, I stress, this is not taking into account the carpentry injuries that Taylor claims Jesus suffered.

If you want to buy the book to learn more, it’s here.

Source: The Daily Beast
Image: The Last Temptation of Christ