James Packer and Nine CEO David Gyngell Engage In Fisticuffs, Choke Each Other In Street Brawl

According to a life coach eyewitness (that’s so Bondi), “Packer packered [sic] a punch but copped a couple of hits straight to the jaw… Then they all fell on the concrete fence and I think the other guy broke his face… They were looking for teeth after he left.”

The Sydney Morning Herald are also reporting that the pair were forcibly separated by Packer’s bodyguards, before retreating into their separate homes to seek medical treatment.

From Besties to Brawlers! Have just seen the photos of James Packer & David Gyngell fighting. Gyngell on the ground with Packer choking him

Photos of the incident and further details as to what prompted it – allegedly, Gyngell confronted Packer about his decision to leave his second wife Erica Baxter, before taking up with Miranda Kerr, who arrived in Sydney last Friday – will be addressed in a joint statement expected to be released by the pair this morning.

To tide you over in the interim, here’s a photo of Packer picking his nose at this year’s Australian Open.

UPDATE: Packer and Gyngell have released a perfunctory joint statement reading as follows:

We have been friends for 35 years and still are.

In that time we have had our fair share of ups and downs.

We respect each other and neither of us will be commenting further. 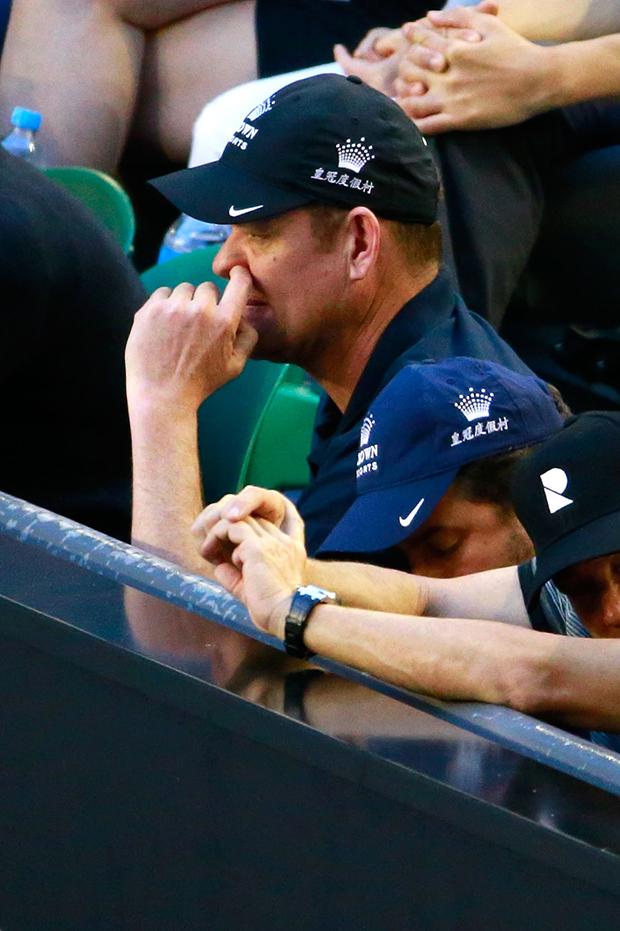