It Took 2.4 Seconds For Y’All To Photoshop The Piss Out Of Our New Fiver

We all knew it was coming, but hooley dooley that did not take long at all.

Earlier this morning the Reserve Bank unveiled an updated design for our much beloved Stuart Diver, and the results were like a good kebab: Mixed.

The new note features a new clear river dividing the note into Lizzy and Non-Lizzy halves. 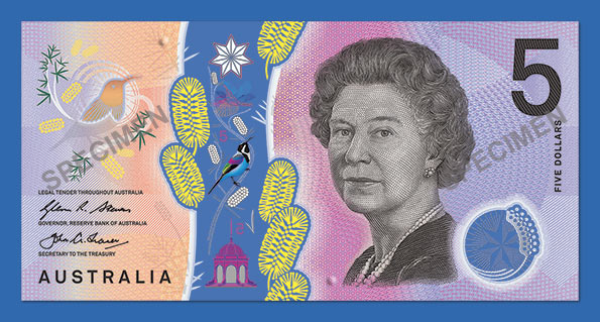 It’s… Look, it’s fine. There’s nothing fundamentally terrible about it.

Practically the entire Australian contingent on Twitter, however, realised the design reveal for what it really is: A giant missed opportunity.

bloody spewin’ they didn’t go with this one aye pic.twitter.com/ZJnvr0BTEq

When someone inevitably photoshops lasers coming out of Lizzy’s eyes to torch the wattle bird, we’ll have ticked all the requisite internet boxes for the day. Tuesday could be clocked well before noon, you guys.

But seriously, these are all infinitely better than the “official” redesign.

The note’s not gonna hit circulation till September. There’s still time to do the right thing.

Ball’s in your court, RBA.