Interview: Yimmy Yayo On Anonymity, Photography And The Future

James W Mataitis Bailey is the eyes behind Yimmy Yayo, the photography-art-design blog he curates, that is tagged with the apt descriptor: visual crack for the ocular fiend. What started out as a collection of archival jpegs that found their way from a folder on James’ desktop to the interwebs, gained an unprecedented traction with similarly minded aesthetes (and web trawlers with an appreciation of beautiful unclothed women) and eventually spiraled into something greater. Yimmy’s visual repository now receives over 2 million hits a month and has taken him across the globe and into the pages of the New York Times’ T Magazine and Nowness. Without really intending to, he has become one of the internet’s most influential taste makers.

So James what’ve you been up to today? Slept in this morning for the first time in weeks, breakfast with Iz from Backwoods [Gallery located in Collingwood, Melbourne], White Rabbit Gallery [contemporary Chinese art space in Sydney suburb Chippendale] and now back at the computer to answer some emails and organise my next few weeks. It’s beautiful out though, so maybe a coffee and swim before the sun goes down.

Can you give us a whirlwind wrap up of the last year for Yimmy Yayo? Travelled to Los Angeles, Texas and New York early on in the year. Fiji, Shanghai and New York for work. A few interviews, a few personal projects. Some highs and lows. New jobs and feeling as though things are on the up and up.

Can you talk us through the scale of Yimmy Yayo and just how many people are actually visiting the site at the moment? I’m not really sure to be honest. [Google] Analytics say’s it up in the ‘a lot’ category, just under 2 million hits last month? Not exactly sure, but I still can’t really comprehend the spread of it.

You just did a ‘Day of the Dead’ project for Nowness can you talk us through how that came about? I’d been in touch with Fiona from Nowness and we’d expressed interest in working together for sometime, but were waiting on a project to come up that we both liked. We’d talked about shooting something in China and NY, but work commitments didn’t allow for enough time, so this seemed like the next best, and most natural thing.

Image from the curated selection of images for Nowness: 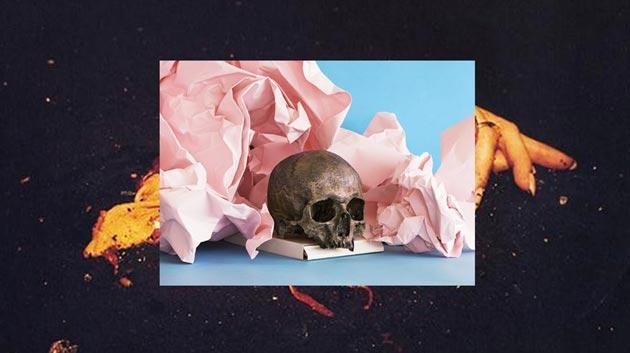 You shot NY Fashion week for Oyster can you talk us through that experience? Crazy. I landed on the 5th [of September] and didn’t stop till the 17th. I’ve been to a few Sydney fashion weeks, and in essence NY was the same thing, just on a much grander scale with more celebrities and a few iconic labels. But it’s predominantly the same beast. Off site shows were the ones to hit, always well known labels in amazing spaces, the money spent must have been incredible. 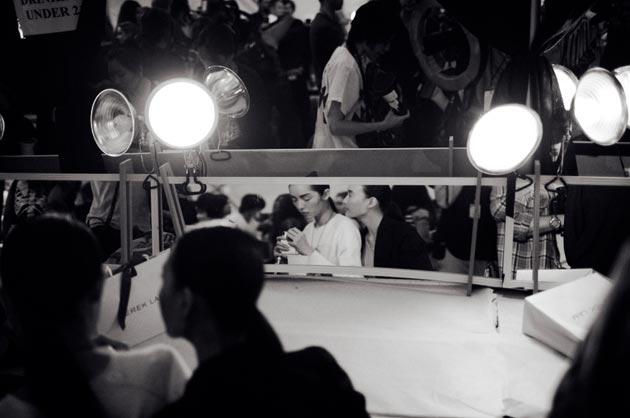 Any tips on how to wrangle your way in to shows? Lie. Cheat. Steal.

Do you manage to let your hair down so to speak or is it all work work work when you’re on an assignment like that? For some reason I had this idea in my head that I’d be able to sneak away for lunches or have a night or two out drinking … I was sorely mistaken. Although on the last night, I was turned away from Marc Jacobs along with about 200 other photographers and proceeded to drink to make up for all the nights spent in my apartment til 4am editing.

For the first few years of running Yimmy Yayo you were largely anonymous – has anything changed since you ‘unveiled’ yourself? Not really, friends knew it was me after the first year or so. It’s seems as though the responsibility and accountability I had managed to avoid while anonymous has come back to me a little now though, which is fine. But I don’t get stopped on the street or anything if that’s what you mean…

What’s been the most surreal moment for you since starting the blog? In regards to the blog, being received in NY at the start of the year was pretty amazing, I had no idea people liked it so much there. That and some celebrities picking it up and passing it along.

Have people asked you to take pictures down? Only two or three to date. 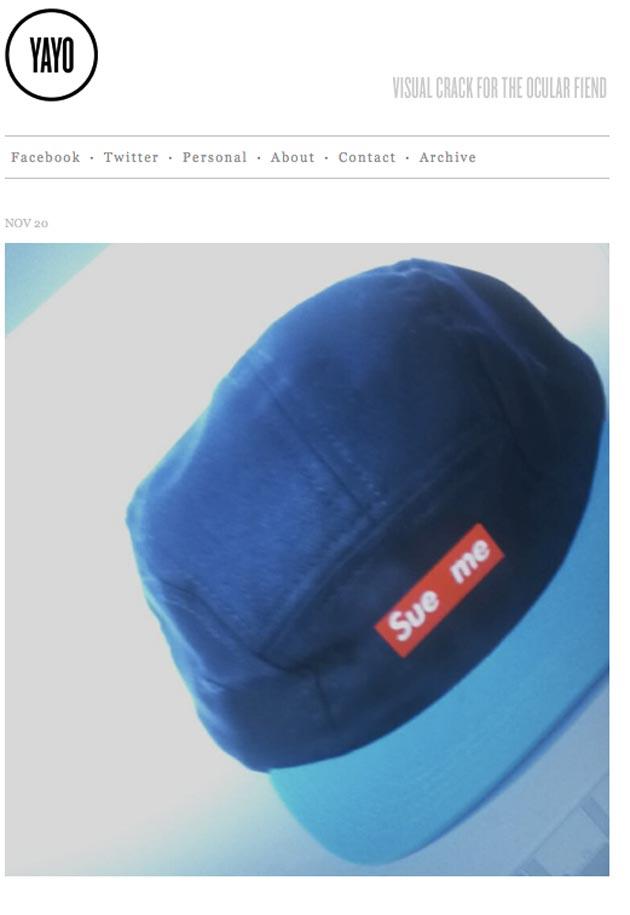 What are your views on copyright and how it exists or seems to cease to exist online? The whole Tumblr thing has definitely messed with copyright and usage lines. When I first started I didn’t know one person with a Tumblr, and not one who looked at mine. But the beast has somewhat gone wild and really taken a lot away from the original artist. I’m far from a saint on this front. I had an idea that one day I’d shut the whole site down and wouldn’t re-open till every image was credited and linked, kind of like Wonka (Wilder not Depp), but I’ve done the math and if I link 4 a day it’d take me 6 years to do…

Creatives building careers from online blogs and sites is something we’re seeing more and more, when did you start to realise that your collection of images could help support your photography career? I don’t think I’m quite there yet, I think it’s opened some eyes to my taste and ‘possibilities’, but I’m a long way and a lot of hard work off assuming that my photographic career is up and running. I’m not even too sure it’s what I want to be doing. I always remember a conversation I was having one frantic morning with [stylist] Kashi Mai Sommers. I was fretting because I didn’t know what I wanted to ‘be’ or do, she said something loosely along the lines of ‘why does it have to be one thing? If something comes along take the opportunity. If you like it, do more. If not, don’t do it again’. I’ve been running under this banner since that day and slowly refining I guess.

What projects are you working on at the moment? Some shoots, editorial work, film and product pieces… busy, but if there’s one thing I’ve learned the hard way, it’s to not talk about it til it’s done and out.

There’s a UK wedding photographer called James Bailey. Have you ever gotten mixed up? Not yet, but I love weddings.