Calling all broke uni students, experts (in the economics of noodles) warn that instant noodle prices could come to a boil because of Russia’s invasion of Ukraine. Mi Goreng? More like Mi Go-stockpile the goods. I’m just kidding. Please do not hoard instant noodles and contribute to the chances of a two-min nood shortage.

The ABC reports Russia’s invasion of Ukraine will likely lead to major disruptions in the supply chain because Ukraine’s ports are under siege and farmers have had to leave their fields to defend their homeland.

This will likely cause the price of noods in Australia to rise. The World Instant Noodle Association (an incredible name for an organisation btw) said Australia is the 19th-largest consumer of two-minute noods. As of 2020, we reportedly chow down on 440 million packs per year.

Australian spokesperson for Indonesian Bakmi Mewah instant noodles Anthonius Auwyang told the ABC prices went up by 15 to 20 percent because of the pandemic. They’ll likely further increase because of what’s happening in Ukraine. 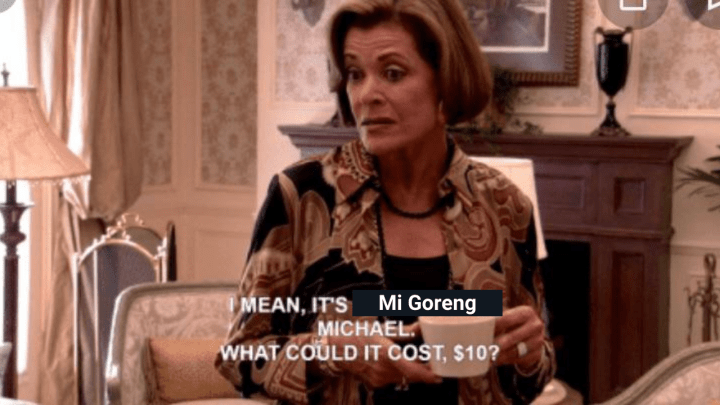 “[Russia’s invasion into Ukraine] will drive up the shipping cost to be more expensive and will indirectly increase the price of food ingredients,” he said.

“The effect will be felt in the long run, but not really in the immediate future because Australia still supplies wheat to Indonesia.”

Indofood is the manufacturer of Indomie, the largest instant noodle brand in Indonesia. Indofood Chief Executive Franciscus Welirang said the company still had wheat imported from Ukraine in Feb 2021. He said it was unlikely they would have a supply chain issue in the next two months.

But the World Instant Noodles Association said that the price of instant noodle brands increased by 5 to 12 percent in Japan. It’s one of the biggest consumers of instant noods in the world. The ABC adds that manufacturers in the area said they plan to increase their prices in June.

TL;DR: if instant noodles go up in price, it likely won’t happen for a few months.

But it will be an issue that disproportionately affects the working class if it does. Instant noodles are cheap and easy to make. They’re a go-to for people in low-income households and uni students.

I guess it’s back to eating sauceless pasta and tuna from the tin.