Look, whilst this isn’t exactly surprising news, it’s still bound to rustle the jimmies of more than a few of you.

NSW Premier #CasinoMike‘s grand plan for the Sydney CBD is one step closer to fruition, with James Packer‘s Crown Casino at Barangaroo scoring the go-ahead from the NSW Planning Assessment Commission.

The development passed with some minor compromises to the original plans, mostly to do with “increased public space” at Hickson Park and the western foreshore, and will now be built on that horribly convenient little gap in the Sydney Lockout map that contains none of the alcohol restrictions that similar arbitrary stretches of ground two blocks to the east do.

Or, to put it another way: 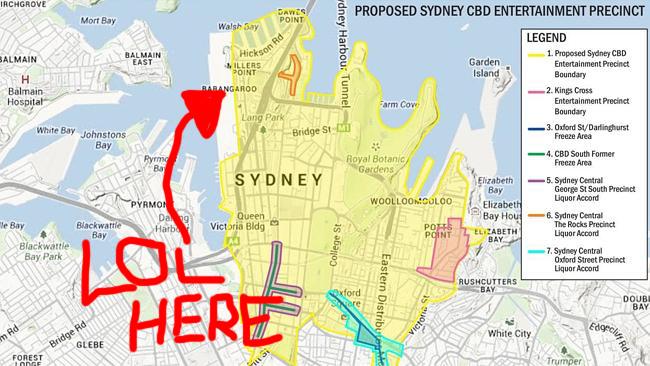 The $1.5billion project includes a casino and tower, and will be built on land that was previously reserved for public parklands.

The approval by the Planning Assessment Commission was thought of as something of an inevitability, given the board has a documented 96% rate of approving applications. The commission did, however, insist on a compromise which will see a 30 metre-wide promenade placed between the casino and the harbour, which in their words means “the public good has been given a more equal status with the private good.“

The tower will become Sydney’s tallest habitable building, and the associated casino will be aimed solely at VIP or high-rollers. It’s expected to open in 2020.

Meanwhile, you’re still very much unable to grab a knock off from a bottle-o if you finish work at 10:01pm on a Friday night. Because safety.