“I Was Addicted To Grindr”

There exists only a few social networking services that are worthy of the descriptor “phenomenon”. Grindr is one of those few that truly fits the bill. For those not in the know, Grindr is basically the world’s premier phone app for gay men, which uses geolocation as a way for users to connect with other dudes in close geographical proximity. In short, Grindr makes all your on-the-go hook up dreams come true. For Gavin Roach Grindr was a revelation. However, like it usually tends to, the endless quest for instant gratification eventually steered into Addiction Territory. Confessions of a Grindr Addict is Gavin’s semi-autobiographical work inspired by his tumultuous relationship with the app that literally changed his life. In the one-man show he tries to answer the big existential question of modern times: Is the internet and social networking really making us less lonely? Gavin told us the story of how he became addicted to Grindr…

GAVIN ROACH [as told to Suz Tucker]: How did I become addicted to Grindr? It all sort of started with the purchase of the iPhone. I think there was a very short period of about two weeks before somebody mentioned the App and I got curious as everyone always does. I jumped on and all of a sudden it was a completely different world, it was brilliant; it was everything you want when you go out: to meet someone, to have a sneaky flirt, to have someone to chat to.

My first connection on Grindr was with a wonderfully gorgeous red-headed man who is just brilliant. When we met up it was nothing compared to what I was expecting. We just sat for hours and talked and it was a nice reminder of how good it really is to meet someone and get to know them, to make real discoveries and see them laugh or question you, to have that engagement you really don’t have on social media.

When I first discovered it it was exciting and wonderful, and I think the reason why it’s so popular is that it really fits in with the fact that we are very time poor and it garners results very quickly. When you get home from work or the gym (if you go at all), throw down some dinner, have a shower, spend an hour getting ready, you often come home on your own. So with Grindr you can sit around, on the couch, in your daggy daggys, food all over you and people can be like “What are you wearing?” and you can be like “totes underwear!” 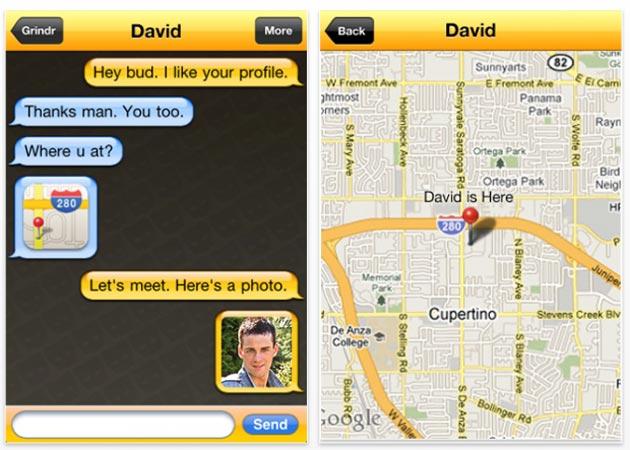 With Grindr you realise how very quickly how little effort you need to put in to get results! Once you get very comfortable with the fact that it’s completely devoid of emotion, you can go on there and you can be completely blunt – and you’ve got to be prepared for people to be blunt back. If you go on and say “I’m looking for this, this and this” then you either get it or you don’t. It’s very black and white, there’s not a real grey area.

What you’re looking for:

I’m on Grindr all the time. Or at least I was. Using Grindr you get the opportunity to talk with people all the time and you’re not just stuck with yourself. If you’re lying awake at 2am there’s always someone to talk to. If you’re sitting at work bored you can jump on and just chat to someone about something light, something flirty – anything. So after a while it really did consume my world.

I would leave Grindr on all through the day. When you first get it, you learn very quickly to carry around your [phone] charger because it eats away at your battery like there’s no tomorrow. So I’d be on Grindr at work at a retail store, serving a customer – glancing at them, glancing down, glancing at them, glancing down – I was shameful! And I was always on it because there was always someone new or always the possibility of someone new. Because Grindr is location-based it can get very boring very quickly. Sometimes I feel like moving out of my neighbourhood because I feel like I’ve “Ground” everyone there.

There were a few times where I wasn’t happy with the outcomes I was getting and I was kidding myself that this was the best thing for me. I was taking it too seriously as well and I’d fall into the trap of questioning why someone hadn’t written back within a day. Or if someone came over and when they left I was hit by the realisation that I didn’t even know their name. 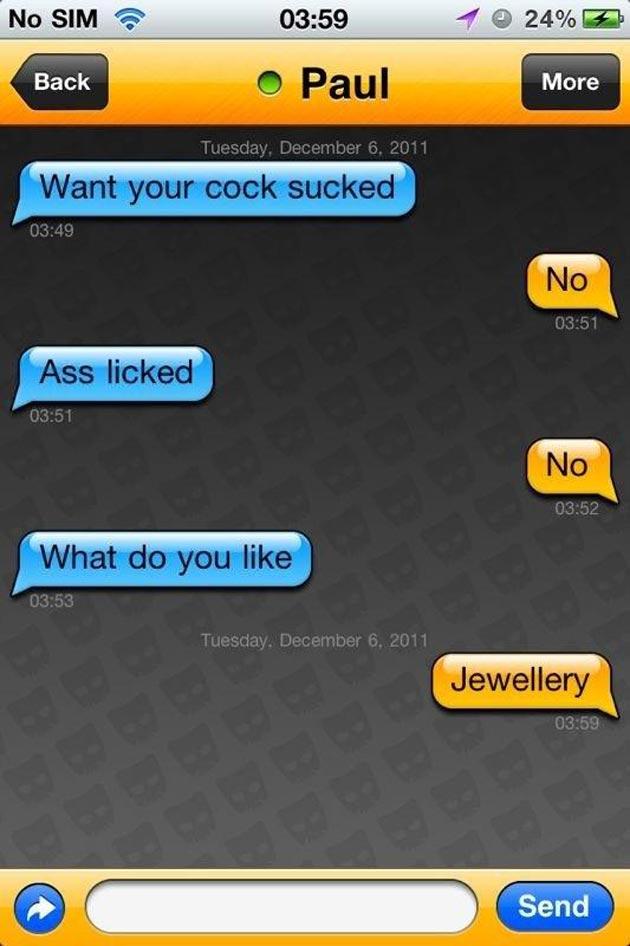 After a while it becomes apparent that Grindr is void of emotion and you are just dealing in black and white terms and there is no emotional human contact. It is a wee bit of a lie because it’s just words and you yourself are putting your emotions to it – you’re not connecting with the person one-on-one, you don’t exactly know what the person’s saying, or the sentiment behind what they’re talking about. It’s all a wonderful pantomime.

That was disheartening to me and I fell into that grey area [of wanting to make more meaningful relationships] and it just was not working. I wanted to make emotional connections with people, specifically men, but these connections weren’t working. They were looking for different things.

I don’t know if it’s entirely Grindr’s fault, but I think it’s partly mine and that I was looking for those sorts of things in the avenues of Grindr that I took.

If I really wanted to get to know someone I could just walk up to them at a bar, or a coffee shop or a bus stop and go “You look lovely and you have a lovely smile, and I like your hair” – and there you go, there’s your chat! That’s terrifying and that’s why I think Grindr is so heavily used because that fear of instant rejection is gone… But also there is a sense of realness and you get to really know and feel things for someone – whether it be just as a friend.

If I had to offer advice and tips to first time Grindrs, I would say: don’t take it too seriously and don’t be afraid to use the ‘block’ button! Don’t invest too much into it and forget the distinction between the two worlds. When it comes down to it, it’s just you and your phone.

You have to rely on your instincts, it’s very gut based. It’s a very big leap of faith. Sometimes it can be wonderful and brilliant and it can surprise you. Other times you think “what in the world am I doing?” and you look for the eject button. 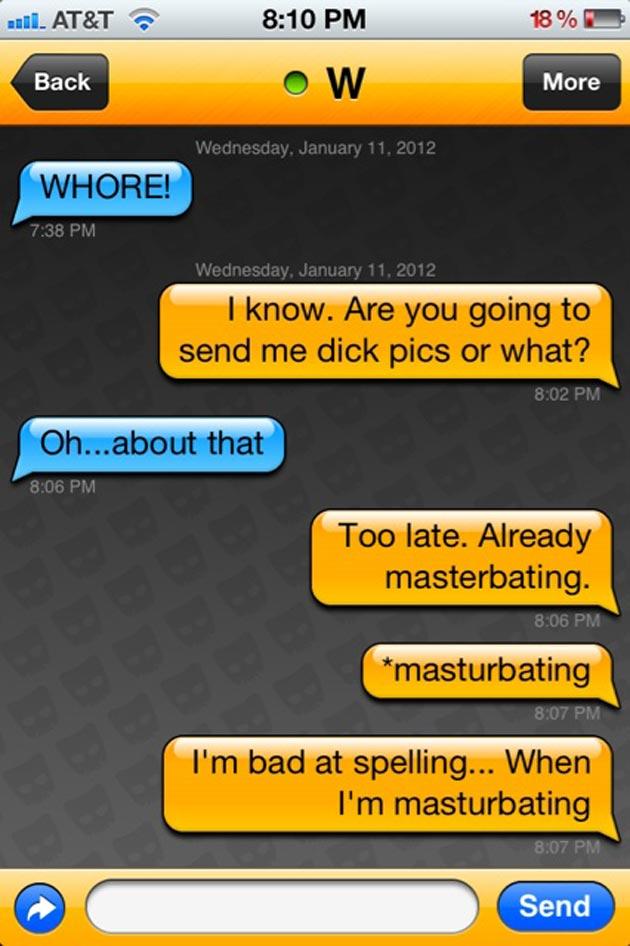 I always have an element of that fear on my mind that if I do sneak out in the middle of the night I am going to a complete strangers house. You have to be very smart about it. If for any reasons you feel uncomfortable you have a right to leave and walk out. I’ve been in situations where I’ve just left.

Part of the inspiration for the show is the fact that we’re all searching to connect with someone on a number of levels but on Grindr can blur the line because a lot of it’s appeal is that you can be very blunt and evolve into a purely physical connection.

But Grindr is always surprising because often a lot of your friends will pop up on there and it’s a fine chance to name and shame – not in an outing way – but a ‘Ha! You’re just as shameful as me! – but I think in a positive way it does allow people to connect with each other without being open in society.

It can break down barriers. When I was researching for the show I discovered that in three short years Grindr reached Afghanistan, Iran and was looking into going into Iraq. Its kinda conquered the globe. We can connect in ways that we could never conceive before and we don’t even have to leave our house.

When I cultivated the show I really looked at the fact that it had consumed my world. I’ve been wanting to do something for a while because I find it’s very difficult to get involved in projects you’re very passionate about or to get involved in projects at all. So I just kind of went ‘why don’t I do it?’ and then I wrote about what I know which is, unfortunately, a lot of Grinding.

Gavin is taking his award winning Confessions of a Grindr Addict on the road! He’ll be performing at the following festivals (exact dates to come):

If you would like to support Gavin’s show and independent theatre you can pledge a donation to at Pozible where your support will go directly towards the basic expenses of producing the show. 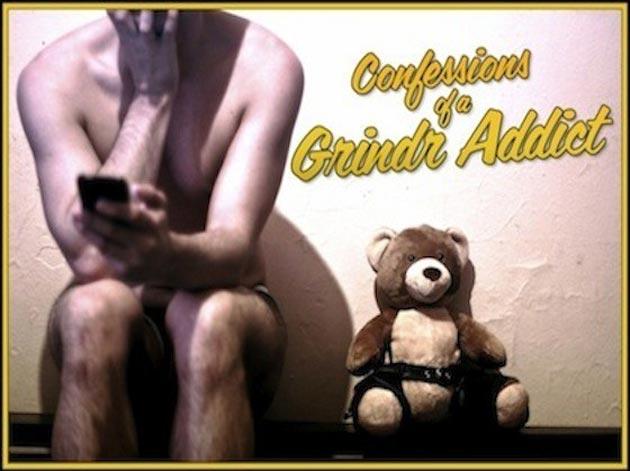