I mean, sure. We’ve all fantasised about it from time to time: You get the call telling you you’ve won the lotto, you immediately stand up, tell the boss to kiss your butt, and walk out the door to live the rest of your days out in pure luxury.

Unless of course, you happen to be one unnamed Gold Coast tradie, in which case you’re not just dreamin’ it, you’re bloody livin’ it right now.

The unidentified bloke got the call of a lifetime this morning, when Oz Lotto informed him he’d won last night’s Division 1 jackpot, netting him a casual sum total of $20,000,000.00 exactly. 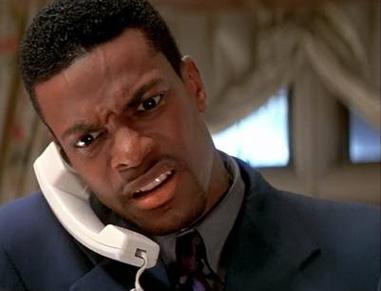 As the sole winner of the Division 1 jackpot, the man netted the entire prize pool all to himself.

So how did he celebrate this clearly life-changing win? By downing tools at his work site immediately and fobbing off home.

Reportedly, the man received a call this morning from Golden Casket informing him of his win, which he had not realised had happened, and he at first thought it was a giant stitch-up.

“This has got to be a wind-up! Is this real? This is bloody unbelievable!”

“Oh my god! Please mind my language but this is (expletive) awesome!”

“You know what, I thought you were a telemarketer or something. This is a much better phone call than I could have ever expected!”

Before the phone call with Golden Casket had even ended, he’d apparently already told his boss where he could jam his job, and had begun saying SOIYA to his workmates.

“I’ve been a construction worker all my life but I’ll definitely hang up the tool belt now!”

“This better not be a wind-up since I’m saying goodbye to the blokes at work now, because I’m never coming back here!”

Historical evidence of prior lotto winners suggests that there’s a fair chance he might be back at some point, and the words “Gold Coast” and “tradie” certainly don’t do the statistical opposite any favours.

However, this bloke for the moment just plans using the money to pay off his house, do some renovations, and spend the rest of his time play golf for the foreseeable future.

We should all be so bloody lucky, TBH.

But hey, if he needs any other suggestions as to what to do with all that dosh, we’ve certainly got a few saucy ideas.