Aussie YouTuber FriendlyJordies‘ house in Bondi caught fire this morning in what his lawyers are now calling a “firebomb” attack.

NSW Police confirmed the house went up in flames this morning and emergency services were called at 12:20am.

Per Crikey, the residence lined up with the public address records of Jordan Shanks-Markovina (FriendlyJordies’ real name).

According to the publication, NSW Police is treating the sudden blaze as a suspected arson attack.

Per The Sydney Morning Herald, Fire and Rescue NSW told reporters at the scene the blaze is “being treated as suspicious” after a fire at the same address occurred on November 17.

“The cause and origin of the fire [are] actually being investigated today by specialists,” said Fire and Rescue NSW’s Adam Dewberry.

The house reportedly suffered “significant” damage but nobody was hurt in the blaze. FriendlyJordies was not home at the time of the fire.

The fire was first reported by OnScene Bondi, a local news site for Sydney’s eastern suburbs and beaches.

“Someone has just tried to kill Jordan Shanks,” he said.

Lawyers from Xenophon Davis also released a statement via their Instagram page.

“We confirm that Jordan Shanks’ home was firebombed last night. He is safe,” a member of the firm wrote.

“We hope that every possible police resource is dedicated today to securing evidence and intel. It might even warrant a Strike Force focused upon (sic) terrorism and attempted homicide rather than dangerous jokes.”

FriendlyJordies shared the post from Xenophon Davis with the text “I’m still alive”. 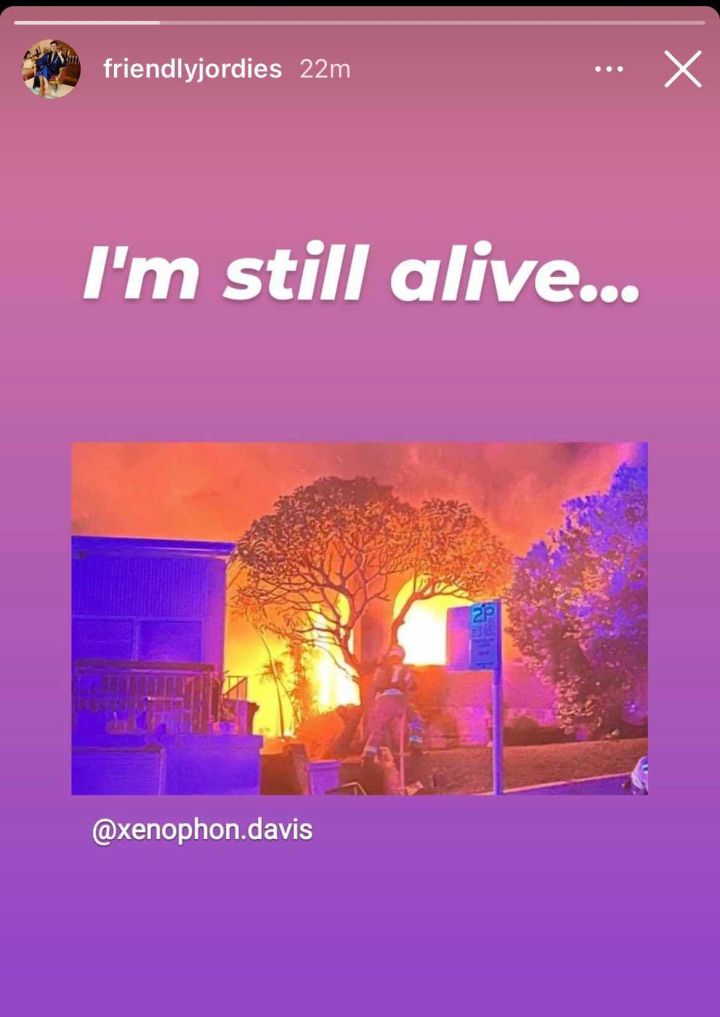 Per SMH, FriendlyJordies told reporters that he had a “long list of suspects” as to who firebombed his house.

“We’ve done some extremely dangerous reporting over the last year of a bunch of extremely powerful people and corporations, there are many people that would want to do that,” he said.

“I do have a shortlist in my head of who I think could’ve done it. I would hope that the NSW strike force that is supposedly set up for fixated people and terrorists would be looking into this instead of a comedian and his team for six months straight.”