Late last month The Australian uncovered and published small excerpts of his 14-year-old debut novel, which painted a picture of awkward prose and racially-charged erotica, or erotically-charged racism. We’re not really sure.

It contained this sex scene involving the power-mad dictator of Indonesia:

“Yasmine didn’t believe in wearing bras; in fact, she really didn’t need to wear them as her breasts were still as firm as they had been in her late teens. Rono massaged her small, soft brown breasts, luxuriating in the silky complexion of the skin. He moved his hand up her inner thigh. “Yes,” she moaned. “Do it now, please, don’t wait any longer.”

After landing Jensen into considerable hot water – he’d used parliamentary letterhead to spruik his book to publishers, and following The Australian‘s report lost the Liberal preselection 57 to 7 – the book is now available on Amazon for all and sundry to read for the low, low price of $6.51 a pop.

We had a brief skim through it, and spoiler: it is not good.

To give you a taster, meet Jenny, our 24-year-old protagonist whose stunning good looks are only matched by her fighter piloting skills and unwillingness to take shit from anyone.

On the next page, she’s arguing with her father about her decision to be a fighter pilot, not because it’s a dangerous profession or anything but BECAUSE HE THINKS THE G-FORCES WILL AFFECT HER ABILITY TO MAKE BABIES.

And a little while later, here she is being told what her first time flying a plane will be like:

Here’s how a male pilot describes flying a fighter jet to a new female pilot… pic.twitter.com/GGZDjoLsXK

To add insult to injury, there’s not nearly as much sex in this thing as The Australian‘s excerpt suggested. In fairness, Jensen wrote this 14 years ago, so he didn’t have the smash smut hit ‘50 Shades of My Inner Goddess‘ to draw inspo from. 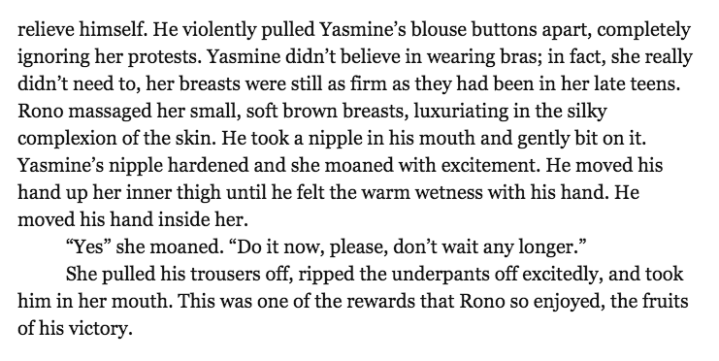 Jensen is planning to sue The Australian for their report, claiming it lost him the preselection.

But hey – at least his magnum opus isn’t lying dormant in a Word file, no?