One week I’m writing about shrimp in cereal and the next I’m writing about fairy bread. Thus, is the unpredictability of the news, and the ever-changing mystery of the internet. Join me, as I dissect this wild new petition to change the name of fairy bread, which fooled a couple of people online, but is absolutely just a prank.

Alright, let’s just jump straight into it then why don’t we.

Our story starts with Alexis Chaise, PhD, who posted to Twitter that she was starting a very real petition to change the name of fairy bread due to the word ‘fairy’ being offensive.

She didn’t say why it would be offensive, and as a gay man, I would love to know her answer here, just out of curiosity.

“After spending my life abstaining from ‘fairy’ bread, I have been fed up for too long. The term ‘fairy’ is offensive and outdated, and should not be used to refer to classic Australian food,” she wrote on Twitter.

ATTENTION:
After spending my life abstaining from 'fairy' bread, I have been fed up for too long. The term 'fairy' is offensive and outdated, and should not be used to refer to a classic Australian food. #FairyBreadIsUnAustralianhttps://t.co/yKqIJBO1qm

“I was shocked when I discovered at my cousin’s 5th birthday party that the children there were being taught to use the derogatory term of ‘fairy’ in regards to their party food,” she wrote on Change.org.

“I never personally ate fairy-bread while growing up, and am proud to say that I still have not. However, I would like to think that if I had a child I would not be using a term as crude as the term ‘fairy’ to describe it.”

And at the time of writing, the petition managed to gather 1,088 signatures in an attempt to make it to 1,500.

You can check out the full petition for yourself right here.

Naturally, quite a few people fell for it, and started to voice their opinions on cancel culture and the innocence of the word fairy. Some people just really love their fairy bread I guess.

You are what is wrong with the world.

For the love of God & all things holy, can we choose our battles. There R actually some really pressing matters regarding inequality & the marginalisation of minority groups be it their gender identity, ethnicity ???? made by fairies for a little one’s party isn’t one of them. ????????‍♀️

However, Alexis Chaise is a fake. Yes friends, she isn’t real at all, and is in fact an account made by The Chaser to fool everyone.

So how did so many people come across the petition? Well, back in 2020 they tricked a whole bunch of people into following Chaise in an attempt to gain her more followers than Mark Latham.

And so a whole bunch of people would have seen her petition in their Twitter feeds this morning, because they were following the account. It’s quite frankly genius online tactics.

Eagle-eyed Twitter user Matt Johnson also discovered that the Facebook page for Alexis Chaise is a bit dodgy, to say the least.

PSA: That petition doing the rounds calling for a ban on 'fairy bread' was created by a fake profile.

This is the creator's FB page. Six friends (not from Aus), each post attempting to tap into some form of confected outrage.

Don't buy into this one, folks. pic.twitter.com/2EeOqNgLA8

Why is her FB job interesting? Because an Alexis Chaise is a type of lounge. The Chaser has really played us all, and they weren’t even trying to hide it. 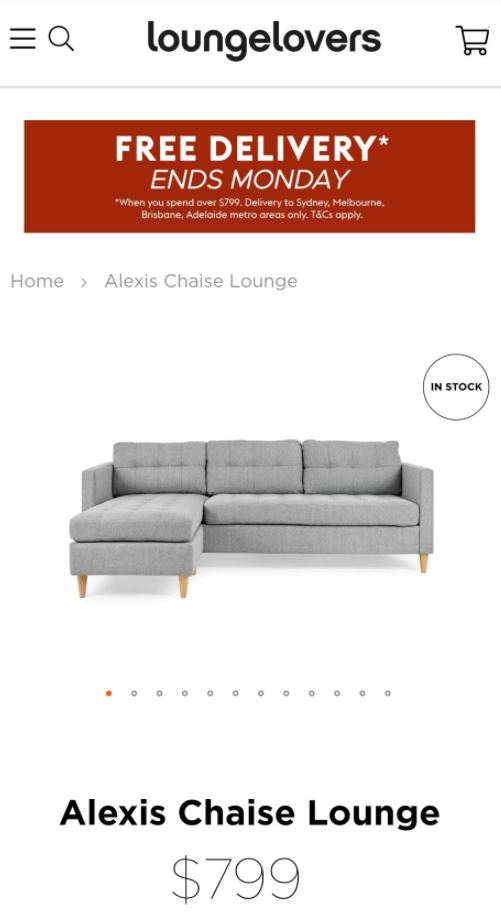 Not to mention the face of Alexis Chaise used on socials isn’t even that of a real person.

It’s an AI-generated head from ‘This Person Does Not Exist‘, a site that allows you to create the face of someone who isn’t actually a real person using the magic of technology.

Those glasses look odd. It looks like
an AI generated head from https://t.co/N4Cp6dTuoi pic.twitter.com/9FpGnFz3h4

News.com.au, with all their speed and efficiency, was maybe too fast on this one, and wrote an article about the petition that has since been deleted.

If you can fool them, truly you have won.

Logging off for the day as my work here is done. pic.twitter.com/qmWHDAAA0b

And the cherry on top of this delicious fairy bread cake is the fact that Lyle Shelton, from the home of phobia, even fell for the prank.

I also love how he refers to the gays with just a pride flag emoji. Good on ya, Shelly.

If you need me I’m going to go sign this fake petition for laughs and then return to my scheme to degender Lyle Shelton’s fairy bread.