Eternal Heartthrob Freddie Prinze, Jr. Is Back In Biz As A Cookbook Author

But what you probably *don’t* remember him as is an acclaimed home cook, ‘cos no one knew that was his thing until he announced he’s putting out a family-focused tome of recipes that riffs on his Puerto Rican heritage, called Back to the Kitchen: 75 Delicious, Real Recipes (& True Stories) from a Food-Obsessed Actor.

“I’ve always cooked for actors I’ve been lonely on location with. And I’d always become friends with the chefs in the cities we shot in,” he says. “After enough people asked for recipes, it felt like the right time to put 20 years of stories in this business into a cookbook.”

The cookbook’s blurb is soul-lifting, tbh:

“Freddie teaches fans to cook his mainstays, the recipes that he makes on even the busiest weeknights, as well as more luxurious date night meals. With personal family photos from Freddie and Sarah’s beautiful LA home and Freddie’s hilarious stories about the life of an actor, husband, and father in Hollywood, Back to the Kitchen shares more than just recipes. It’s an inside look at a beloved movie and TV personality who has acted, cooked, and eaten his way around the world.” 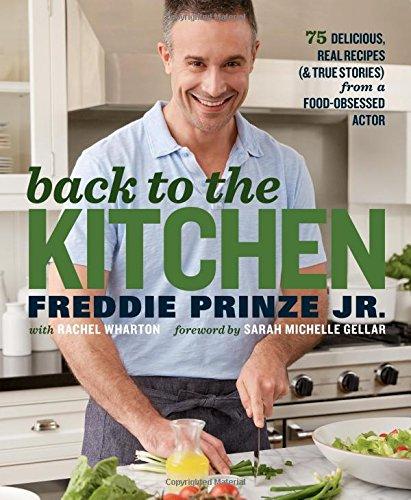 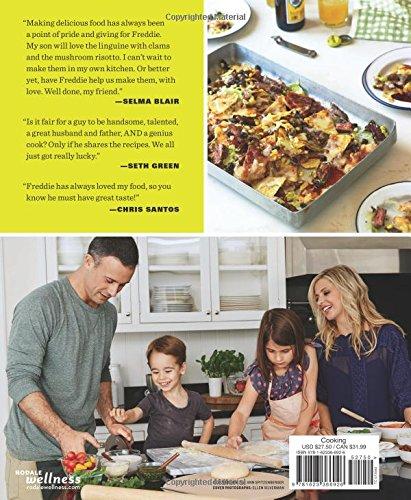 There’s actually quite the drama behind Freddie’s keeping his mad cooking skillz under lockdown all this time; he told Bon Appetit one of his recipes is so next-level, it made an unnamed actress turn stalker.

“I actually once made lobster with sauce that changed an actress completely—she fell in love with me to the point that it was creepy. That’s in the cookbook too.”

Did we mention Sarah M-G wrote the foreword?

Back to the Kitchen: 75 Delicious, Real Recipes (& True Stories) from a Food-Obsessed Actor is out June 7.