Look, we’ll say this right off the bat – Tide Pods and other such detergent products look bloody delicious. They have the fat, juicy appearance of fresh berries and they seem like they would pop with fruit flavour in your mouth, but they are very bad for you and you should not consume them, despite how much your primitive brain tries to convince you that you should.

Internet memes about laundry detergent and the deliciousness thereof are pretty old hat at this point, but in recent weeks, for whatever reason, something called the Tide Pod Challenge has taken hold. The challenge consists of actual, real people filming themselves eating the pods, trying (and failing) to keep them down, then daring friends to do the same.

It’s like the ice bucket challenge except even more fucking stupid, and instead of raising awareness for a cause you are literally eating laundry detergent.

How legit is the Tide Pod Challenge? Legit enough that it’s apparently become something of a minor public health crisis in the US, and overnight, the Consumer Product Safety Commission, an actual federal government body, sent out a Tweet pleading with Americans to stop consuming detergent.

“A meme should not become a family tragedy,” they wrote. “Don’t eat poison.”

We’re not going to post any of the videos, because it’s literally just dumb kids chomping down on sachets of detergent and we don’t want to encourage that, but the pods contain “ethanol, polymers, and hydrogen peroxide” and are extremely toxic, and look, you just shouldn’t eat them, okay? 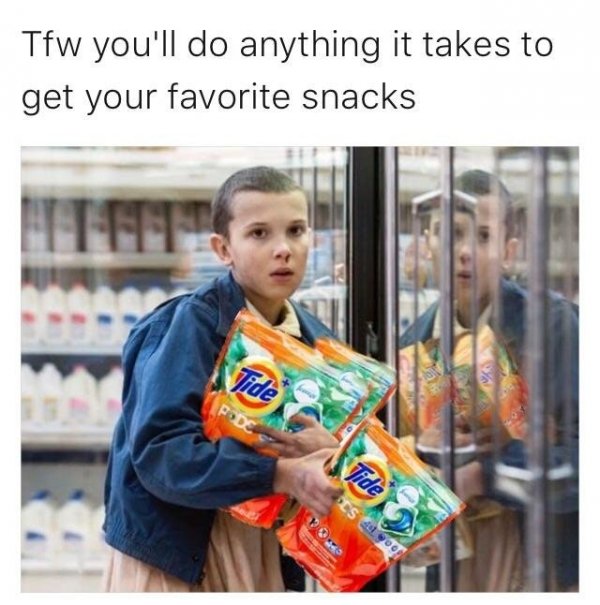 Procter and Gamble, the company behind Tide Pods, has released a statement, saying:

According to US Poison Control, the negative effects of biting into laundry pods include “coughing, choking, trouble breathing, coma, and possibly death.” You hear that, folks? “Possibly death.”

New alert about a dangerous online trend — teens are putting laundry detergent pods in their mouths and posting videos of themselves. pic.twitter.com/zNTreIsWCi

Do not eat Tide Pods, guys, we really can’t stress that enough.