The story of drug lord Joaquin El Chapo Guzman‘s escape from prison by tunnelling out of his jail cell is the stuff of movies, and clearly El Chapo knows it.

His recapture was in-part brought about thanks to his burning desire to have a biopic made about his life, with Mexican Attorney General Arely Gomez Gonzales indicating in a press conference after his capture that El Chapo’s contact with “actresses and procedures” were an “important element in determining Chapo’s whereabouts.”

And, of course, his WTF seven-hour secret meeting in the jungle with actor Sean Penn is the stuff of future gonzo journalism legend, or at the very least, a Rolling Stone feature. 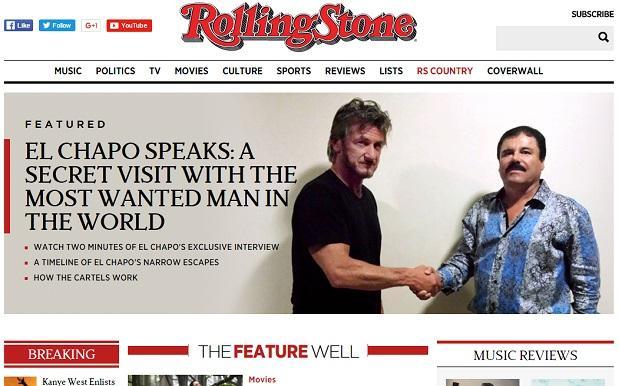 But as a text conversation between the drug lord and his attorney Andres Granados show, El Chapo had absolutely no bloody idea who Penn was.

The text messages – which were obtained by the Mexican government just over three and a half months ago, and published by Mexican newspaper Grupo Milenio yesterday – cover conversations between El Chapo, Granados, and Oscar winner and actress Kate del Castillo, who facilitated the meeting.

When Granados indicates that del Castillo wants to bring Penn along to the meeting, El Chapo has to ask who he is. Granados replies that he was the actor who did 21 Grams, to which El Chapo asks what year the film came out.

2003, replies Granados after checking, and then adds that he’s a political activist who was highly critical of the Bush administration.

Read the chat below: 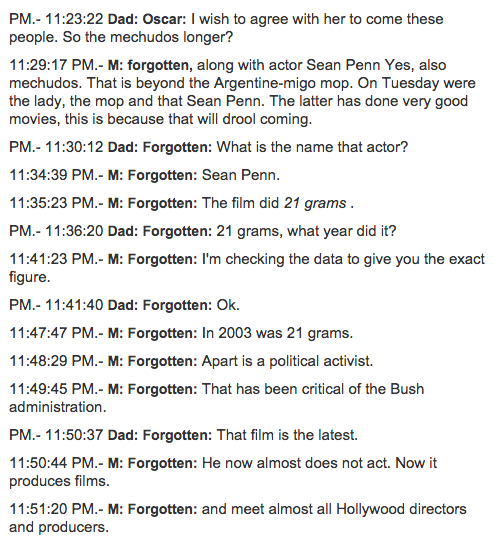 (Note: these have been Google translated to English, but Milenio writes that “the texts, riddles with spelling and thick fingers (almost certainly because of the “corrector” automatic) fails are published corrected.)

Meanwhile, Hollywood is thirsty AF to get working with Sean Penn, and El Chapo is playing musical jail cells to prevent any further escapes via tunnelling.

Calling it: this is the weirdest fkn story of 2016.