Cards on the table here, just about all of us have hit the sauce a little too hard and woken up somewhere unfamiliar without much recollection of how we got there. A few of us have even been confronted first thing by complete strangers looking at us with quizzical expressions.

It’s just that, in the majority of cases, there’s always a mostly logical explanation for how we ended up there. Or a light and whimsical story that we’ll relate to our mates later on in the day once our dignity regenerates.

What I’m getting at here is that no matter how cooked we’ve gotten, not a lot of us have had to commit several crimes in succession in order to find somewhere to snooze.

Yet here we are in the blessed early throes of 2017, and Victoria Police are on the hunt for a random bloke who apparently broke into a house, made a bed for himself, fell piss-ass asleep, only to be disturbed in the morning by the owners of said house, both of whom were understandably quite miffed about the whole situation.

On the list of things you should do if by some ridiculous miracle you find yourself in this position, “threaten the home owners with a knife” should not be in your top 5.

Owners of a home in the eastern Melbourne suburb of Donvale discovered a home intruder sound asleep in a bed when they arrived home at around 11am on December 29th.

The young man, who investigators believe to be in his early 20s, had allegedly dragged a bed out of a bedroom and into the living room of the house, where he was found asleep. After waking him, the man threatened the residents with a knife, who then turned a camera on him and filmed the incident. The man then fled the house on foot after police were called. No one was physically hurt in the incident, and nothing was stolen from the house.

Victoria Police have released the footage captured by the residents to media, in a bid to identify the unknown intruder.

In some bizarre news, police have released footage showing an intruder accused of falling asleep inside a home he’d broken into! #9Today pic.twitter.com/Aep8nQtAqj

Police are urging anyone with information to contact Crime Stoppers.

We strongly suspect this bloke might have some hot intel: 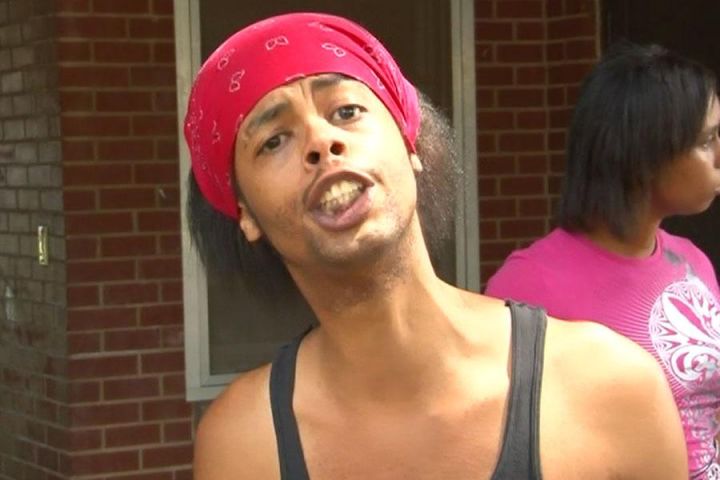