fighter Conor McGregor has been photographed being escorted in handcuffs out of a NYPD precinct after being arrested for attacking a UFC bus with a trolley, breaking a window and injuring several people. He has been  has been charged with three counts of assault and one count of criminal mischief after his rampage following a UFC press event in New York.

The people injured during McGregor’s attack include fellow UFC fighters Michael Chiesa and Ray Borg. It is believed he is likely to face civil suits in addition to his criminal charges. Here’s his mug shot, which has been made public:

Somebody put this on a shirt ASAP. pic.twitter.com/OwaH9skoyb

UFC boss Dana White, who initially told the media and the public that a warrant was out for McGregor’s arrest, has been cagey on what this means for the future of the massive Irish star, and wouldn’t say whether it would affect his future in the UFC. 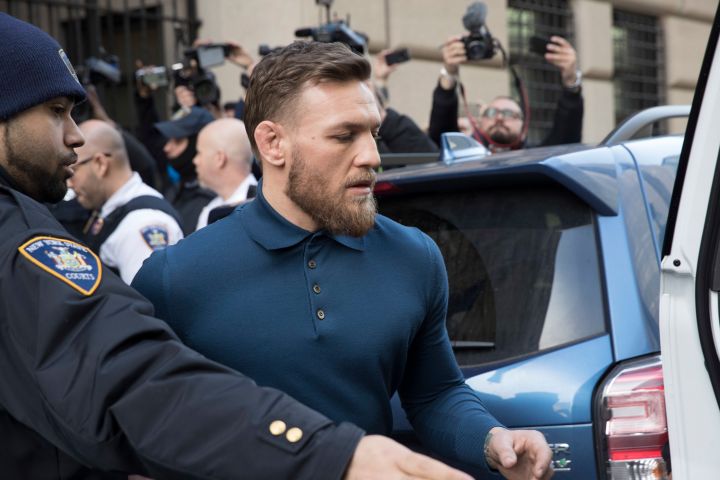 “I don’t know [if he’ll fight again],” White told ESPN on Friday. “I honestly don’t know the answer to that question.”

It’s worth mentioning that short of him committing a mass murder, the UFC would absolutely not be keen to ditch their biggest star. McGregor has been a huge reason for MMA’s increasing mainstream appeal, and his boxing bout with Floyd Mayweather boosted his stardom into the stratosphere. A mercenary business mind like Dana White would absolutely have no interest in punishing Conor for this – but there’s no doubt he’d use it as leverage on the star.

White told media that McGregor texted him about the conflict, blaming it on a confrontation between fighter Khabib Nurmagomedov and another fighter on the card, Artem Lobov. Labov is one of Conor’s teammates. 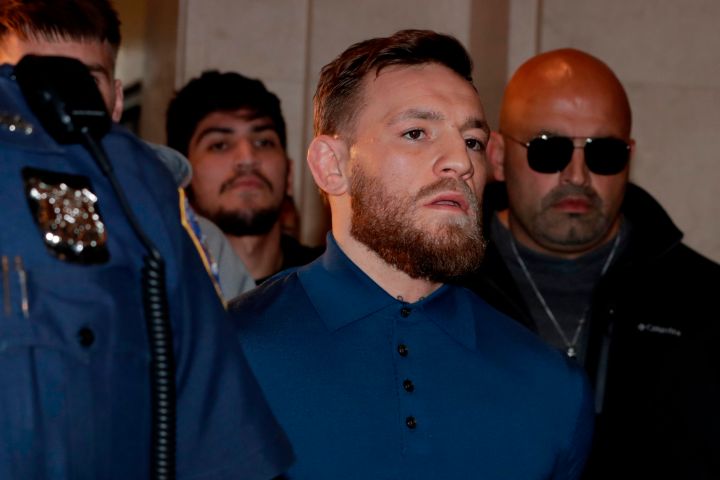 “Most of the things [in the text messages] I would rather not say, and probably can’t say, on TV,” White told ESPN, confirming that McGregor is not particularly remorseful about the incident himself – though the UFC chief insists he is apologetic about any injuries incurred.

“This is the most disgusting thing that has happened in the history of the company,” White went on to say.

Chiesa and Borg were forced to withdraw from fights this weekend because of their injuries.