If you answered ‘enable a response from a social media consumer base prone to inflamed torrents of twitter rage‘ you’d be correct. Alternatively, if you answered something along the lines of fraud, obscene content or drug trafficking you’d also be correct. Although I think it’s safe to say the latest social media gaffe from one of Australia’s largest corporations – well, supermarkets – is in an altogether different, less-actually-criminal realm. 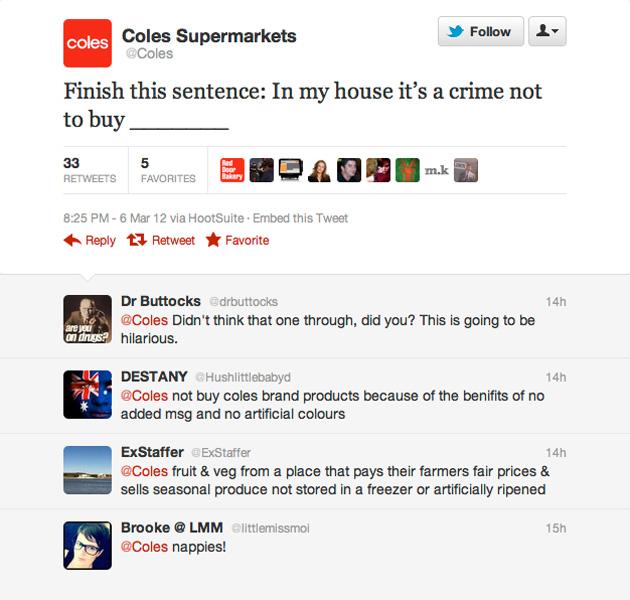 NAPPIES! Coles has done a #QANTASLuxury and invited an irate public to respond to the original tweet “In my house, it’s a crime not to buy _______ ” with a deluge of negative responses, including: 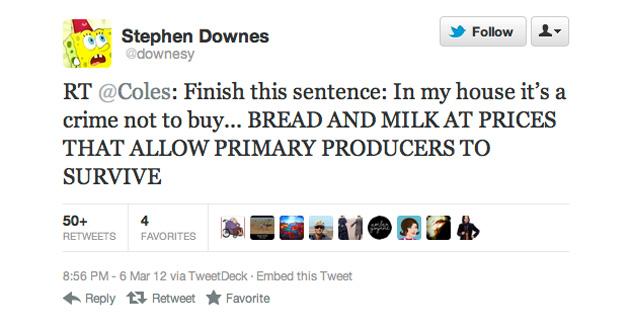 In an all-too-late attempt at back-pedalling, the following was tweeted: 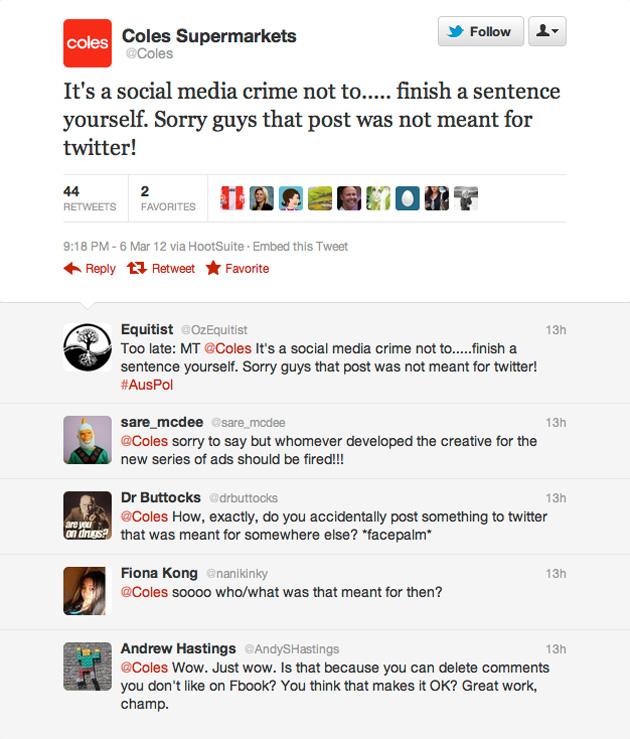 I don’t know Coles, even if that post wasn’t meant for Twitter it still would have garnered the negative response it deserved, regardless of the platform it appeared on.

The ‘finish this sentence’ gimmick is the latest in a string of social media failures from large corporations trying to connect and engage on a consumer level. Woolworths did the same thing on Facebook in February, with a “Finish this sentence: This weekend I can’t wait to…” inviting over five hundred responses. 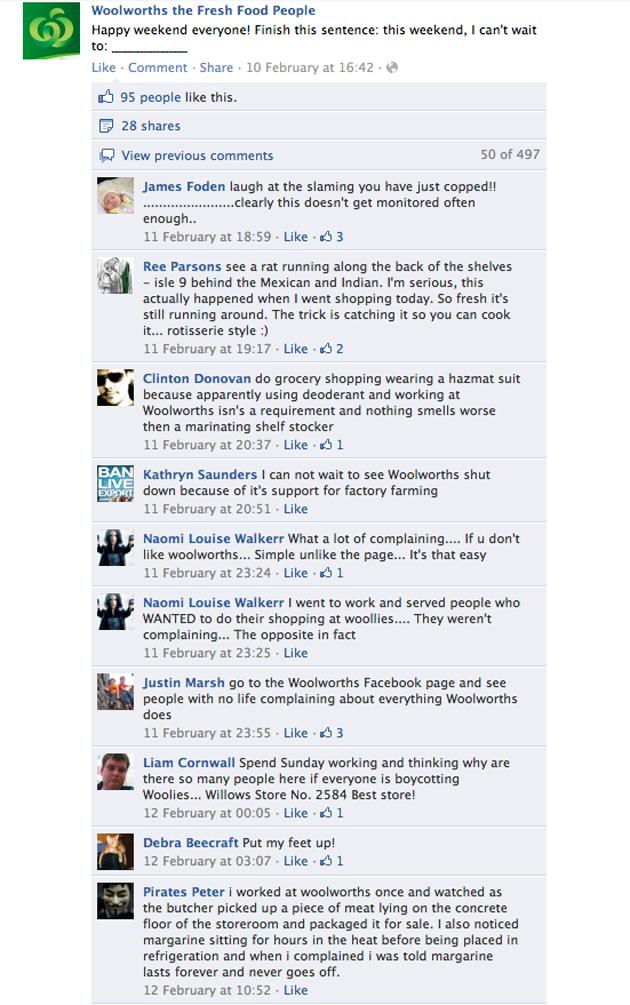 Coke’s social media experiment a week ago – which has now been taken down – also fizzed out when they asked their Facebook audience to “Add a word to the person above you to create a happy story!” Seven hundred additions to the thread, ranging from negative to obscene, followed shortly thereafter creating a pretty messed up fecal-Facebook-focused game of Chinese Whispers. On Australia Day, Tooheys made a similar blunder when they asked “What makes a great Australia Day barbie?“, allowing for white Australia to rear its fugly head: 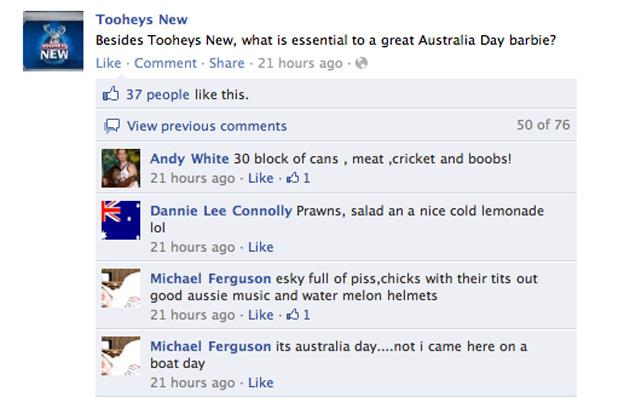 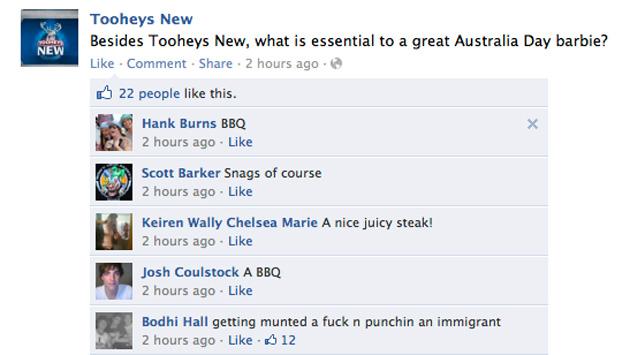 At the end of the day, it’s social media. No one died. People vented their frustrations with large corporations. That’s what the #twitterz and the Facebooks are there for. There’s a pretty fine art to gauging the desired response from your audience, and thanks to big business, it’s becoming pretty clear how not to go about it. At least we can all learn something from this – and that’s to never shoot a blank.

Coles: Helping you Tweet better. Next time around, anyway.