Ah, public transport: surely the theatre that Shakespeare imagined when he wrote that “all the world’s a stage” jazz. Is there any other platform on which to take in the full spectrum of human comedy, tragedy, aggression and abject grossness so fully? In what other playhouse are you simultaneously audience and actor, participant and spectator, malodorous and odoured-upon?

It’s also a profoundly weird aspect of modern life, in that we cram ourselves into moving tubes of various sizes along with hundreds of strangers with whom we’d otherwise never interact, and just hope for the best.

Brisbane Reddit user brizburn has turned an anthropological eye on the phenomenon, posing the sterling query to r/brisbane early this morning: What’s the worst or funniest thing you’ve seen on Brisbane’s public transport?

And the citizens of Brisbane responded, in one, hollow voice: scenes from your nightmares.

Aside from the standard complement of commuters lulled to sleep on long-distance trains, only to wake up several hours from their intended destination (“shit I was meant to get off at Beenleigh!“), the litany of verbal abuse, racial and otherwise, and people spewing or pissing themselves, it turns out that Brisbane’s public transport might actually be a thin point between this world and some form of the Upside Down. Case in point:

“This was a few years back, but I once had the pleasure of being on a Nambour to Roma St express with the dude who made headlines for getting a giant dick tattooed on his back against his will. He was rave dancing to music pumping from his comically oversized headphones around his neck, then took his shirt off to show everyone the aforementioned tattoo. When he started getting up into people’s faces and yelling I took my cue to exit the carriage.“

And this disconcerting one-man show:

“Back in my school days, there was a mentally impaired man who would argue with his reflection in the windows, but only his reflection. So he’d be sitting there silent, then the bus would make a left or right and the sun would hit the window just right to cause a visible reflection and he’d start arguing. As soon as his reflection disappeared, he would go back to be being silent. But he had some serious discussions with himself. He’d occasionally punch his reflection when they disagreed.“

“Bus driver (politely): excuse me sir, is there a bird in your bag? Man: No. Bag (muffled): Chirp, chirp chirp! Bus driver: sir, I’m going to have to ask you to get off the bus. Man: ok.

Saw him getting out the poor budgie as he got off. The bird shit all over his shoulder was also kind of a giveaway.“

Or maybe this, which is so revolting as to be difficult even to read:

“was on the way home on the Shorncliffe line and was between Nundah and Northgate when i spotted it. it was an elderly man sitting down on one of the disabled seats and he kept spitting at the floor in front of him. by the time i got off at Boondall the size of the spit pile was that of an average dinner plate. pretty disgusting.“

But there are beams of light shining through the otherwise dreary (or disgusting) infrastructural drek, like:

“Riverview Trainstation: Mid-20’s tall thin guy in nothing but tighty-whiteys, stoned off his tits, trying to pick mangos from the tree out front.“

“Probably the most memorable was a group of intimidating rough looking giant islander guys coming on the train. They are standing around a bit fidgety. Then once the train starts up the whole group starts harmonising, singing My Girl. They REALLY got into it…“

“Had one guy stoned off his gourd cheer happily and shout out “Now arriving at Happy Prickle!” when we arrived at Gaythorne station.” 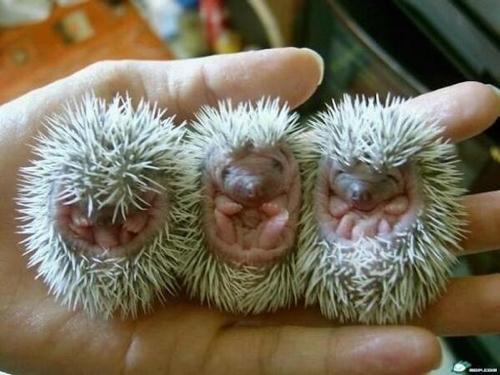 And oh god I hope this is true, because if it is then it’s the best thing anyone’s ever uttered on public transport:

“When I was a teenager catching the bus to school, some kids kept pressing the bell for the next stop and not getting off. The driver eventually lost it and sprung out of his seat and yelled WHO IS THE PHANTOM BELL RINGER“

Read the full thread and unburden yourself of your own bus- and train-related anecdotes right here. Let it out. Those ugly patterned seats are the only true equaliser; we’re all in the same CityCat now.