Backpackers Are Being Paid As Little As $2.50 Per Hour To Pick Fruit, Damning Report Finds

The report, written by researchers Edward Cavanough and Connor Wherrett for the McKell Institute, looks at blueberry farms in the Coffs Harbour Coast Region of NSW, which are home to 65% of the country’s blueberry crops.

Now, we’ve known that the underpayment of WHMs, backpackers and migrant workers has existed within this country for quite some time now, and the report even addresses as much, expressing in the introduction that “this report is not a unique exposé.”

According to the authors, the report, which you can read here, “adds to a large number of reports and investigations that prove the fundamental problems with the WHM program that have led to widespread exploitation in Australian horticulture.”

READ MORE
Sorry, But Anyone Thinking You Can Earn $3K A Week Picking Fruit Has Never Actually Done It

The findings in the report (of which there are ten geographically-specific discoveries) detail that coercion, exploitation, illegal labour hire practices and a culture of silence permeate the industry, where WHMs and backpackers are targeted in the worst way.

Firstly, the report details that pay on blueberry farms can be as low as $2.50 per kilo, which means that an individual would need to pick 9.74 kilos and hour just to achieve the basic minimum wage. This performance-based style of pay can lead to workers being exploited and unfairly treated.

“Few workers, nor employers, keep a record of the hours worked by the employees, which makes quantifying a precise hourly rate challenging.

“Though COVID-19 has imposed some challenges on labour supply in the regions, this has been ameliorated on the Coffs Coast, which has seen a continued inflow of migrant workers.”

Thankfully, they included a very helpful graph within the report to break the numbers down. 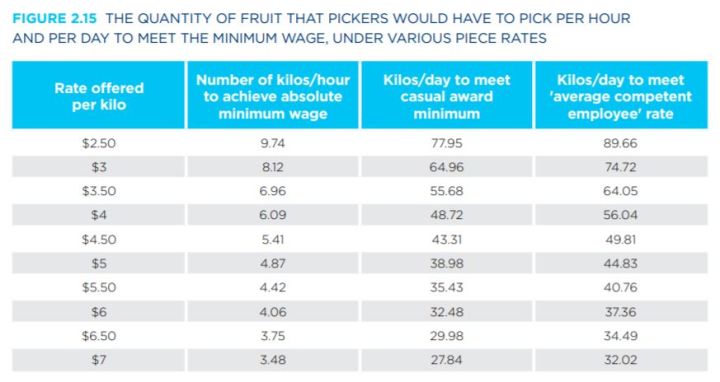 The report also details, amongst other terrible things, that workers are often required to purchase their own equipment for picking blueberries, and are also made to live in 4-person shipping container dorms for around $480 a week. 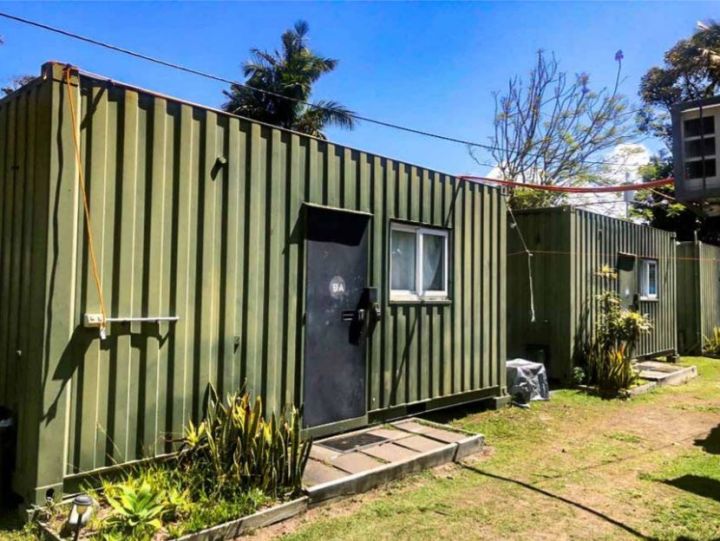 First-hand accounts from backpackers also fill the second half of the report, including interviews from multiple individuals who claim that their experiences on blueberry farms around the Coffs Harbour region were anything but fair.

Sara, 28, an Ecuadoran woman who worked in Valery, says that on days where she would work 8am-4pm, she would still earn only $20.

“We didn’t really say anything to [the contractors] because we were afraid,” she said.

“If you don’t work you don’t get money so people rather work every day as many hours as they can to make money”.

Jessica, 24, a British woman reported that she was enticed to work on the farms after being promised that she would make around $1000 a week. This, however, was not the case.

“The picking was really terrible at the beginning… In the first couple of works I probably made like a hundred dollars,” she said.

“One time I had to transfer myself money because I can’t live”.

According to Jessica, the conditions of the living situation for backpackers were apparently full of intimidation.

“It is kind of like prison….like prison guards walking up and down. Everyone [of the WHMs] was really pissed off and upset towards the end [of their 88 days]. As soon as anyone completes their days, they’re gone”.

Ultimately, despite COVID-19, the report posits the manipulation and exploitation of fruit farm workers has not changed at all.

“While not every employer is doing the wrong thing, too many are,” the authors state.

“Ultimately, the illegal practices observed in this report do a disservice not only to the workers who are being underpaid, but to Australia’s reputation.”

You can check out the full report for yourself right here.