Seven people, including a 14-year-old, have died during a shooting spree in the city of Kalamazoo, Michigan, which targeted an apartment block carpark, a restaurant, and a car dealership.

Police have a suspect – a white male in his late 50s – in custody, after he appeared to randomly target victims in the northern American city. 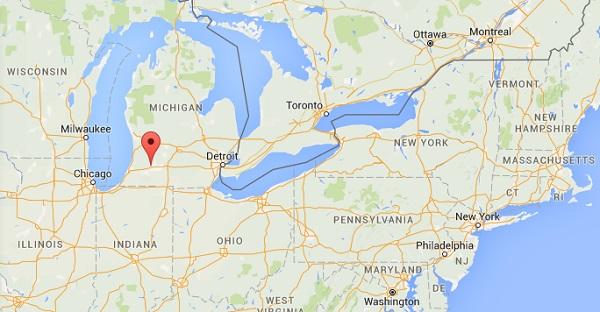 Nine people in total were confirmed to have been shot during the ordeal; one survivor has had their condition listed as critical, while the other is currently in a serious condition.

“In summary, what it looks like is we have somebody driving around, finding people and shooting them dead in their tracks… I would say definitely it’s a serial killer.”

The man was detained “without incident.” Matyas also said the threat to the public was now over.

The city’s Department Of Public Safety took to Facebook to inform residents.

Per Chief Hadley, possible suspect apprehended without incident in downtown Kalamazoo, based on fitting the description….

Posted by Kalamazoo Department of Public Safety on Saturday, 20 February 2016

Our thoughts go out to all involved.